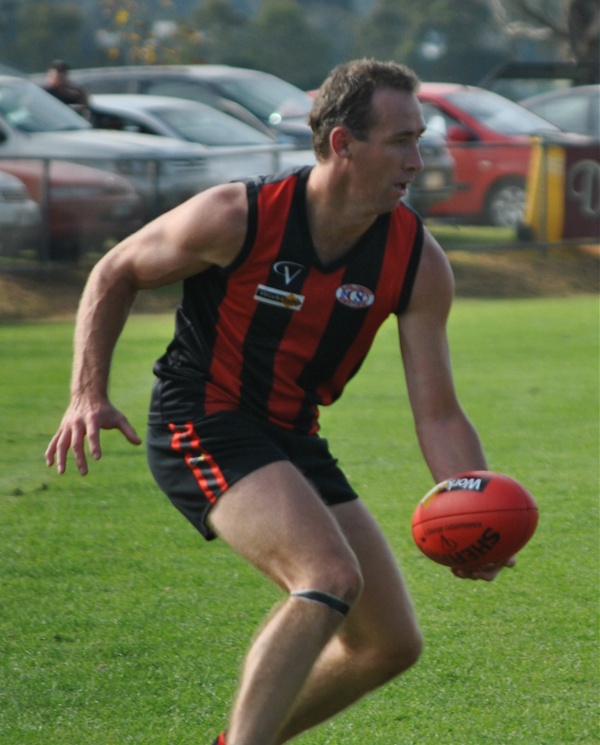 In his first match since injuring his knee during the 2010 finals, Adrian Burgiel booted seven goals, causing havoc for the Tiger defence alongside Jack Tatterson, who kicked six, Daniel Bedggood and Daniel Stubbe, four each.

Burgiel and Stubbe showed little sign of the injuries which had hampered their recent seasons, marking most kicks which came their way.

The Eagles were able to wrest control of the midfield away from the Tigers, giving their forward plenty of goal-scoring opportunities.

Kel Porter continued where he left off at the end of 2011, with another best-on-ground performance, while Alex Carr, in his senior debut, was also outstanding through the middle of the park.

In defence, Winston Gieschen and Sam Tudor were solid as ever.

After a slow start, which saw the visitors lead by 13 points midway through the first term, the Eagles kicked the last four goals of the quarter to lead by 23 points at the change.

The Eagles continued that dominance in the second term, kicking eight goals to four to take a 48-point lead into half-time.

The win in the seniors completed an unblemished day for the Eagles footballers, with their reserves winning by six points, under 18s by 54 and under 16s by 88.