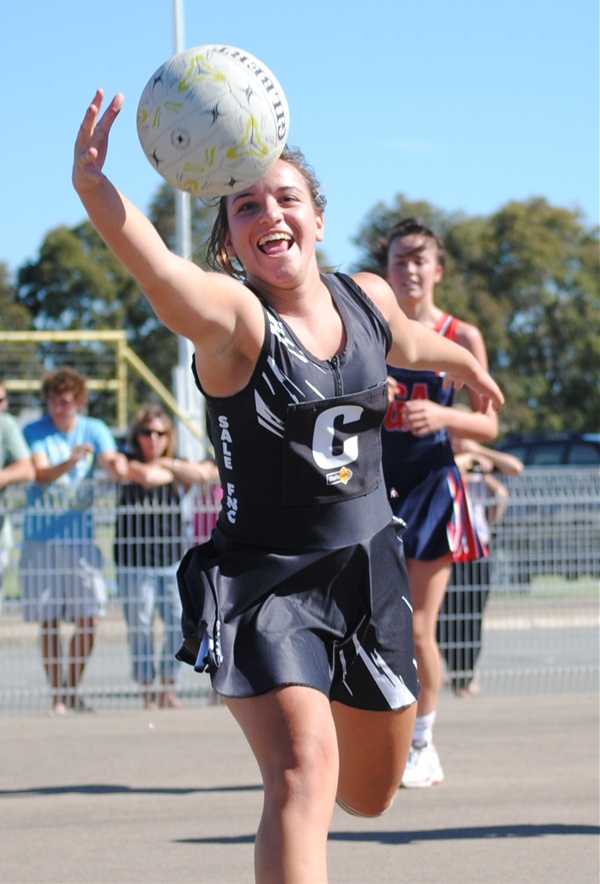 MAFFRA began the Gippsland League netball season in excellent fashion, with its A grade side scoring a 43-40 win at home against Morwell.

The win against a strong side should give the Eagles confidence of good showing this season.

SALE’S A grade side began the season with a thrilling win at Bairnsdale.

The Magpies went into the match against the Redlegs, who finished third last season, as the underdog but were confident of a good showing.

The Magpies began confidently, leading 13-17 at the first change before the home side hit back with a 12-4 second quarter to lead 19-17 at the main break.

Sale got its teamwork flowing in the third quarter to head into the final change two goals up.

After a desperate goal-for-goal final quarter, Sale held on to win 44-42.

In B grade, Sale was only a goal down at half-time but Bairnsdale broke away to win 43-30.

In C grade, the Redlegs, with better rebounding and teamwork, won 44-26.

In the under 17 match, Sale led 16-4 at quarter-time before the Redlegs fought back in the second term. The Magpies regrouped to finish strongly and win 46-25.

The Magpies also began the under 15 match strongly and after four even quarters of teamwork and accurate shooting, won 45-9.

With five players in Ballarat on a basketball trip, the Sale under 13 team used its development squad to fill the gaps, fighting well before going down 26-16.