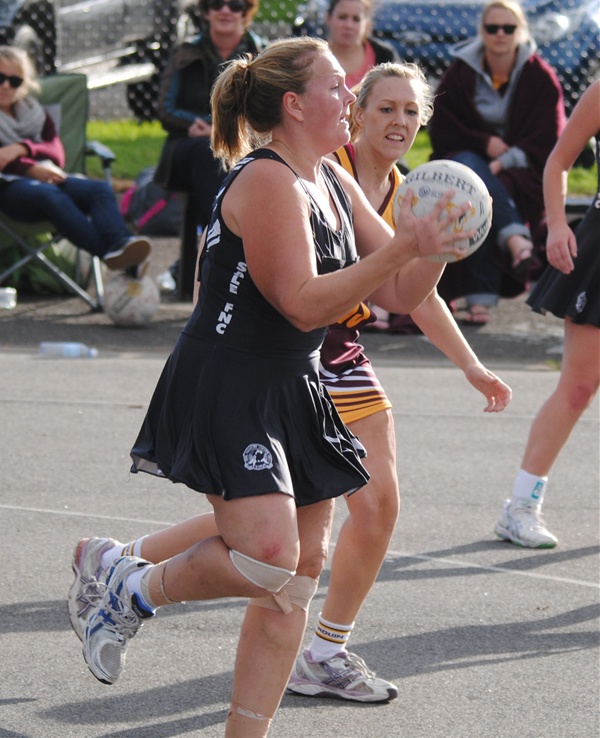 THE Sale A grade netball team, which has suffered crushing defeats against the top teams in recent years, has had an amazing start to the 2012 Gippsland League season.

Coming off a round one upset win over Bairnsdale, who finished third last season, and the bye in round two, the Magpies came up against Drouin, who many were expecting to bounce back after going down to the young Maffra team.

In the past the Hawks’ physical game has crushed young Sale teams, but the 2012 Magpies look tougher and ready to mix it with the best.

In a high standard physical clash, Sale absorbed the early onslaught to go into quarter-time at 11-11.

The Magpies edged ahead by half-time, leading 28-25 before their 15-10 third quarter shocked the Hawks.

The Magpies’ big pre-season came into effect during the final quarter, when they outscored the reigning premier 17-12 to win 60-47.

The team was coached by under 17 coach Jo Ballinger as Di Jolly was in Queensland at the national polocrosse championships.

IT was a case of another week, another close win for Maffra’s A grade team.

The Eagles maintained their undefeated start to the season with a 32-30 win at Warragul.

A test will come this weekend when the Eagles host the only other undefeated team, Leongatha.