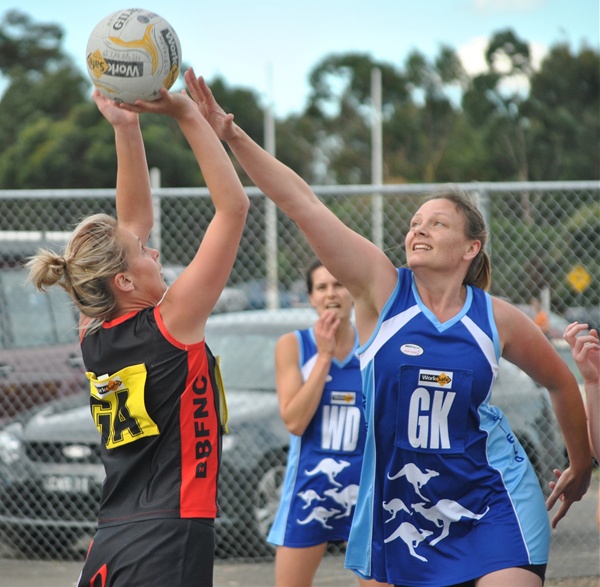 AFTER 22 consecutive victories, Rosedale’s winning streak is over, going down to Traralgon-Tyers United in a rematch of last year’s North Gippsland netball grand final.

In a solid physical contest the Bombers held sway in the final term to record a four-goal victory, 48-44.

Churchill provided the surprise result of round three, convincingly accounting for Gormandale at home by 17 goals.

A number of sides opened their account in round three, with Heyfield scoring a 45-28 victory over Boisdale-Briagolong, Cowwarr proving too strong for Glengarry and Sale City defeating Woodside by seven goals.