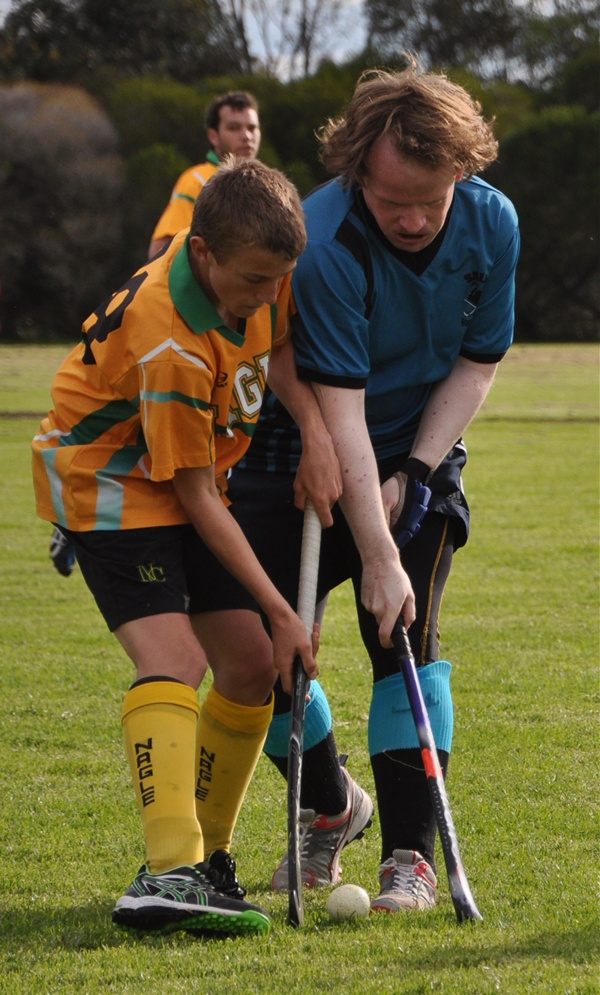 The Sale Cygnets defeated Nagle 3-1 at home after a close fought game. Sarah Boag and Makayla Colley scored for the Cygnets, with Fiona Morrison Nagle’s scorer.

In the other women’s game played at Sale, on a surface marred by long grass and clippings, the Sale Swans overcame Wellington 3-2 in another good hard game. The Swans’ goals were scorerd by Ursula Barnsley, Ann Mitchell and Carol Morris with Jen Bullers and Jessica Cull scoring for Wellington.

IN the men’s, Nagle defeated Sale 1-0 with a goal scored by Ben Howden. In a fast moving, skilful game which moved from end to end, there was very little separating the two sides.

Bairnsdale was too strong for Maffra, winning 5-3. Scott Gillett scored two goals for the winners with one each from Dave Donaldson, Charlie Martin and Mitchell Meade, while Ricky Kofoed, Alex Boyd and Dave Gower scored for Maffra, who showed good promise.

Orbost lost to Swan Reach 6-3 at home. For Swan Reach, Jon Knight scored twice with one each from Sam Richardson, Gerard Tong, Dave Tong and Simon Murrell, while Brendan Coulton scored a hat-trick and Jesse Washington one goal for Orbost.

TOMORROW, Sale will travel to Orbost, Maffra hosts Swan Reach and Bairnsdale will be at home for Wellington in all grades, except the men, who will play Nagle.

For results from other grades, read Friday’s Gippsland Times.