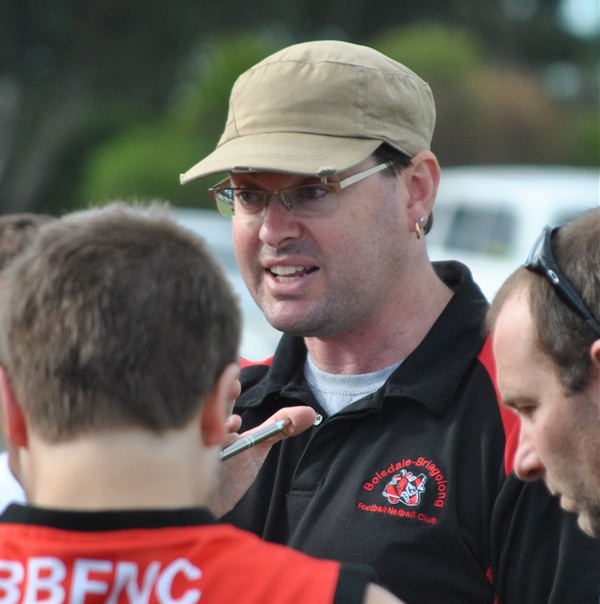 “NO more excuses” – that’s the message Boisdale-Briagolong coach Daniel Sandeman has for his charges.

With a number of changes likely to the team to host Woodside tomorrow, Sandeman said he was frustrated with his young side’s recent performances after starting out the North Gippsland football season strongly against Gormandale.

“Round one we played brilliant footy, the boys played four quarters of good team orientated footy since then we have been poor in patches,” Sandeman said.

Knowing his side has so much potential, Sandeman was at a loss to explain the Bombers’ frustrating form.

“Our second quarter against Heyfield was very embarrassing, we found a bit after half time but it wasn’t pretty footy,” he said.

“There’s the excuse that as we are a young side that it can be excused, but it’s not an excuse. The guys have so much potential and they can do it, but we seem to make excuses more often why we don’t.

“I can handle losing, but when we lose games without showing any intensity or fight it is disappointing. On the weekend only a handful stood up.

“It is not only me that is frustrated, the players are too, we have spoken about it and we can’t pin point what it is. It seems to be more mental than anything.”

Sandeman said the Bombers could not afford to complacent against the winless Wildcats.

“We are not in a position to take anyone for granted, we have to go out there and give 100 per cent commitment if we are to take the points,” he said.

“With only three wins in two seasons, we are not setting the world on fire but we are capable of playing good footy.”

Woodside coach Luke Anedda was expecting tomorrow’s match to be another fierce clash.

“It is always a tough gig at Boisdale, a hard contest which the guys are looking forward to,” he said.

While the final score didn’t reflect how close the Wildcats were against Sale City, they were only 11 points down 10 minutes of the third term with Anedda impressed with the quality of football his side played.

“Our intensity and energy in the first two quarters was right up there, we didn’t bring that to our game against Glengarry, while we showed patches of it against TTU,” he said.

“If we can focus this week on our energy and want for the ball, put it together for four quarters then I am confident that we can get the win. The young guys are hungry for their first win, we can smell that the four points are just around the corner.”

RIVALS during the last decade after meeting each other in three grand finals, Churchill and Heyfield, will meet.

The Cougars’ season came to life last Saturday with a comprehensive win at Gormandale, but their resolve will again be tested at home against the Kangaroos, whose finals credentials will be test.

The Kangaroos have reinforced thoughts they will be the big improvers in 2012 with big wins over Gormandale and Boisdale-Briagolong in the past fortnight.

The Bulldogs defeated Woodside by 96 points, but will need to up their tempo tomorrow when they play last year’s preliminary final opponent.

While it is far from panic alarms three rounds in, the Saints look a shadow of the side whose fearless attack on the ball and relentlessly quick brand of football took it to the preliminary final in 2011. The Saints find themselves in a similar situation to that of last season and will be confident that they can turn their fortunes around with a win against the reigning premiers perhaps the spark they need.

AFTER passing the test of TTU last week, Rosedale will be challenged again tomorrow, this time at Glengarry.

Coming off two strong performances, Glengarry will be confident it has what it takes to hand the Blues their first defeat.

With the arguably the toughest start to the season against sides likely to push for finals places, the Blues have barely battered an eyelid. Having accounted for Heyfield, Churchill and TTU, there is plenty to like about this Blues outfit which is far from full strength.

The Blues have been one side which has proven to the torn in the Magpies’ side with their pacey midfield consistently provided headaches.

A REBOUNDING Traralgon-Tyers United will host winless Gormandale, who remains a work in progress.

The Bombers failed to kick a goal in the second half against Rosedale with their forwards under intense defensive pressure.

While the Tigers have performed strongly against the Bombers over the past four seasons, do they have the right combination to match a new-look TTU line-up?