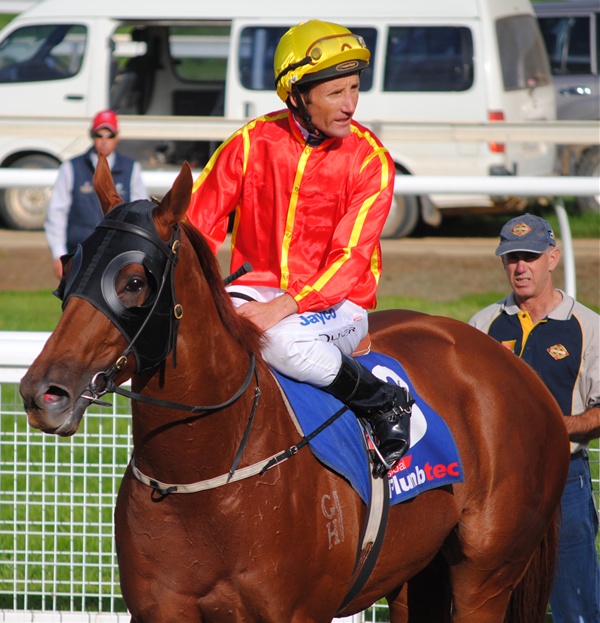 Oliver’s two wins for Flemington trainer John Sadler came from his four bookings on the day.

They completed their double with Encosta de Lago three-year-old filly Houston Benefactor in race five, the class 1 handicap. The three-year-old has two wins and three placings from 11 starts.

In one of the best finishes of the day, Petworth House, trained by Anthony Freedman, and local gallopers Danestroem, for Ian Hutchins, and Andrew Murray’s Speck of Gold hit the line together. It took a photo to separate the charging horses and decide the two-year-old fillies maiden plate.

Freedman’s Encosta de Lago filly got home by half a head from Danestroem, ridden by Vlad Duric, who ran another good race is due to break through for a win. Murray looks to have a very smart two-year-old filly in Speck of Gold, who finished third.

Borsay, trained by Peter Moody and ridden by Daniel Stackhouse, won the race one maiden place.

Nikolaevena, trained by Michael Howard at Pakenham and ridden by James Winks, won race four from Moody’s Genuine Spin, who flew home to finish second in the eye-catching run of the day.

Cranbourne trainer Robbie Griffiths and jockey Matthew Allen combined to win race six, the 0-72 handicap, with Chelembra, who was coming off a last start win at Kilmore.

Miss Beautymate, trained at Cranbourne by Mark Webb, has developed a liking for the Sale track as the four-year-old mare had won at Sale on April 1 and followed up with a win on Sunday in the 0-62 handicap from Parmour, who is trained at Mornington by Tony Noonan.

For a preview of this Sunday’s racing at Greenwattle read Friday’s Gippsland Times.