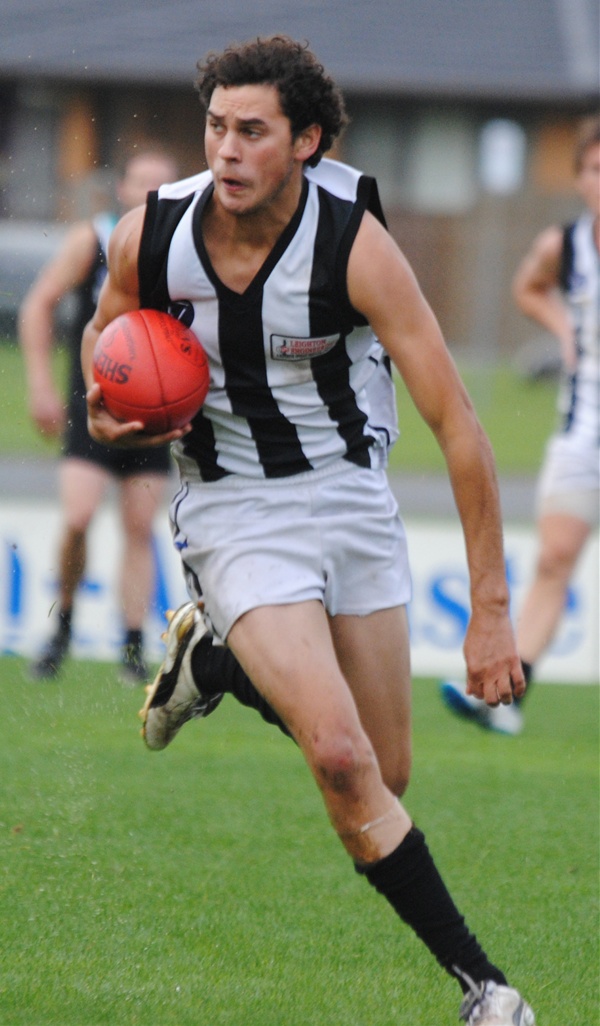 A DOMINANT first half set up Sale’s 14-point victory over Wonthaggi.

The Magpies led by 51 points at half-time before a desperate home side fought back in the second half. The Magpies won 10.20 (80) to 10.6 (66) to remain on top of the Gippsland League ladder.

Poor kicking for goal did not help the Magpies’ cause as they squandered many easy chances, kicking only 10 majors from 30 scoring shots.

Sale went into the match without defender Shane Fyfe with a broken finger and will miss the next two games. The Magpies received another setback during the third quarter when they lost in form centre half-forward John Gooch to a shoulder injury.

In the first half, Luke Collins dominated the centre and Ryan Pendlebury and Chris Laverty provided great drive out of defence. Kane Martin (three goals) and Corey Scholtes were also effective with long kicks into the Sale forward line.

Sale applied great pressure on the opposition with strong tackling being an outstanding feature of their game. The Magpies did everything right and held Wonthaggi to only one goal by half-time and it looked like another big Sale win was in sight.

The second half was to be a different story when a more desperate Wonthaggi got on top by kicking nine goals to Sale’s two.

Tall players Earl Shaw and Chris Wylie took control of the centre bounce duels for the home side as it consistently went into attack. At one stage the Power got within nine points of the Magpies.

Wonthaggi’s Nathan Jones and Daniel Domaille were proving elusive in attack and Aaron Guillmartin was prominent in defence. The Power was winning the centre clearances and kicked five unanswered goals to Sale’s two behinds in the third quarter, reducing the deficit to 22 points at three-quarter-time.

When Jones kicked the Power’s opening goal in the final quarter, the Magpies’ risky game plan was looking ragged and Sale needed a steadier. It came when wingman Brendan Rathnow kicked both of Sale’s final quarter goals as it held on to win what turned out to be a tight contest.

An undermanned Sale reserves was no match for Wonthaggi, going down by 50 points. Wonthaggi won the under 18s by a point, while Sale won the under 16s by 151 points over a scoreless Power side with captain Bohdi Walker outstanding.

BAIRNSDALE returned from Morwell with the four points.

The Redlegs led by six points after a poor first quarter of goal-kicking, with only three goals between the sides from 15 scoring shots, before the Tigers were unable to convert their domination of play in the second term into goals, kicking 4.5 as the sides went into half-time level.

AFTER trailing Warragul for most of the match, Drouin booted seven goals to three in the final quarter to win the Baw Baw derby by 22 points.