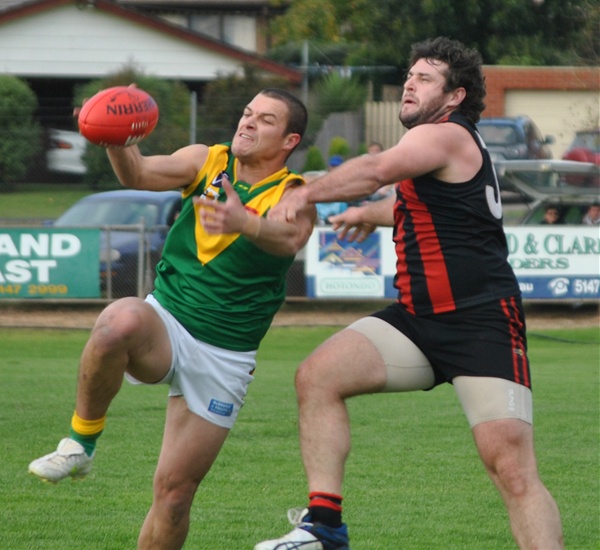 LEONGATHA recorded its first win at Maffra in 13 years and snapped a 22-game winless run against the Eagles, in the process proving why it is seen as the early Gippsland League premiership favourite.

After a tight first half, the Parrots took control, particularly in the midfield as the Eagles struggled at time to get the ball forward.

The Parrots put immense pressure on the Eagle ball carrier, forcing turnovers which where often punished with goals.

The Eagles cause was not helped by the absence of forwards Daniel Stubbe and Sam Bedggood, though captain Ben Batalha returned and Matt Lee came in for his first senior game of the season. Lee was the home side’s best.

Youngster Alex Carr continued to impress, while Daniel Beddgood kicked three goals to be the best of the Eagle forwards with Adrian Burgiel well-held by David Gourdis.

Josh Stubbe, Winston Gieschen and Sam Bristow tried valiantly to hold the Parrots attack, but the visitors had too many answers.

Jake Best was a constant threat in the Parrots forward line, kicking seven goals, including a couple of quality majors. Dwayne Holt proved his worth, kicking five goals.

In the reserves, Leongatha withstood a final term charge from Maffra to win by a point, but the main talking point for Eagles fans was the run of senior coach Hayden Burgiel. Hampered by a knee injury in recent seasons, Burgiel was able to kick one of his trademark long goals.