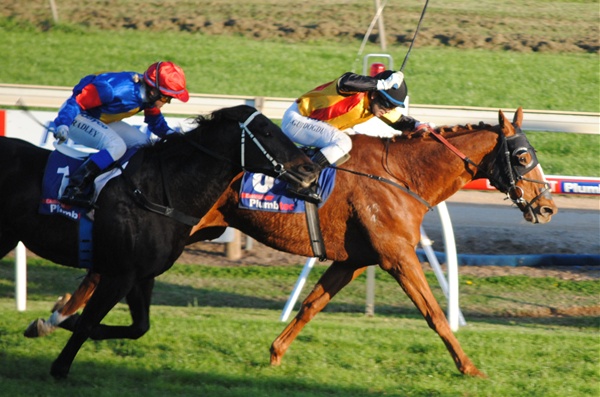 THE racing at Sale on Sunday, with very good fields, was another outstanding day despite the very cold conditions.

Black Caviar’s trainer Peter Moody is enjoying an outstanding run, which continued at Greenwattle with a winning double to maintain his lead in the Sale trainers’ premiership.

Moody and Benbow combined to win race one, the fillies and mares maiden plate, with three-year-old fillie Soul Mama, who broke through for a win after two placings from only three starts.

Moody and Benbow completed their doubles with Daley in the race three maiden plate. The three-year-old colt has been racing well with recent placings at Geelong and Bendigo

The next meeting at Greenwattle will be held on Thursday, May 31.