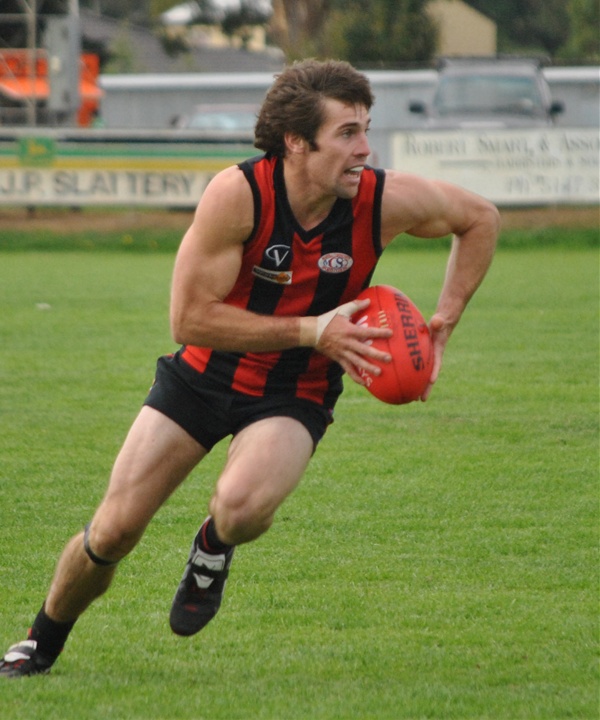 FRESH from a big win at Bairnsdale, Maffra will tomorrow face a Moe side confident after winning its first match of the Gippsland League football season.

The win at Bairnsdale showed the Eagles have multiple avenues to goal, with Daniel Bedggood stepping up to kick six majors. Not needing to rely on one or two forwards to boot goals should serve the Eagles well in the long run.

The Eagles never really gave Bairnsdale a look-in, dominating the midfield and only conceding seven goals.

Moe last year defeated Maffra twice in a home and away season for the first time since 1994, the Lions are a different side in 2012, losing several key players, but still have some quality in Ryan Donaldson, Kane Airdrie and James Blaser.

The Lions are in a rebuilding process, bringing in younger players who will be enthusiastic to prove themselves against a Maffra side which is strong across the ground.

Despite defeating Morwell last Sunday, the Lions will have to improve as the match was full of errors. Against the league’s better teams, like Maffra, mistakes often don’t go unpunished.

SALE visits Morwell with its defence in terrific form.

In each of the past two games, the Magpies’ miserly defence has conceded one first half goal. This laid the foundation for victories against Wonthaggi and Traralgon, while the Magpies kicked eight and seven goals respectively themselves.

Sale dominated an injury-riddled Traralgon on Saturday night. Despite the greasy conditions, the Magpies were able to show their skill in the 58-point victory.

The return of Dylan McLaren was a major positive for the Magpies.

The Tigers lost an at times spiteful match against Moe. With discipline an issue from this match, the Tigers will need to focus on the ball or risk being punished by the Magpies.

Any time the Tigers got close, the Lions were able to respond. The only time Morwell was in front was when it kicked the first point of the match, but it was able to draw level during the third quarter.

IN other matches, Warragul should fancy its chances of defeating Bairnsdale at home, Drouin will travel to Leongatha, which has not been a happy hunting ground for the Hawks, Wonthaggi has a chance of ending a run of four straight losses against Traralgon when the teams meet tomorrow.