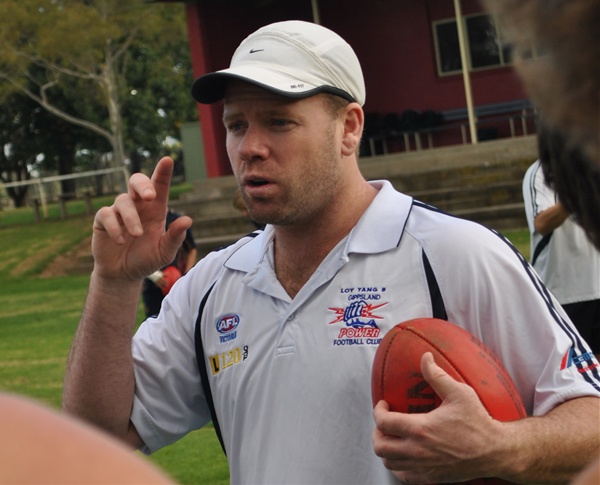 HARD work on the training track is paramount if you want to achieve success on the football field.

That was a key message conveyed by Gippsland Power coach Nick Stevens while conducting a skills session as part of Catholic College Sale’s AFL program at the College ovals on Tuesday, citing former Carlton teammates Marc Murphy and Heath Scotland as examples.

“Who here has watched Marc Murphy (on game day) and seen how hard he works to get to the next contest? That’s what makes him such a great player,” Stevens said while addressing the program participants after drill during the skills session.

“Marc Murphy and Heath Scotland are the hardest workers on the training track and they are the best runners in the Carlton team.”

“One of the key messages here is if you want to get somewhere, you have to work hard,” he said.

“It also involves discipline for general life, making decisions not only on field but in life in general.”

The programs are designed to run in conjunction with the VET Sports and Recreation program, time tabled in the same manner as other VCE-VET studies with three 80 minute periods with the program available to students from year 10.

Students also have to maintain educational standards to stay involved with the program.