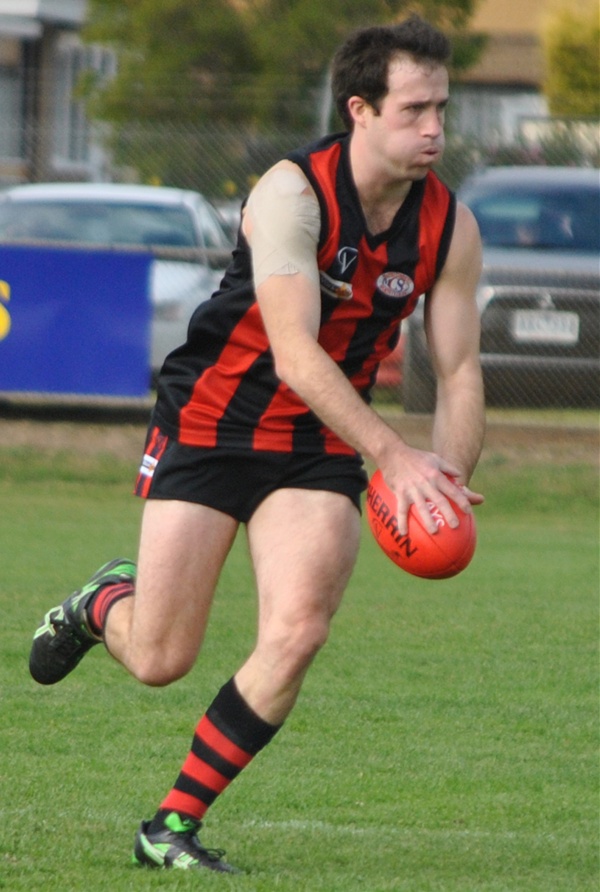 MAFFRA dominated the second and third quarters to set-up a 45-point victory at home during round six of Gippsland League football.

It took a while for the Eagles to find their groove, but when it happened, there was little the Lions could do to stop.

With captain Ben Batalha and Adrian Burgiel unavailable and Jack Tatterson and Matt Lee injured, it seemed the Eagles were ripe for the picking as they only led by a goal at quarter-time.

The Lions were applying pressure up the ground, while the Eagles were not kicking effectively into their forward line, which welcomed back Sam Bedggood.

The Lions levelled the scores with a goal from Rhys Pywell early in the second term before Daniel Stubbe, Joel Lambourn and Daniel Begdggood gave the Eagles an 18-point buffer.

A James Blaser goal cut the deficit for Moe, but Maffra effectively took the match away from the Lions with goals from Josh and Daniel Stubbe, Lambourn and Daniel Bedggood on the siren to get the home side a 43-point lead at the long break.

The Eagles continued their charge in third term, kicking four goals to one for a 63-point lead at three-quarter-time.

The performance will give the Eagles some confidence heading into the interleague break with the “Battle of the Birds” against Sale the following week.

Sam Tudor and Josh Stubbe got a lot of the ball, while Patrick and Sam Walker were solid in defence and began a lot of attacking runs.

Maffra did not concede a goal in the under 18 and 16 matches, with the Lions not registering a major goal until the second quarter of the reserves match, which the Eagles won by 80 points.