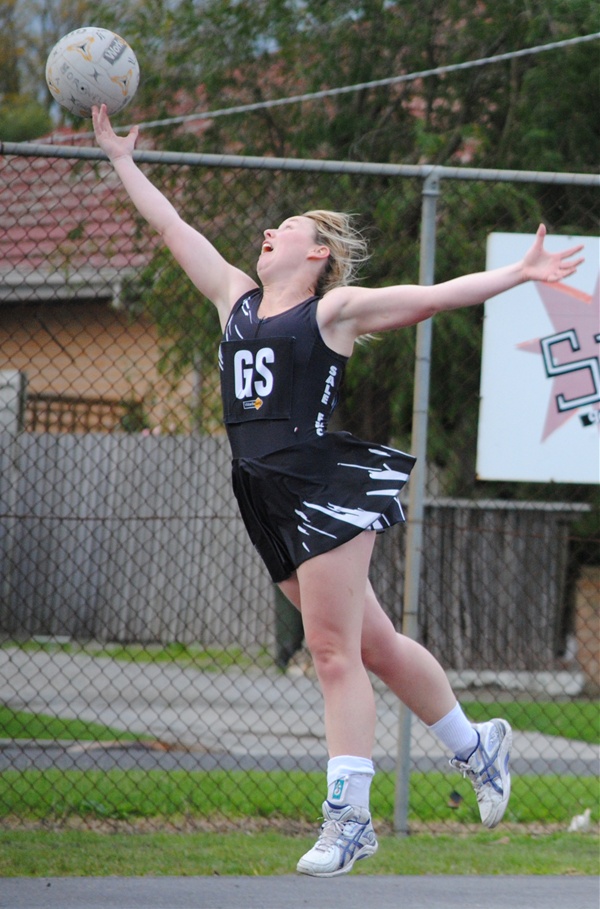 SALE scored a fighting 41-34 win at Morwell in round six of Gippsland League netball.

Just one or two goals separated the teams at each break. At the final change, the Magpies lead by two and edged ahead through defenders Mel Johnston and Clare Billings, who set-up turnovers which set-up attacks.

Under 17 players Montana Holmes and Lexie Joyce also played well when they came on.

The Magpies went into the match without goal shooter Georgia Andrews, who was unavailable.

With the win, Sale moved into second place but have tough matches to come against Maffra, Warragul and ladder leader Leongatha to come after the break next weekend.

Morwell used the ball better to win the B and C grade matches.

In the under 17s, Sale, second behind undefeated Maffra, won, while the Magpies under 15 and 13 teams scored percentage-boosting victories.

MAFFRA enjoyed an unblemished day on court at home against Moe.

The Eagles scored big wins across the board, with their under 17 and 15 teams remaining undefeated.

The Lions are not fielding an A grade side this season.

COWWARR recorded its second win of the North Gippsland netball season with a 43-34 victory over Boisdale-Briagolong.

Fourth-placed Gormandale made it two wins in a row with a strong performance against Sale City, winning 59-43.

Glengarry held off a persistent Heyfield, while Rosedale moved to the top of the table following its 55-39 victory at Woodside.

Churchill continued its impressive rise, defeating another of the flag favourites, Traralgon-Tyers United 51-42.