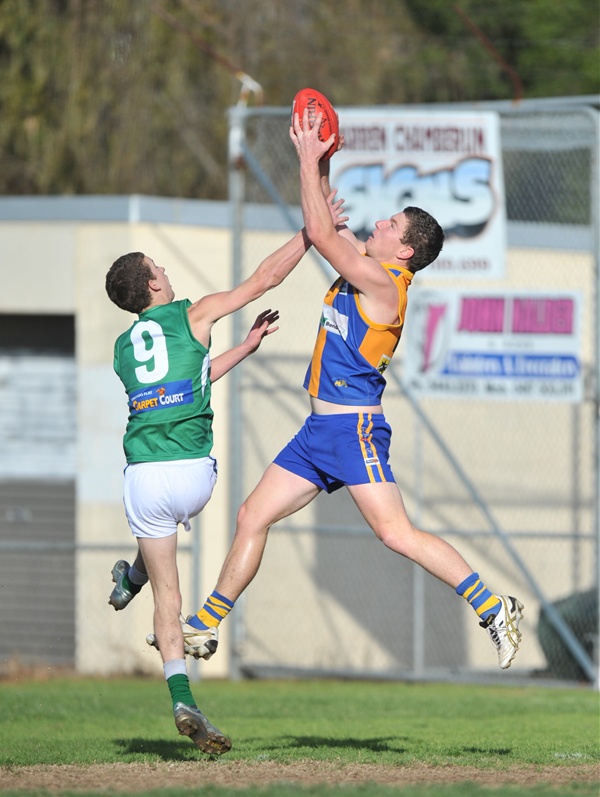 THE Gippsland interleague side will head to Bendigo, keen to avenge its loss two years ago, while also improve its ranking.

A win against Bendigo, in a match between the seventh and eighth leagues on the VCFL rankings, will elevate Gippsland to sixth next year, a loss relegates it back to ninth.

The leagues last met two years ago under lights at Queen Elizabeth Oval, the venue of tomorrow’s game, with wasteful kicking in front of goal costing Gippsland dearly as Bendigo won by nine points.

The two leagues have met on 11 occasions with Gippsland winning nine. The leagues met annually between 1977 and 1980 with its regions having television stations under the same ownership.

After becoming the West Gippsland-Latrobe league, it defeated Bendigo at Bendigo 2004 and at Sale in 2008 when the Country Championships were held as a round-robin over a weekend.

Maffra coach Hayden Burgiel will coach the Gippsland side for the fourth year. Last year’s 71-point win over Central Murray was his first victory in charge with tomorrow’s game a chance to even his ledger.

Sale has six players in the Gippsland squad and Maffra five.

Kane Martin will be part of a solid midfield alongside fellow Magpie Luke Collins, who has been named in the squad despite missing Sale’s loss to Morwell due to injury.

Andrew Quirk, Jordan Dessent and Ryan Pendlebury, part of a Sale defence which was conceded the least points this season, will look to take that form into the Gippsland side, alongside Maffra’s Sam Tudor.

Gary Jones will again provide a spark in the midfield and forward line, while Josh Stubbe will look to set-up attacks off half-back.

Ben Coleman won’t be a out of place in the Gippsland midfield.

Bendigo’s cause has not been helped by the loss of three players from its squad after last weekend’s matches.

After kicking 287 goals in total during the past two seasons, Grant Weeks has booted 60 already in 2012, and is a player the Gippsland defence needs to be wary of, along with Golden Square teammate Travis Baird, who has been on the Western Bulldogs and Brisbane Lions lists and Strathfieldsaye’s Sam Mildren, who has booted 42 this season.

Former Sale player Tom Hams has also been included in the Bendigo squad.