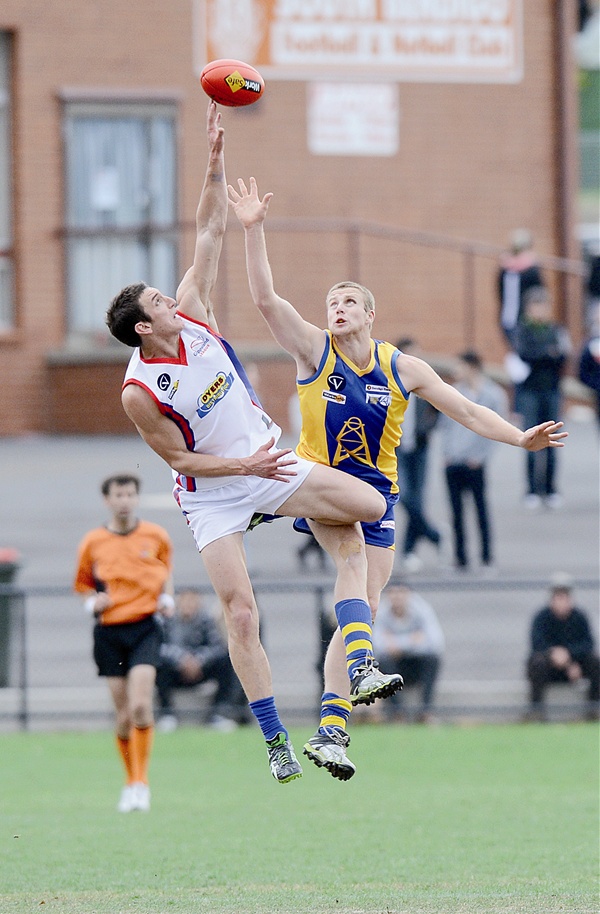 Gippsland League has fallen to ninth on the VCFL rankings following a disappointing 23 point loss to Bendigo Football League at Queen Elizabeth Oval, Bendigo on Saturday.

Gippsland matched it with Bendigo early, with both sides going goal for goal in a free flowing contest. Nine goals were kicked in the first quarter, Bendigo taking an eight point lead into the first change, 5.3.33 to 4.1.25.

Leongatha goal sneak Jake Best provided Gippsland’s highlight of the opening term, gathering the ball on centre wing before taking four bounces and finishing with a major to keep Gippsland in touch at the first break while Bendigo ruckman Tom Waters took a big mark early.

Despite heavy rain at many other interleague venues across the state, good conditions in the first half at QEO allowed for a free flowing contest as each side continued to go goal for goal.

Adrian Burgiel booted two goals in the opening ten minutes of the second quarter, only for Bendigo to hit back on the scoreboard as the sides continued to go goal for goal.

Bendigo lifted its intensity at the 15 minute mark as its midfield, led by Simon Rosa and Derrck Filo medalist Clayton Anderson, started to win the valuable centre clearances with dangerous forward Grant Weekes assisted by Lee Coghlan, Aiden Platt, and Sam Mildren, finishing off the hard work of the Bendigo midfield to take a six goal lead into the main change.

The home sides forwards were looking dangerous, while Burgiel and Matt Ferguson were being well held at the other end.

Gippsland’s task became even greater when Bendigo’s Joe Coghlan booted the first goal of the third term to take the margin out to a game high seven goals as steady rain began to fall.

Ryan Pendlebury repelled numerous Bendigo attacks while Gippsland’s best Clinton Rowe began winning some valuable ball in the midfield as James Gibbs began to hit the scoreboard as the visitor closed the gap to 23 points.

But it was some costly turnovers in the defensive 50 that undid Gippsland’s hard work, with Mildren and Weekes taking advantage of the costly errors to extend the lead back out to 41 points.

Gippsland won the final quarter, but the drizzling rain made it difficult to score quickly. Bendigo eased off in the final term as it looked to manage its players, includng Travis Baird who kicked the opening two goals of the contest despite injuring his groin in the warm up, but still looked in control and was never in danger as it recorded a comfortable 23 point win.

The proposed Gippsland League east v west under 18 and under 16 contests at Moe on Sunday were cancelled.