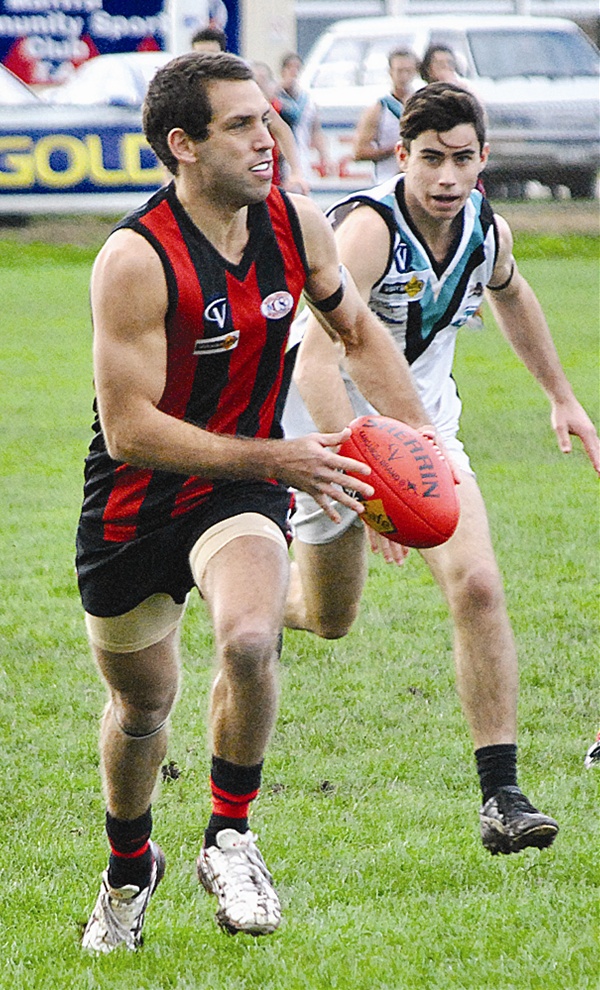 MAFFRA shook off an early challenge from Wonthaggi to return to the Gippsland League winners’ list.

After leading by eight points at quarter-time, the Eagles all-but put the contest out of the visitor’s reach in the second term, booting seven goals to one to take a 48-point lead into the main break.

The win came despite the absence of key players Sam Tudor, Ben Coleman, Sam Walker and Matt Lee. On the plus side, Alex Carr was free to play with Gippsland Power not in action, Daniel Stubbe was back in the side while former Woodside captain Ryan Foat came into the side days after recieving a clearance from the Wildcats.

Maffra’s potent forward line returned to form with Adrian Burgiel a dangerous presence, kicking five goals, while Stubbe came back into the side to boot four.

Forwards Dominic O’Connor and Lucas White were best in a Power side missing the playing services of coach Leigh McDonald. The Power included new player Nathan Bell, who has played interleague football for the Bendigo league.

The win maintains the Eagles’ third placing on the ladder ahead of a vital clash against Traralgon, which could be a played at Maffra after the recent heavy rain impacted the Traralgon Recreation Reserve.