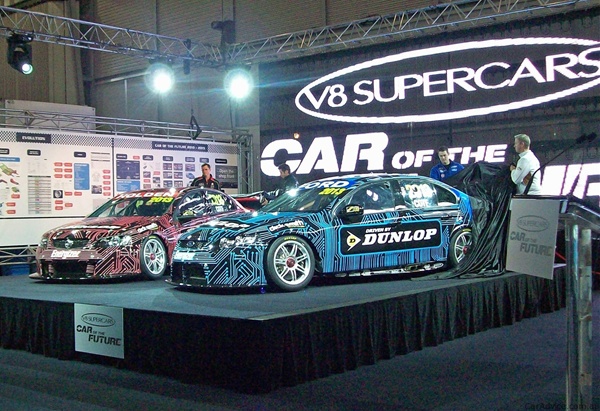 It wasn’t the RAAF Roulette display team taking off from the runways at RAAF base East Sale on Tuesday and Wednesday, but prototype V8 Supercars.

The facilities at the RAAF base were used to test the aerodynamics of the “Car of the Future” Falcon and Commodore. The cars were run at a set speed of 200 kilometres per hour on the 2.5km runway to measure downforce.

The cars had been tested on various race tracks around Australia, but the smooth surface of the runways provided the opportunity to obtain clean, accurate data.

Dunlop Series leader Chaz Mostert and Formula Ford championship leader Jack LeBrocq were behind the wheel of the prototype V8 Supercars, with the Car of the Future technical team also using the opportunity to get up close to some of the aircraft used by the Roulette aerobic display team.

East Sale RAAF base Temporary Commanding Officer No. 30 Squadron Stuart Wheel said it was great to welcome the Car of the Future team.

“It’s great to welcome the V8 Supercars, especially the Car of the Future to the Base where we’re training officers of the air force for the future, so it sort of goes hand in hand,” he said.