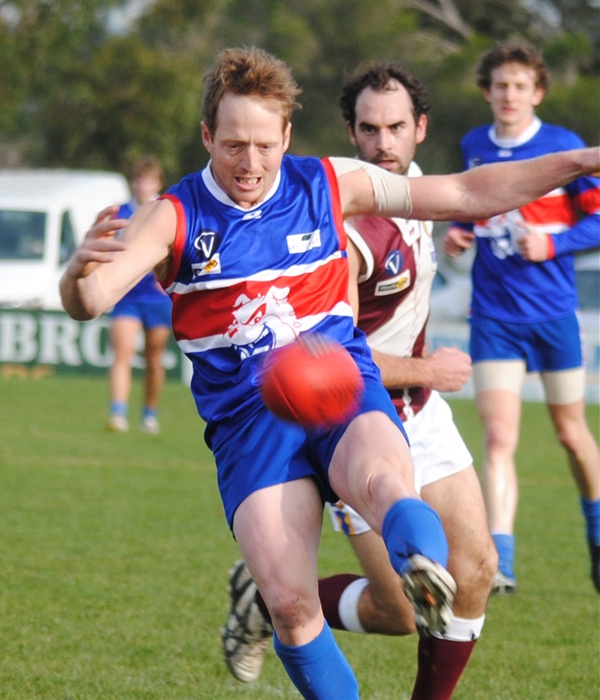 HAVING defeated one 2011 North Gippsland grand finalist, Traralgon-Tyers United will return from the general bye to tackle the other tomorrow when the Bombers host Sale City.

Storming home in round eight to steal a three-point victory over Glengarry, TTU has its sights firmly on the premier with first year coach Daniel Hawking pleased with his baby Bombers’ results so far.

“If someone had said to me at the start of the season that your win loss ledger would be 6-2 coming into round nine, I would have taken that,” he said.

“It is a credit to such a young side, they could have dropped their heads after losses to Heyfield and Rosedale but rather they have been keen to improve and develop.

“We looked at the draw at the start of the season and saw that we had last year’s grand finalists in the final rounds of the opening half of the draw, so our aim was to play ourselves into some form that would give us the best opportunity to knock over Sale City,” he said.

“It has been good to have the week’s break, we have a few injuries, but we have the depth within the club to cover those with the reserve list training the same way that we do which in turn makes it easier for someone to step into the senior line-up and know their role straight away.”

Hawking is fully aware of the challenge which awaits, highlighting the Bulldogs’ attack from their back line, strong midfield and number one player Jake Schuback as aspects of their game which needed to be controlled.

IN other matches, an in-form Heyfield will again be tested by Cowwarr at home, Gormandale will aim to rebound from its disappointing showing against Cowwarr when it hosts Rosedale, Boisdale-Briagolong will host Glengarry, while seventh-placed Churchill needs to defeat Woodside at home if its to stay in touch with the competition’s front runners.