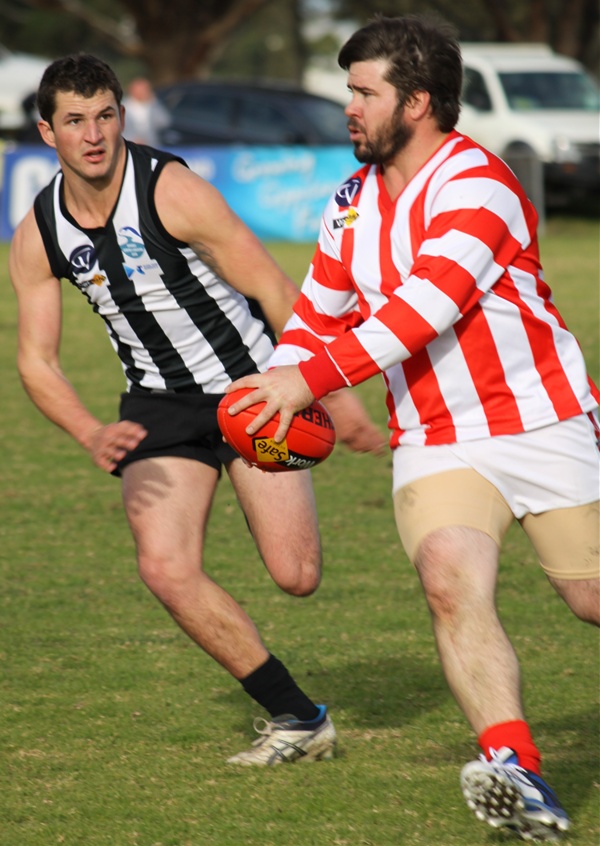 STRATFORD has been declared the winner of its East Gippsland Football-Netball League match at Lucknow after an appeal against the initial draw was upheld on Wednesday night.

The Football-Netball East Gippsland commission, which oversees the EGFNL, ruled the match should have been declared over when a 36-minute break was held during the fourth quarter.

The match was stopped when Stratford player Brent Richardson suffered a dislocated ankle with the Swans leading by one point after trailing for much of the day.

Such was the extent of Richardson’s injury, which may mean he will never play again, Swans trainers were not willing to move him and risk causing further damage. The player was not moved from the ground until paramedics arrived.

After play resumed, the Magpies regained the lead before the Swans kicked a point to level the scores at 81 a-piece. The match was completed under lights with a yellow ball.

Stratford’s appeal, which was issued on Sunday afternoon, centred on a AFL rule where a match is declared completed if there is a stoppage of at least 30 minutes during the second half with the scores at the time taken as final.

The two clubs involved and the East Gippsland Umpires Association made submissions to the appeal.

The commission was told the match umpires overruled Stratford’s plea that the match not proceed after the long delay, with Lucknow claiming it was unaware of the Swans’ reluctance to resume.

The win puts the Swans within six points of fourth-placed Lakes Entrance.

The game was delayed for 25 minutes after a Stratford reserves player collapsed at the end of their match because of a delayed concussion.

IN round 10 on Saturday, Stratford will be tested at home against ladder leader Paynesville, Wy Yung should be favoured to defeat bottom side Orbost-Snowy Rovers in a match to be played at Bairnsdale City Oval due to damage to the Wy Yung ground caused by the recent floods, and

Lakes Entrance will host Lucknow. Lindenow will have the bye.