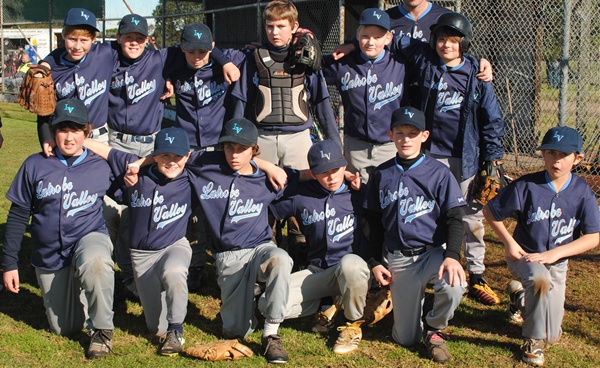 LATROBE Valley found the going tough against strong opposition during the under 14 state baseball championships at Sale on the weekend, with Ringwood Green taking out the division one title.

Grouped with Dandenong, Geelong and Ringwood Black, the home team Latrobe Valley failed to match it with its stronger opponents.

The Valley began well with three runs in its first innings of the tournament, however Geelong managed seven home itself and a further three in the second on the way to a 12-4 opening round win.

It was Dandenong which made a strong start in round two, getting 15 home in its first two innings to effectively kill the contest. Both sides got four home in the third innings.

Ringwood Black also got 15 home in its first two innings in round three to finish with a 17-4 victory.

The Valley’s third innings was the best, getting one home and putting in a big effort in the field to restrict Ringwood.

Dandenong went through undefeated to finish top of the table in group two, followed by Geelong with two wins and Ringwood Black with just the one win over Latrobe Valley.

Eventual division one winner Ringwood Green was undefeated in group one, followed by Diamond Valley, Bendigo and Sunraysia.

Ringwood Green would again finish undefeated in the division one finals to take out the title with Dandenong, Geelong and Diamond Valley the other teams qualifying for division one.

Meeting Ringwood Black again in division two, Latrobe Valley was unable to improve on its previous outing, going down 18-2.

Latrobe Valley improved for its final two games, competitive in its matches against Bendigo (4-10) and Sunraysia (6-10).