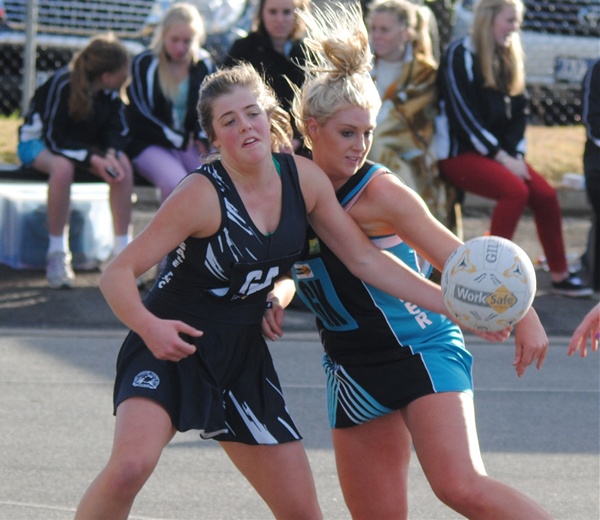 SALE, second place on the Gippsland League A grade netball ladder, is getting used to nerve wracking finishes.

Going down to Drouin by six goals after being two down midway through the final quarter and losing to top of the table Leongatha by one goal last week, on Saturday Sale drew with the third-placed Wonthaggi 42-all at home.

It was a good draw for Sale, who is still in second place on the ladder with 30 points followed by Wonthaggi, 28, and Traralgon on 26 who the Magpies play next round.

Enjoying their best A grade season for 15 years, if the Magpies are to hold their double chance spot, the clash at Traralgon is another must-win.

Sale led early then Wonthaggi chipped away, taking the lead 33-32 at the last change.

With five minutes to go, it was 38-all but when Wonthaggi went two goals up, Sale looked gone. A turnover and quick goals set up the draw for Sale with both teams on 42 when the buzzer went.

LEONGATHA were too strong for Maffra in the senior grades, but Maffra squared the ledger with three wins in the junior grades.

Top of the table in both A and B grade, the Parrots scored comfortable wins, 59-38 and 64-40 respectively.

Third-placed Traralgon-Tyers United fought out a tight contest against fourth-placed Gormandale in a finals preview, with the Bombers leading at each change and winning 57-52.

Ladder leader Rosedale rallied from two goals down at half-time to take the points against Glengarry, 48-40.

Woodside recorded its second win of the season against Boisdale-Briagolong, while Churchill proved too strong for Heyfield, building on its lead at every change of ends.