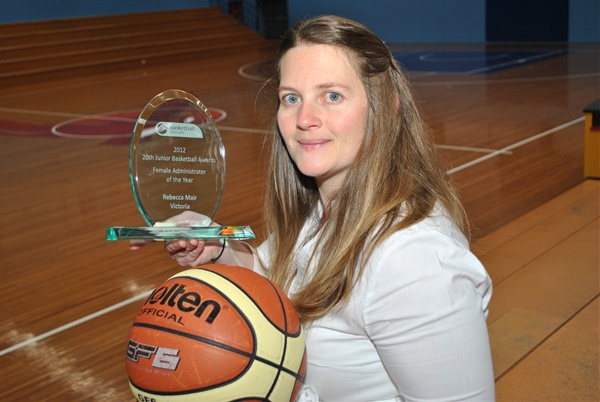 WHILE she received the award as basketball’s top female junior administrator, Rebecca Mair said many at the Maffra Amateur Basketball Association deserved a lot of the credit.

Mair received the honour during Basketball Australia’s annual junior awards ceremony in Tamworth, New South Wales this month. It came after she received the country Victoria award in April.

Mair has been involved in the MABA for around 20 years, beginning when she played in the association as a junior, and has been secretary for the past seven years. As secretary, she has been involved in organising the domestic competition and Basketball Country Victoria events, including academies and tournaments, while she has also coached teams in the domestic competition and the Maffra under 16 boys’ team.

“It’s great to be recognised, but there is a big work force behind me,” Mair said.

Mair has been part on the association committee during a period of tremendous growth and success, with three teams competing in the Victorian Junior Basketball League and a domestic competition which now spans five nights a week.

She said the association’s success on the state stage had helped its tournaments grow.

“It has helped the Maffra association where we’ve go people know where Maffra is,” Mair said.

Further highlighting the association success, the awards ceremony was held during the national under 16 championships, where members Jarrod Russell and Jack White won bronze medals as part of the Victoria Country team.