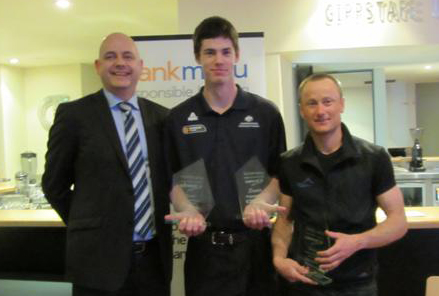 For the second time, the six foot eight basketballer from Sale represented Australia at the INAS Global Games, for athletes with an intellectual disability.

The national team improved on past results and finished fourth at this year’s event.

Jee was an instrumental player in the side and is hoping to be part of the team for a while to come yet. Starting every match and averaging 14 points a game, he only lost one tip-off for the entire tournament, to a player whose height is seven foot.

Basketball for athletes with an intellectual disability is being considered for reinclusion in the Paralympic program for the 2016 games in Rio de Janeiro, Brazil.

The Gippstar selection panel couldn’t go past Marlo’s Damon Morton for overall junior winner for his achievements in cross country skiing and biathlon.

Strong nominations were received for both club and team of the year awards.

In recogition of its hosting of national events, Twin City Archers was named the club of the year ahead of Traralgon Swimming Club and Sale Netball Association. Twin City Archers was represented at the awards by a very proud Peter Bennett, who acknowledged the hard work of the small, but dedicated committee which was relentless in its endeavours to see the club continue to forge ahead.

Also recognised in the special achievers category were four hard working people who are the backbones of their organisations.

Poowong Football-Netball Club’s Janis Mackay was recognised for her tireless work and dedication to the club where she has played over 300 netball games, Trafalgar stalwart Graeme Rankin has amassed more than 9000 runs in cricket with the club, Warragul’s Jean Nielsen was recognised for her selfless work with badminton, in particular juniors, and Robert Thompson was also an outstanding recipient for his dedication to table tennis.

For the third year the Gippstar awards also named a Gippsland Sporting Champion with Lisa Alexander, Will Tomlinson and Peter Siddle in the running. Boxer “Wild Will” Tomlinson was given the honour after winning the IBF super featherweight champion, which extended his unbeaten run to 17 professional fights.