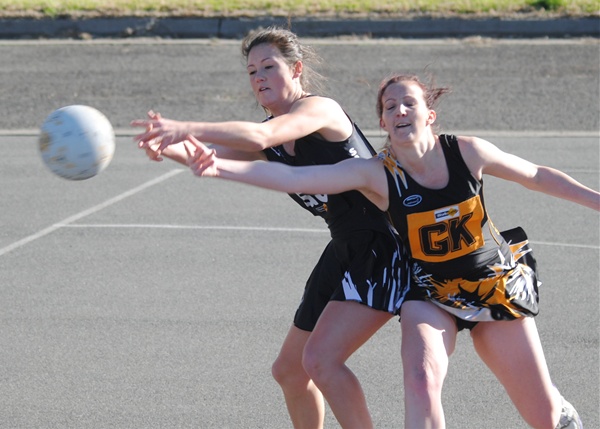 SALE missed an opportunity to get back into the double chance positions on the Gippsland League netball ladder after going down to seventh-placed Morwell at home.

In a tough physical encounter, Morwell began well, leading 13-7 at the first change before Sale played its best netball in the second term to out-score the Tigers 11-7 to trail by just two at half-time.

In the second half, turnovers and missed shots for goal proved costly for Sale as Morwell went on to win 40-33.

The Magpies will need to win matches against Maffra and Warragul to make certain of a spot in the top five.

Morwell was also too strong for Sale in B and C grades.

In the under 17s, Sale played four even quarters to win 55-15 and the Magpies regained second place on the under 15 ladder with a 51-17 victory.

The Magpies also returned to second place on the under 13 ladder after winning 47-2.