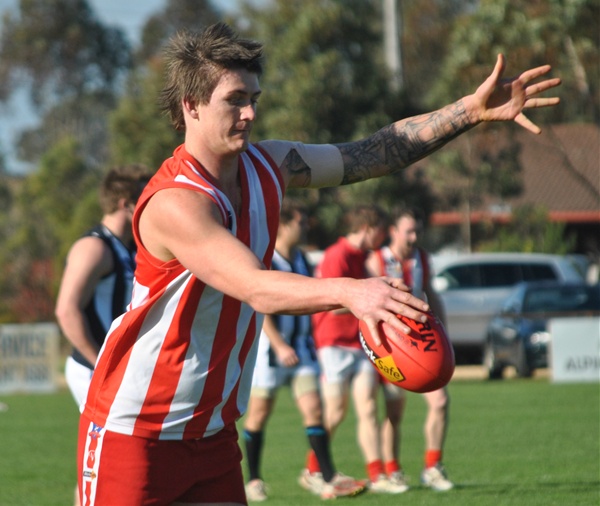 A SIX-goal to no score second quarter set up Lucknow’s 48-point win over Stratford in round 16 of East Gippsland football.

The Swans were able to match it with the Magpies for three quarters, but went to sleep in the second term for its second scoreless quarter of the year.

After Aiden Fitzgerald kicked the opening two goals of the match, the signs were ominous for the Swans, but the Swans, who were able to defend well during the first term, kicked a goal through Kaine Kerton to head into the first change trailing by three points.

Lucknow set-up the comfortable win in the second quarter, keeping Stratford scoreless while adding six goals themselves to enjoy a 46-point lead at the main change after Fitzgerald kicked a goal after the siren.

The match was a tight affair throughout, with Matthew Arnold and Matt Counahan booting eight goals between them for the Tigers, while James Young booted three.

Missed opportunities in the first term hurt the Seagulls, who went into half-time with just a 10-point deficit. The Cats pulled away after half-time, booting seven goals to three to record a comfortable victory.