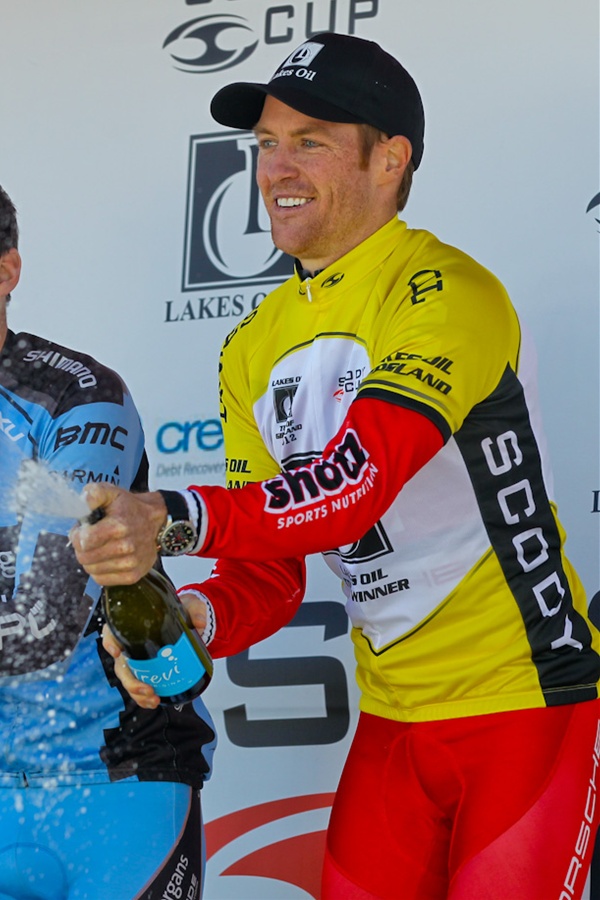 WILL Walker has completed a cycling fairytale by clinching the Tour of Gippsland following a three-and-a-half year break from the sport.

The Drapac Professional Cycling member was touted as a superstar as a teenager, winning the Scody Cup and the Melbourne to Warrnambool as an 18-year-old. He progressed to an overseas career with Rabobank but was forced into premature retirement due to a heart condition.

“This just means everything,” he said after Sunday’s final stage of the Tour of Gippsland, a 40-lap Paynesville criterium in which he finished fourth to hold onto the leader’s jersey, which he claimed on Saturday.

“Six months ago I thought I would never race again.

“Michael Drapac has shown a lot of faith in me to get me back to 100 per cent health.

“It’s been a long road back – I’ve seen so many different doctors and there’s been alternate medicine but it’s good to be back.”

The 26-year-old said that the early stages of his return were challenging.

“I really got belted in a few local races,” he said.

“Then I went to Italy and really trained hard.

“I killed myself to make sure I’d be strong enough to get back.”

The Victorian explained that prior to his retirement, the sport wasn’t as enjoyable for him.

“It was undermining the enjoyment because I was so fatigued and I had to think about my problems,” he said.

Team Budget Forklifts’ Luke Davison took out the 44km race, capping off an exceptional tour for the New South Wales cyclist, who won four out of the nine stages. It steered him to equal top of the Scody Cup leaderboard with Walker.

Ben Hill helped RBS Morgans-ATS Pro Cycling to team honours, while he was also the King of the Mountains champion.

“I was trying to hold onto second place (in the GC) and I managed to do that,” he said.

He added that Walker was “just way too strong”.

The most aggressive rider was GPM Wilson Racing’s Josh Taylor.