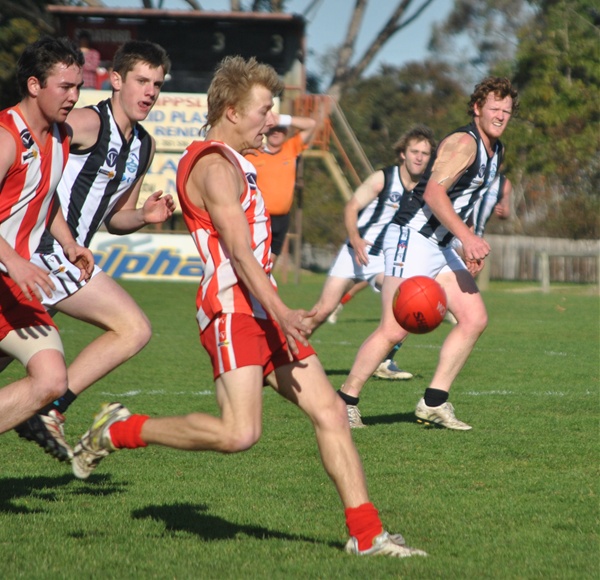 STRATFORD will face a big test when it travels to Paynesville in round 17 of East Gippsland football.

Holding on to win by seven points after setting up a 25-point three-quarter-time lead last time they met, the Swans this week face a Gulls outfit high on confidence following a thrilling three-point win over ladder leader Wy Yung.

Just one game behind Wy Yung on the ladder, Paynesville could still secure top spot if other results go its way in the coming weeks.

Keith Ritchie, who booted six goals the last time the sides met, is in good form following eight goals against the Tigers last week and he will need to be given plenty of attention from Stratford’s defence.

All-but out of finals contention, the Swans will be hoping to finish the season on a high and can take confidence from its round 10 win over the Gulls.

Being held scoreless in the second quarter last week, Stratford can ill afford another lapse if it is to again defeat Paynesville.

IN the only other match in the EGFNL tomorrow, Lakes Entrance will be looking to bounce back when it travels to Orbost-Snowy Rovers. Lindenow, Lucknow and Wy Yung have the bye.