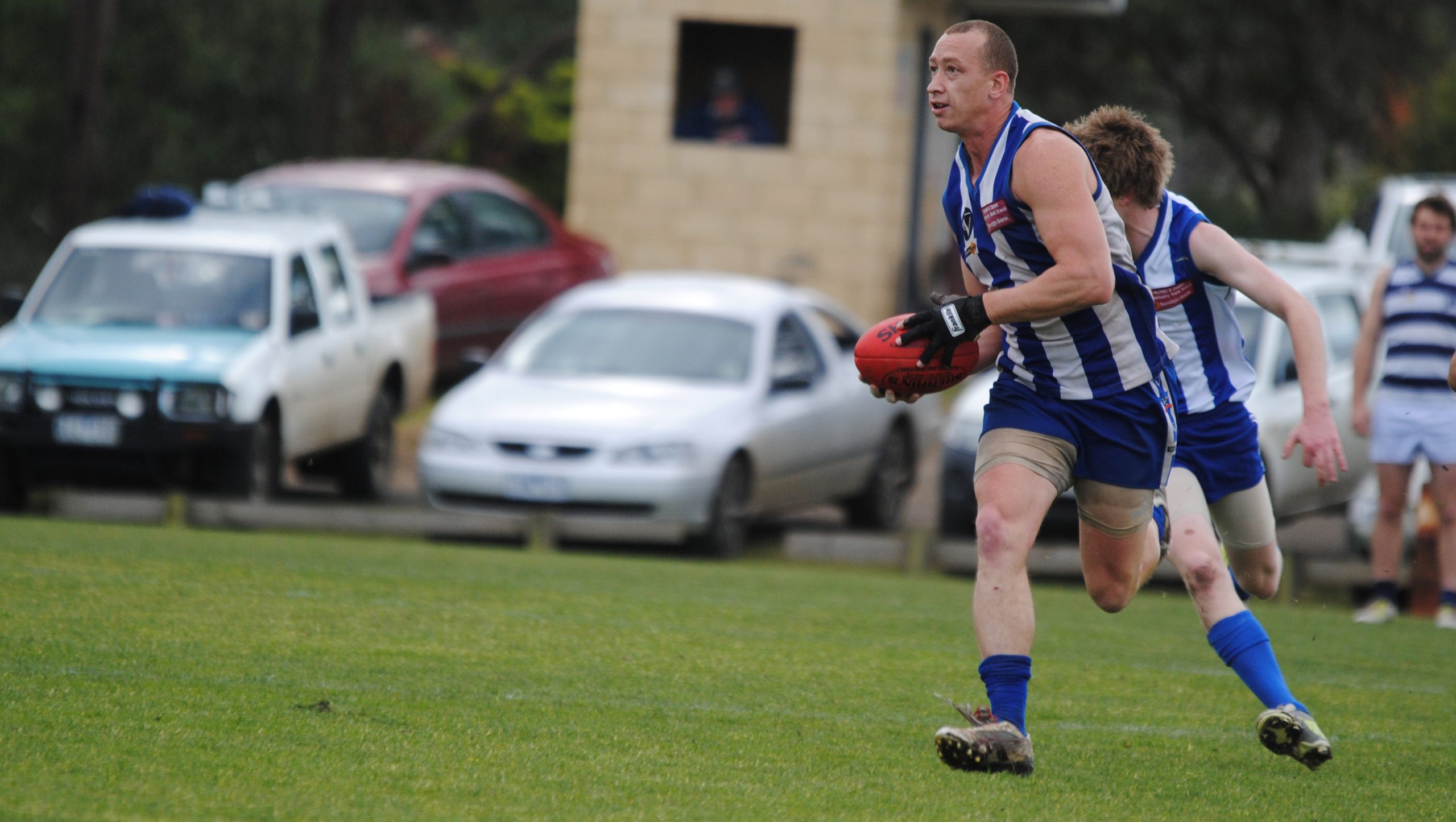 LED by a stellar performance by coach Adrian Cox, Heyfield flexed its muscle against Woodside with a 25-goal victory in North Gippsland football.

Cox was sublime as he amassed possessions and went about setting up his forwards Michael Delaney and Jesse Leeds, who kicked 12 and nine goals respectively.

The convincing 30.24 (204) to 9.5 (59) win was made even more impressive by the long list of omissions from the third-placed Kangaroos line-up. That didn’t halt them from bringing the Wildcats, coming off their second win of the season, back down to earth.

A solid second term from home side put the Wildcats 62 points behind at the main break. Heyfield’s momentum wasn’t halted by the long change as it added 18 more goals in a stellar second half.

Alongside best-on-ground Cox, Delaney and Nic Dinsdale were valuable contributors for the Kangaroos.

Sam Hanratty was the visitor’s best.

SALE City was made to work hard for the four points at Churchill, who are now out of finals contention.

Locked level on 50 points at the main change, the Bulldogs came out hard in the third term. Led by best-on-ground Tim McMillan and Jake Schuback, the visitors lifted their intensity to boot five goals and set-up a two-goal lead at the final change.

The Cougars out-scored the Bulldogs in the final term with experienced duo coach Tim Darby and Brendan Holt finishing with eight majors between them, but as it had been all season, the home side was agonisingly close yet again short of claiming the points, going down 16.8 (104) to 14.13 (97).

Chris Stasinowsky kicked seven goals before leaving the field with an injury.

Another talking point was a seven-goal final term from Gormandale. Up until then, the Tigers had only managed five majors, but it was a different outfit which emerged from the three quarter huddle as the side, led by Kevin Heenan and Luke Hegarty, ran rampant while holding its more fancied opponent to two goals.

ROSEDALE didn’t have it all its way early at Boisdale, but it didn’t take long for the ladder leader to click into gear and record a 111-point victory.

With a list of omissions which included ruckman Jon Cantwell, midfielder Justin Emery, defender Justin Smith and Daryl Mayman, the Blues’ second tier players stood up and took charge in the second term.

Boisdale-Briagolong opened the scoring with the first major of the contest through Danny Pratt, but from that point the contest belonged to the Blues.

Kaleb Scalter stemmed the tide, scoring the Bombers’ second goal, before Luke Hedger registered another from tight on the boundary to reel the deficit back to 15 points ahead of quarter-time.

The second term belonged to the visitors, who booted seven goals in a one with Flanagan, Caldwell, McDermott, Rohan Diamond and Dale Fleming getting in on the action.

Fleming and Diamond combined well with captain Chris King in the midfield as they convincingly won the centre clearance count, while pouncing on the Bombers poor disposal around the ground.

The Blues held a 63-point lead at the long change, but Reggie Tait gave the home crowd something to cheer about as he slotted through a goal in the third term, set-up by the Bombers’ defence of Matt Phelan, Justin Dingwall and Leigh Fulford

The Blues held the Bombers scoreless in the final term, while kicking five goals of their own.

GLENGARRY’S victory over Traralgon-Tyers United ended the Bombers’ chances of making the finals.

Little separated the two sides throughout the opening quarter, but it was the Magpies’ six-goal to two second term which saw the visitors establish a matching-winning lead.