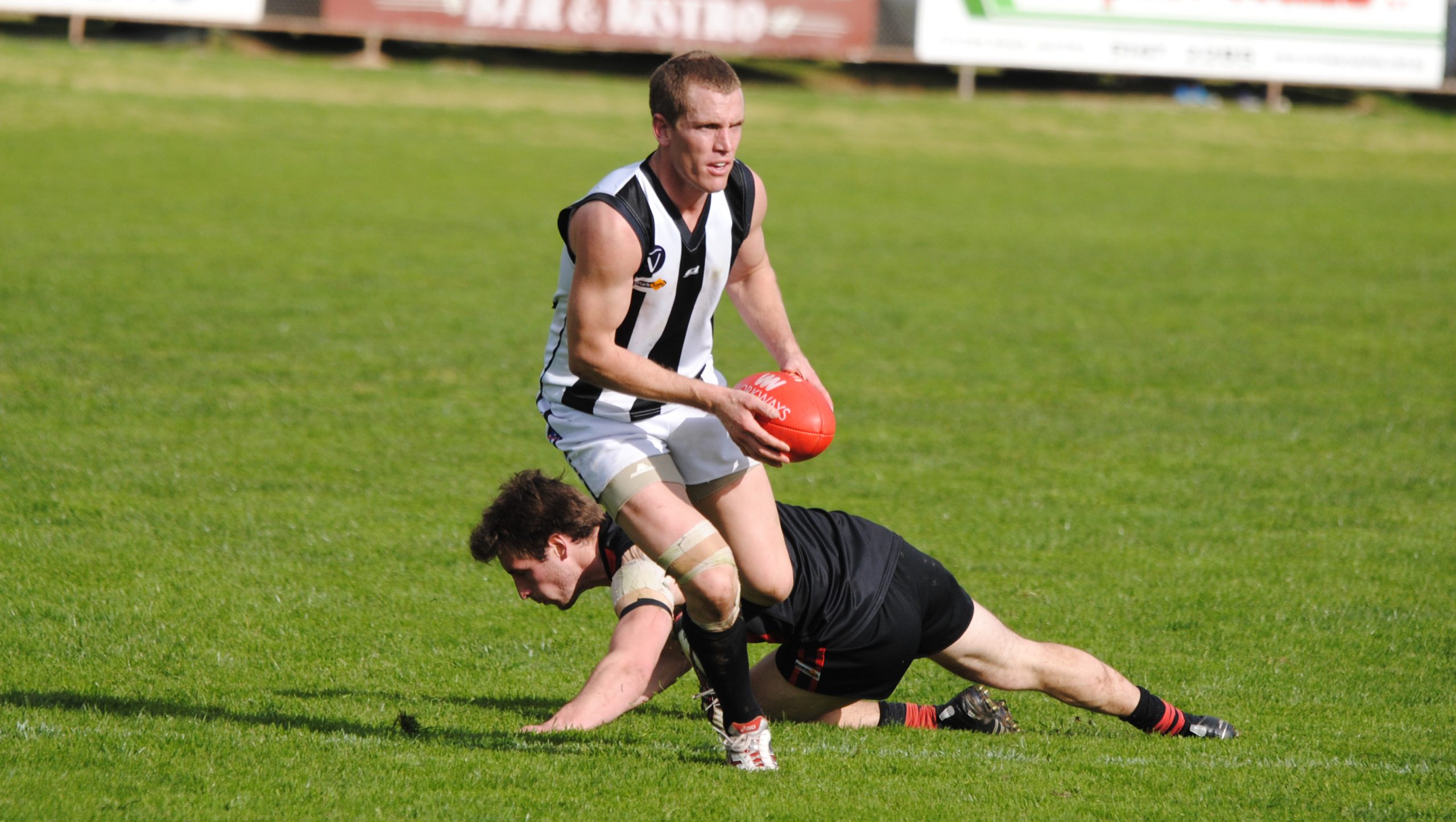 IN front of a big crowd at Maffra on Sunday, Sale ran out a comfortable 79-point winner against a disappointing home side.

Earlier in the match it appeared that it would be a typical “Battle of the Birds” contest, but it was not to be as the further the game progressed, the further Sale increased its lead. The Magpies won 19.10 (124) to 6.9 (45).

Similar to the round seven clash at Sale, the Eagles again had great difficulty in breaking through the tight Magpie defence. The Eagles also had trouble in countering Magpies’ key forwards Matt Ferguson and John Gooch, who kicked six and three goals respectively.

Despite being reduced to 17 players on the ground in the final quarter, Sale had winners all over the ground.

On-baller Kane Martin was at his brilliant best as was centre man Luke Collins, and once again ruckman Jack Lipman clearly won the centre hit-outs.

Carter-Hill medallist Corey Scholtes picked up possessions all over the ground for the Magpies and, in defence, Shane Fyfe, who seems to find plenty of space every week, was at his best once again.

Ben Coleman, who always plays well against Sale, and Jackson Scott were the only two Eagles players who could hold their head high with gutsy performances.

Maffra veterans Hayden Burgiel, Ben Batalha, and Gary Jones could only produce glimpses of their form of previous years.

Sale performances this season have centered on fierce tackling and this match was no exception with coach Ferguson leading the way with 10.

After the match Ferguson complimented his players for their intensity at the ball and ability to win the tight contests. He also commended the younger players, Justin Mitrevski, Josh Dunkley and Josh Kennedy, as well as Brendan Rathnow, a former Eagle, for their contributions to the big win.

At this stage of the season a clear gap now exists between top two sides Sale and Leongatha, with the former on top by a win and 98 percentage points, and the rest of the finals aspirants with Maffra holding on to third position.

In a close encounter, Maffra won the reserves match by seven points, while Sale was an easy winner in the under 18s and 16s.

TRARALGON’S 74-point win over Drouin means the make-up of the 2012 Gippsland League finals is set.

The Maroons looked in trouble after the Hawks kicked five goals to two first term, but responded with an eight-goal to one second quarter and four unanswered majors in the third for a 51-point advantage at the final change.

Lee Stockdale kicked seven goals in a best-on-ground performance with Sam Dunbar returning to the side from injury to boot six goals.

Bob McCallum had the better of the ruck contests for the Hawks and provided an affective forward target, finishing with four goals.

MORWELL remains in the race against Maffra to take third place following a tough win against Wonthaggi.

Earl Shaw, who season has been affected by injury, showed what the Power had been missing for much of 2012, by kicking four goals.

WARRAGUL appears to have avoided a third successive wooden spoon after defeating Moe 9.15 (69) to 9.10 (64) in another close match.

Ben Drew and Mark Bradley led the way for the Gulls, while Gary Blandford was the Lions’ best.

IT took until the second half, but Leongatha was able to shake off a persistent Bairnsdale to win by 56 points.

Zac Vernon was the Parrots’ best with Dwayne Holt and Jake Best again among the goals, booting five and four respectively.

The Redlegs’ best was Shane Jamieson, one of seven under 18s in their line-up.