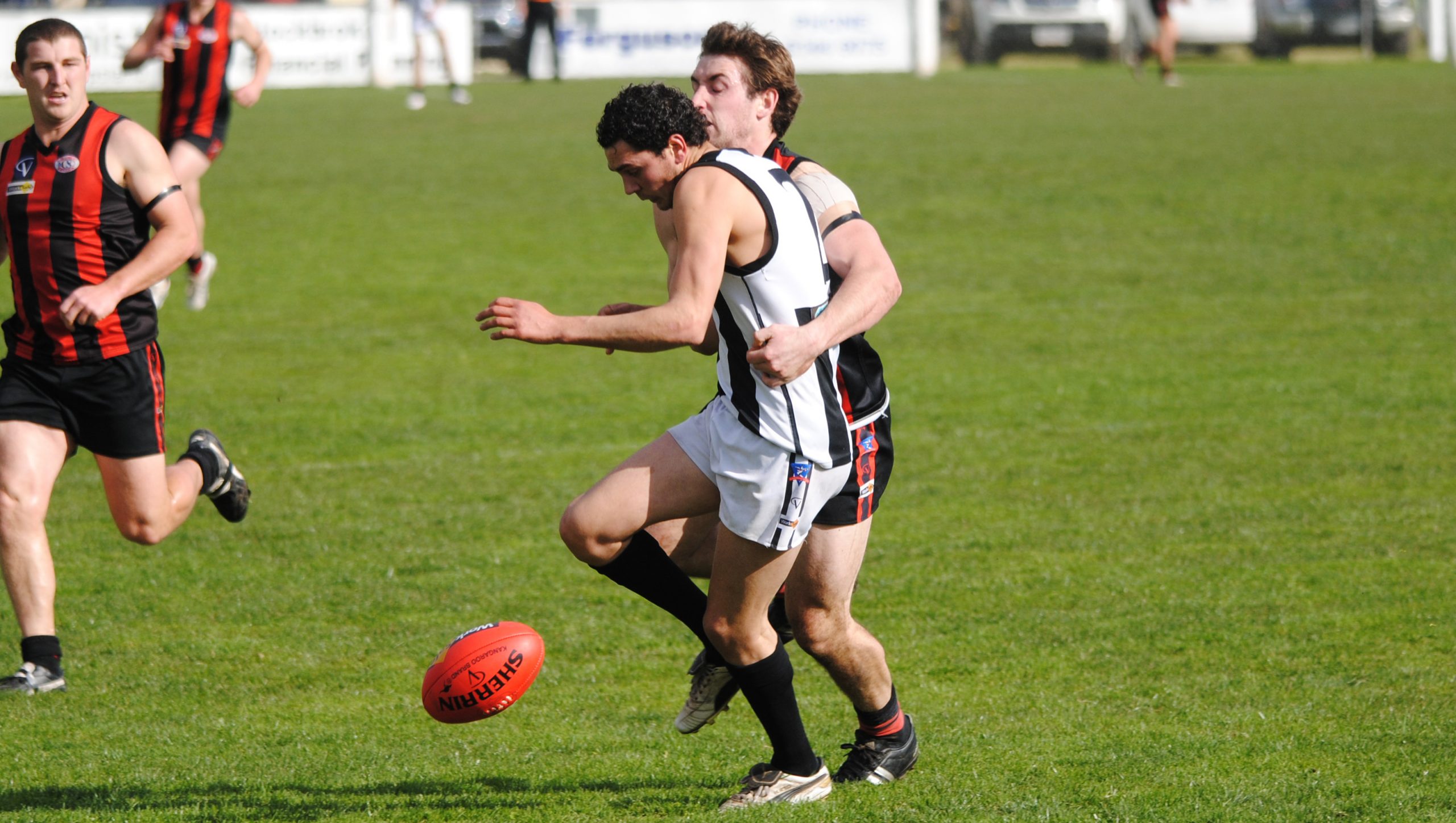 SALE can seal the Gippsland League minor premiership with victory at home against Warragul tomorrow.

The Magpies enter the clash full of confidence after a 79-point win over third-placed Maffra. The Magpies had winners all over ground, only allowing six Eagle goals.

Luke Collins, Kane Martin and Corey Scholtes dominated in the midfield, not giving the Eagles much of a chance.

A win for the Gulls and a likely Moe loss to Leongatha would ensure they avoid the wooden spoon.

The Gulls are coming off a five-point win over Moe after a lacklustre match. They will need a much better performance tomorrow.

Warragul was missing star Matt Gray, who was suspended for a week but may miss the remainder of the season anyway due to injury. Gray would improve the Gulls’ chances should he be able to play alongside Mark Bradley and Ben Hughes.

The Gulls have not had a good recent record at Sale since returning to this company in 2005. The Magpies have won six of the past seven meetings at Sale Oval by an average margin of 94 points.

The Gulls’ only win over that period at Sale was in 2009, when they came from 28 points down at the final change to win by 25.

KEEN to secure third place, Maffra will head to play a Power side with nothing to lose.

Wonthaggi’s loss at Morwell last weekend finally killed off its hopes of making the finals.

The Power led at each break but the match was close all day with the Tigers only establishing a match-winning lead early in the final term.

Daniel Domaille and Brent Macfarlane were given the all clear after injuries from a pack mark. Domaille had been taken to hospital due to shoulder and neck injuries.

A win would help the Power end another disappointing season on a high note.

Maffra will be looking to rebound from its disappointing showing at home against Sale. Ben Coleman was one of the few Eagles to challenge the Magpies for four quarters.

A solid effort against the Power will be needed to build some momentum ahead of the finals and confirm third place on the ladder and a likely qualifying final against Leongatha.

Maffra can’t afford to underestimate the Power, as the last time it played at Wonthaggi the home side won by 70 points.

The Eagles even had to work hard for their past two wins against the Power, both at Maffra, with five and six goals the margins.

IN other matches, Moe will host Leongatha, Drouin will meet Bairnsdale, and, on Sunday, Traralgon will host fellow finalist Morwell.