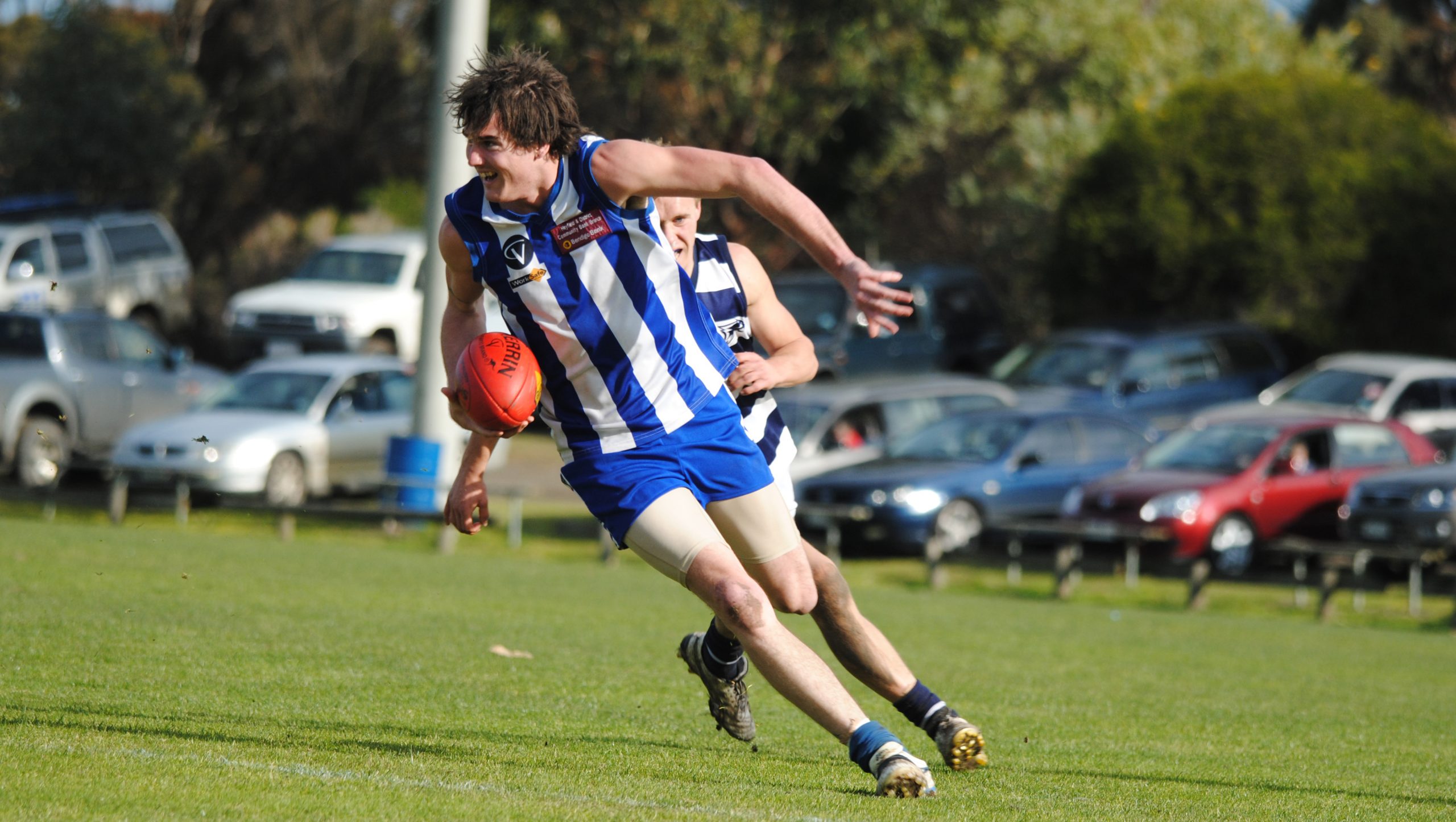 TOP five sides Cowwarr and Heyfield will meet on the eve of finals in a fitting blockbuster to conclude the North Gippsland football home and away season.

Many favour Heyfield as the dark horse of the premiership race and rightly so, considering its list of scalps this season have included top five sides Sale City, Glengarry and Cowwarr. But perhaps the Kangaroos’ biggest test will come tomorrow when they travel to meet traditional rivals the Saints, this time at Cowwarr.

Following a slow start to the season, the Saints have won their past four matches to return into contention alongside the ladder’s lead quartet.

The 2011 preliminary finalists has rallied in the second half of 2012, having only dropped the points on two occasions and now find themselves set to contest finals for the second consecutive season.

The competition in the middle of the ground an enticing one which may decide the result.

Dropping the points by 11 goals in round nine, Cowwarr won’t provide Heyfield with the same luxury second time around. In their current form it would be hard to look past the Saints going close to levelling the ledger at one a-piece.

ONE of three teams looking to avoid the wooden spoon, Gormandale faces one final test against an undermanned Rosedale line-up.

Sitting one game clear of Sale City and Heyfield on top of the ladder, the Blues look to have sealed the minor premiership and a week’s break during the first weekend of finals, but their form has been less convincing in the second half of the season, having suffered losses against the Bulldogs and Cowwarr.

While it is far from panic stations, the Blues would be aware of the need to continue to elevate their game ahead of the finals.

Tigers coach Paul Richards was encouraged by his charges’ second half performance in the loss to Cowwarr last weekend.

“We played good in the second half, we started winning the ball from the centre clearances and goaling straight away,” he said.

“We had about six or so guys missing from the side and lost Wayne Henry in the first quarter so it was a big effort.”

Naming defender Steve Hore and classy midfielder Luke Hegarty as stand-outs in what has been a difficult season, Richards was aware a number of his players would need to stand up in their final match of the season to provide Rosedale with any kind of challenge.

“Our back line is holding up good, Gavin Swan has had a good six weeks and handled himself well down back, Steve Hore and Wayne Henry have gone forward to fill the void and have been contributing well, while it has been great to have Paul Riddle in the side for the second half of the season with this strength in the back line aiding us,” he said.

IN other matches, Woodside will be expected to provide spirited competition when it hosts Churchill, Glengarry will host Boisdale-Briagolong, who is set to be stretched for the second time in as many weeks, and Sale City’s attack from its back line, strong midfield and Jake Schuback are all aspects which need to be controlled if Traralgon-Tyers United is to claim the Bulldogs’ scalp.