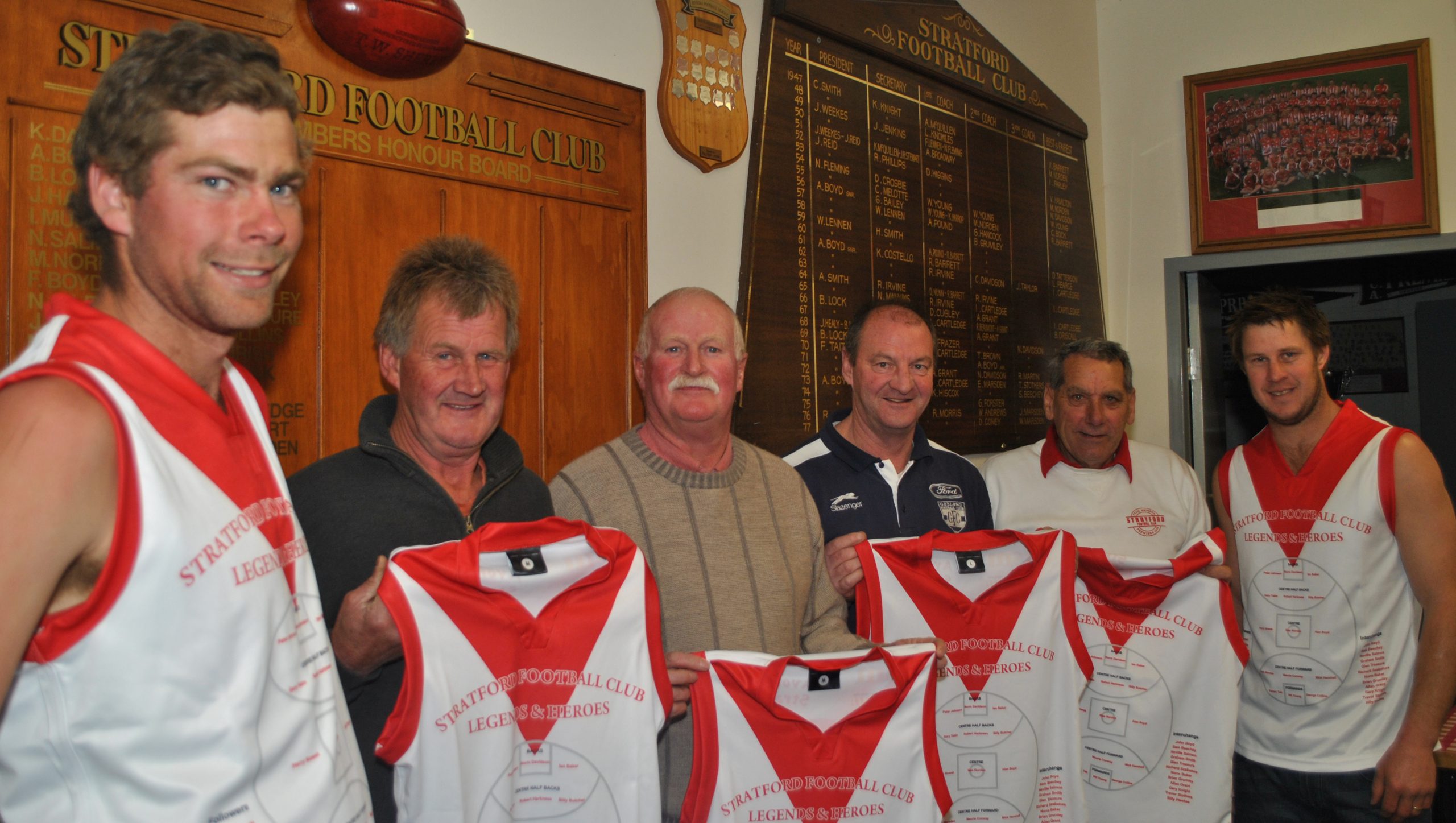 STRATFORD will be hoping to acknowledge the legends and heroes of the club by closing out the home and away season with victory over Lakes Entrance in round 19 of East Gippsland football.

Stratford senior coach Peter Morrison said the Swans would wear special commemorative guernseys featuring the Legends and Heroes Team for tomorrow’s clash, which will then be auctioned off after the game.

“How we ended up picking the side was the massive amount of work at the football club over a long, long time,” he said.

“We at the club think they are great people, people who have kept the club going.

“There will also be a lunch and there will be a lot of discussion of who should be in and out.

“The players will wear the jumpers during the game and after the match, each of the jumpers will be auctioned off.”

Among those in the Heroes and Legends Team are Sam Beechey and Jack Marsden, whose sons play in the current senior team.

People will travel from as far as Queensland for the celebrations, with the family members of the four deceased legends and heroes to also attend.

“Al (Beechey) will be wearing his old man’s number on the day, and we have got Rowan (Marsden) as well,” Morrison said.

“Both have been playing their best footy for the club this year.

“Bill Young and Ray Barrett are also in the Heroes and Legends side, and they both played AFL (then VFL) footy for St Kilda.

“Alan Boyd and John (Marsden) are our longest serving members with 48 and 45 years respectively, and are still going.

“Hopefully it inspires the team to play a bit better.”

Boyd agreed that the selected heroes and legends team would generate plenty of discussion tomorrow.

“You could pick another three teams that could maybe beat that one,” he said.

IN other matches tomorrow, Lucknow will be hoping to continue its solid run of form ahead of the finals when it travels to take on the bottom-placed Orbost-Snowy Rovers, and Wy Yung will meet Lindenow in a top of the table clash. Paynesville will have the bye ahead of the first semi-final against Lucknow.