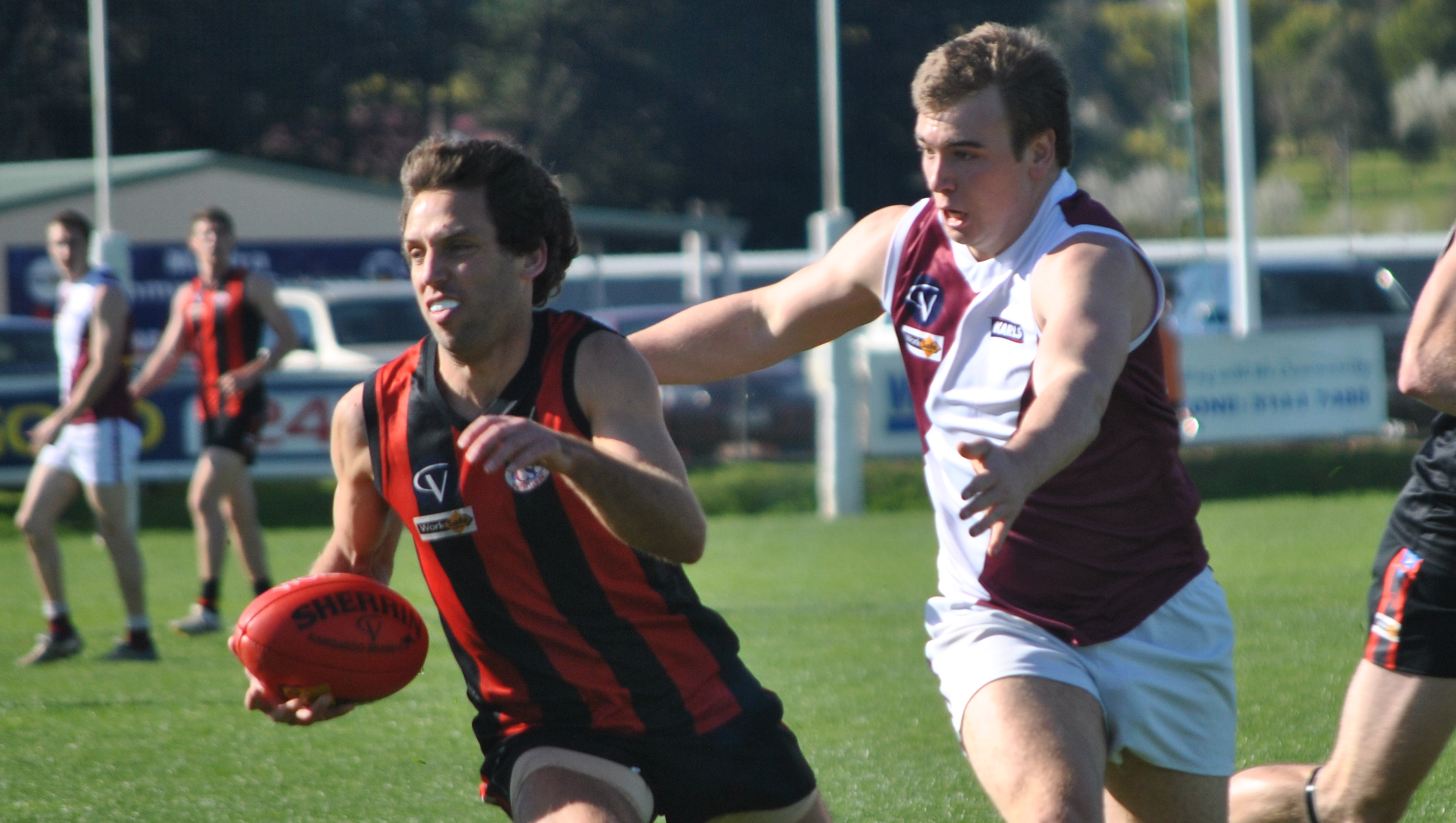 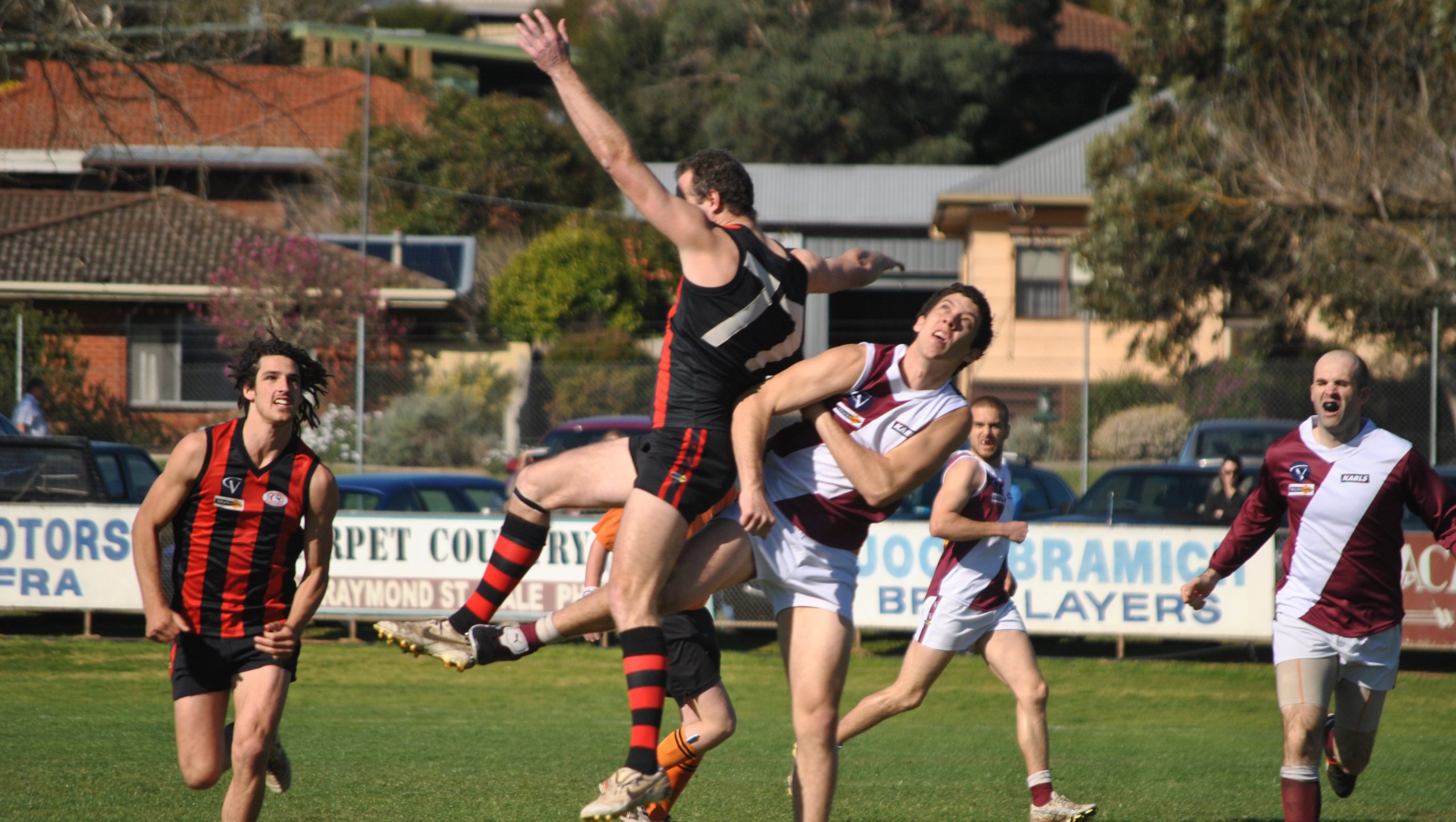 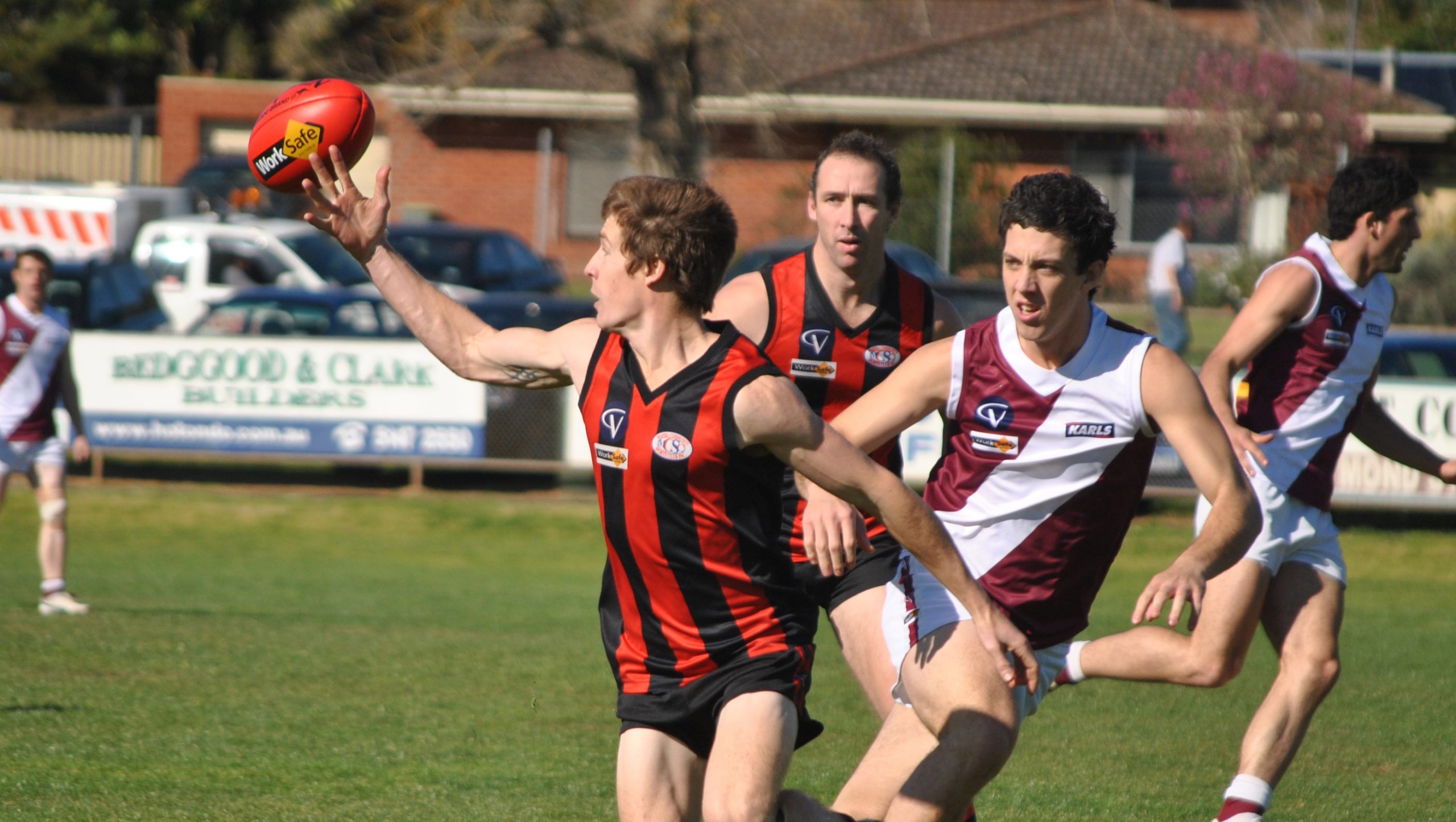 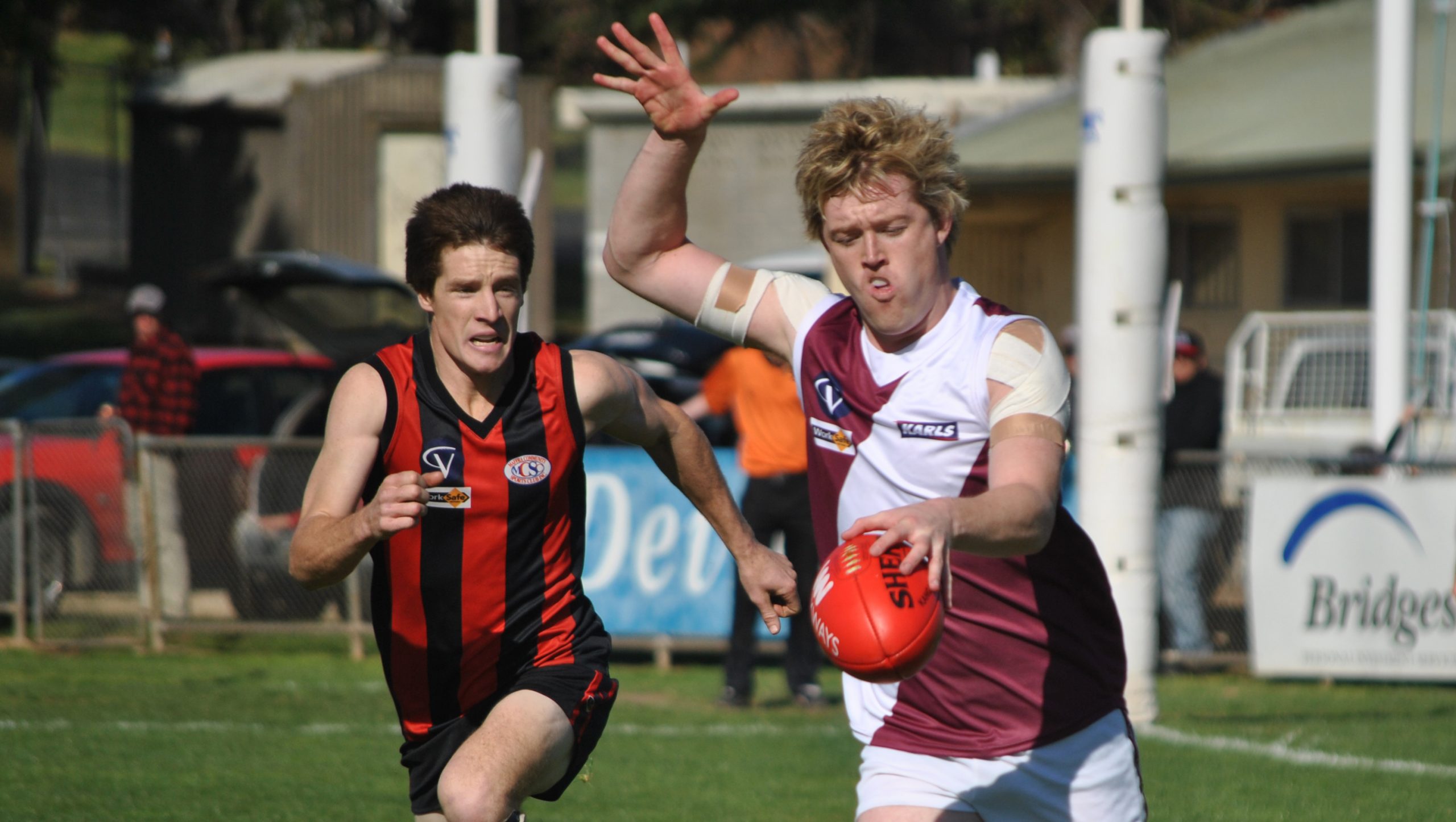 The victory moved the Eagles back into third position and a qualifying final against Leongatha, and relegated Traralgon to a do-or-die match against Morwell.

The Eagles’ side was strengthened by the return of Hayden and Adrian Burgiel from injury, and both had major roles in their victory.

Adrian kicked three goals, as did Daniel Bedgood, while Hayden made good use of the ball around the ground alongside Kel Porter, Ben Coleman, Josh Scott and Kal Killoran.

The Maffra defence, whose strength was questioned ahead of the finals, stood tall, led by Ryan Foat, keeping the Maroons’ key forwards Lee Stockdale and Dan McKenna to two and one goals respectively.

Despite the Maroons dominating play, the Eagles led by one point at quater-time. The visitors’ kicking for goal was atrocious, kicking 0.8 with most of the misses coming from set shots or with players not being under pressure.

The only goal of the first term came from the boot of Josh Stubbe.

The Eagles appeared to find their form in the second term before late Traralgon goals reduced the deficit to eight points at half-time.

Traralgon won the under 18 and 16 contests.