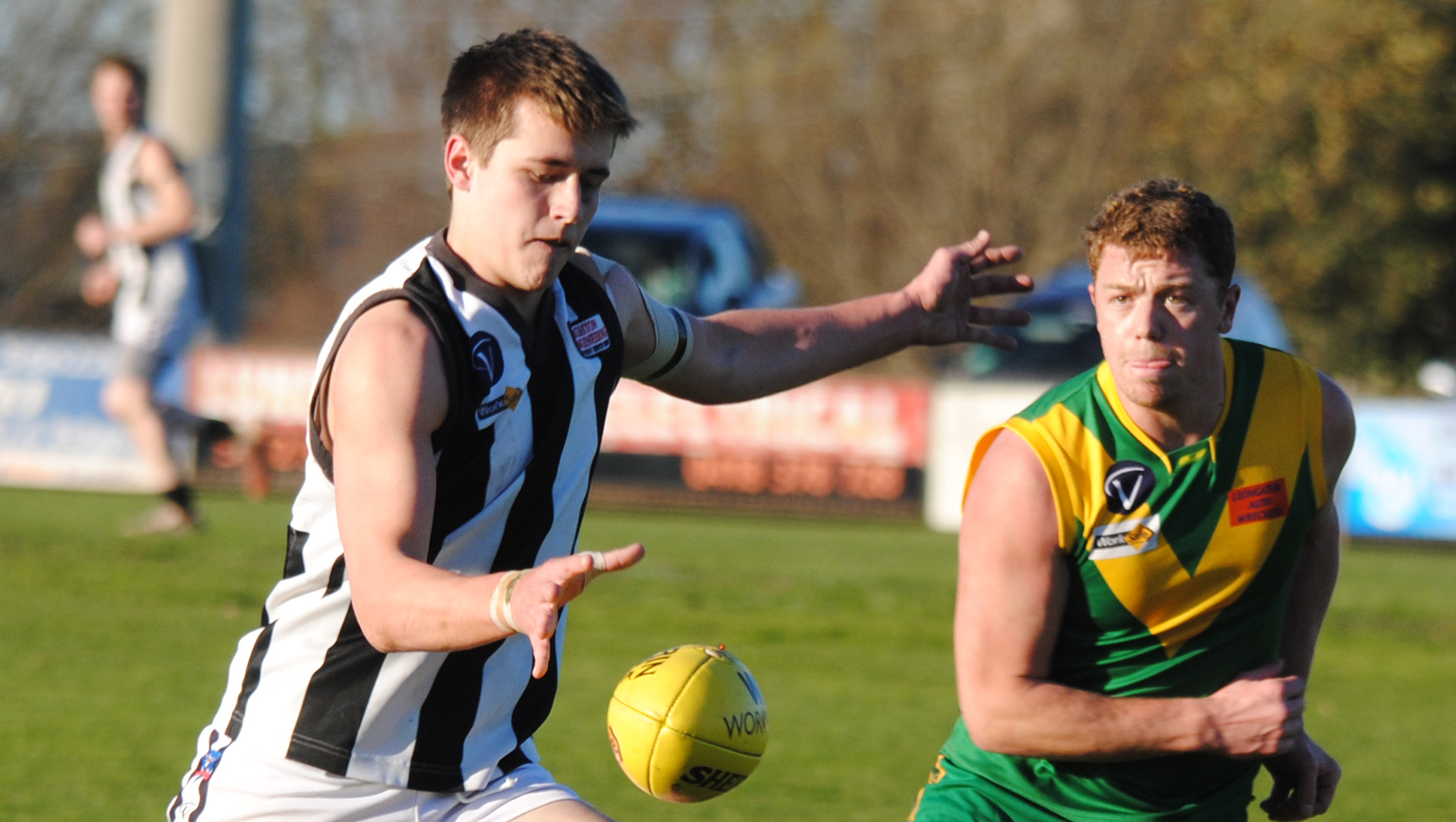 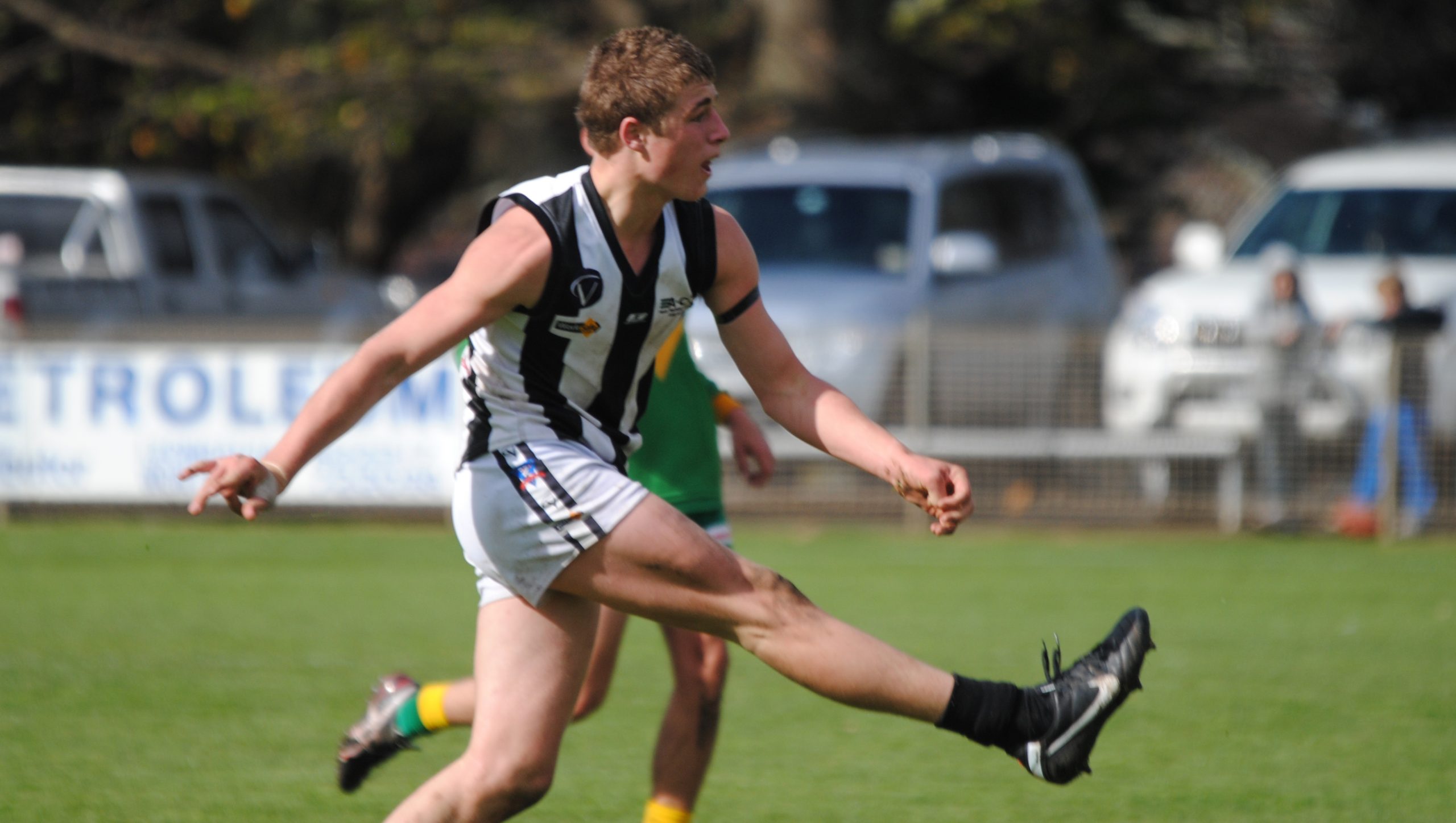 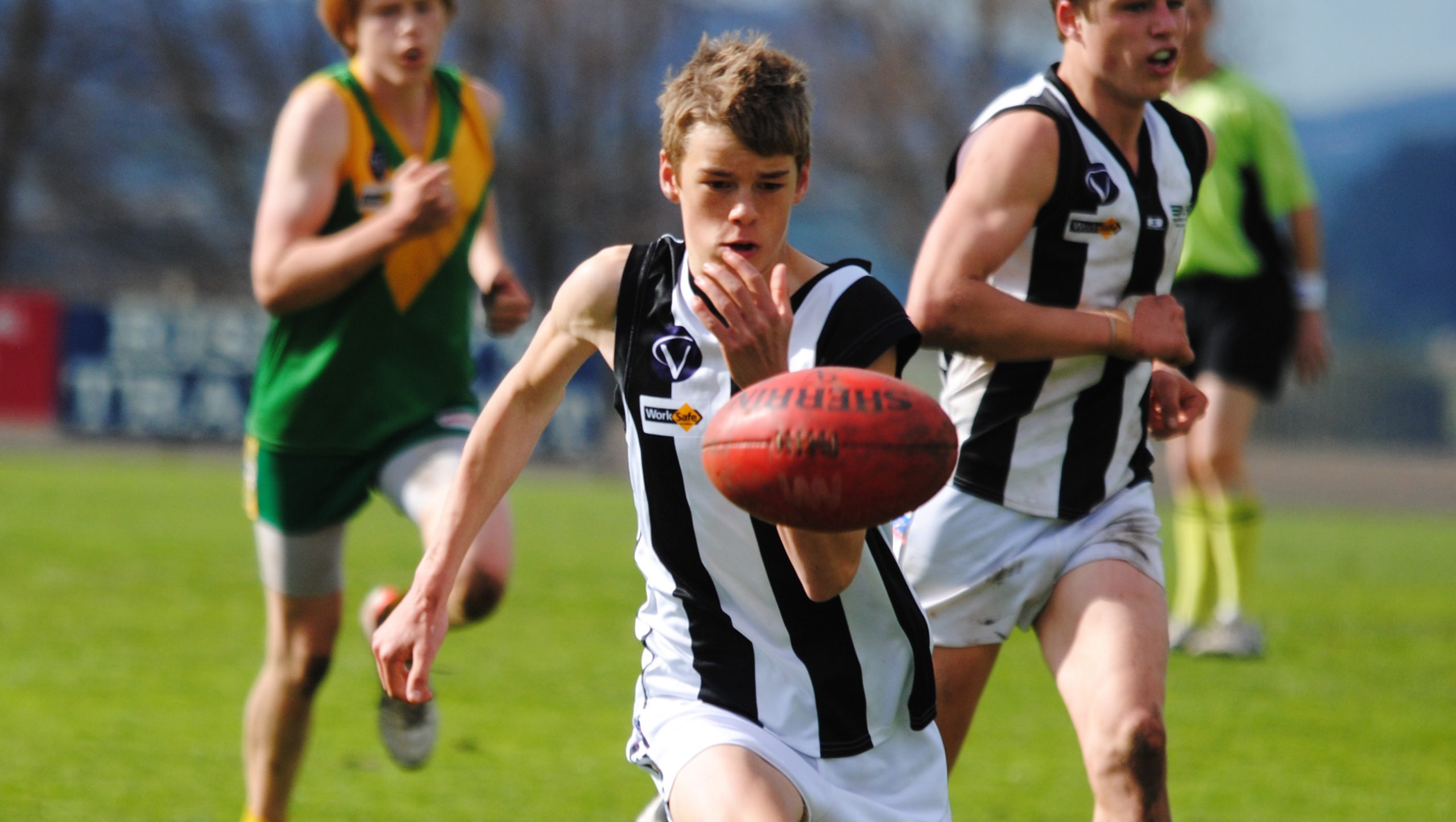 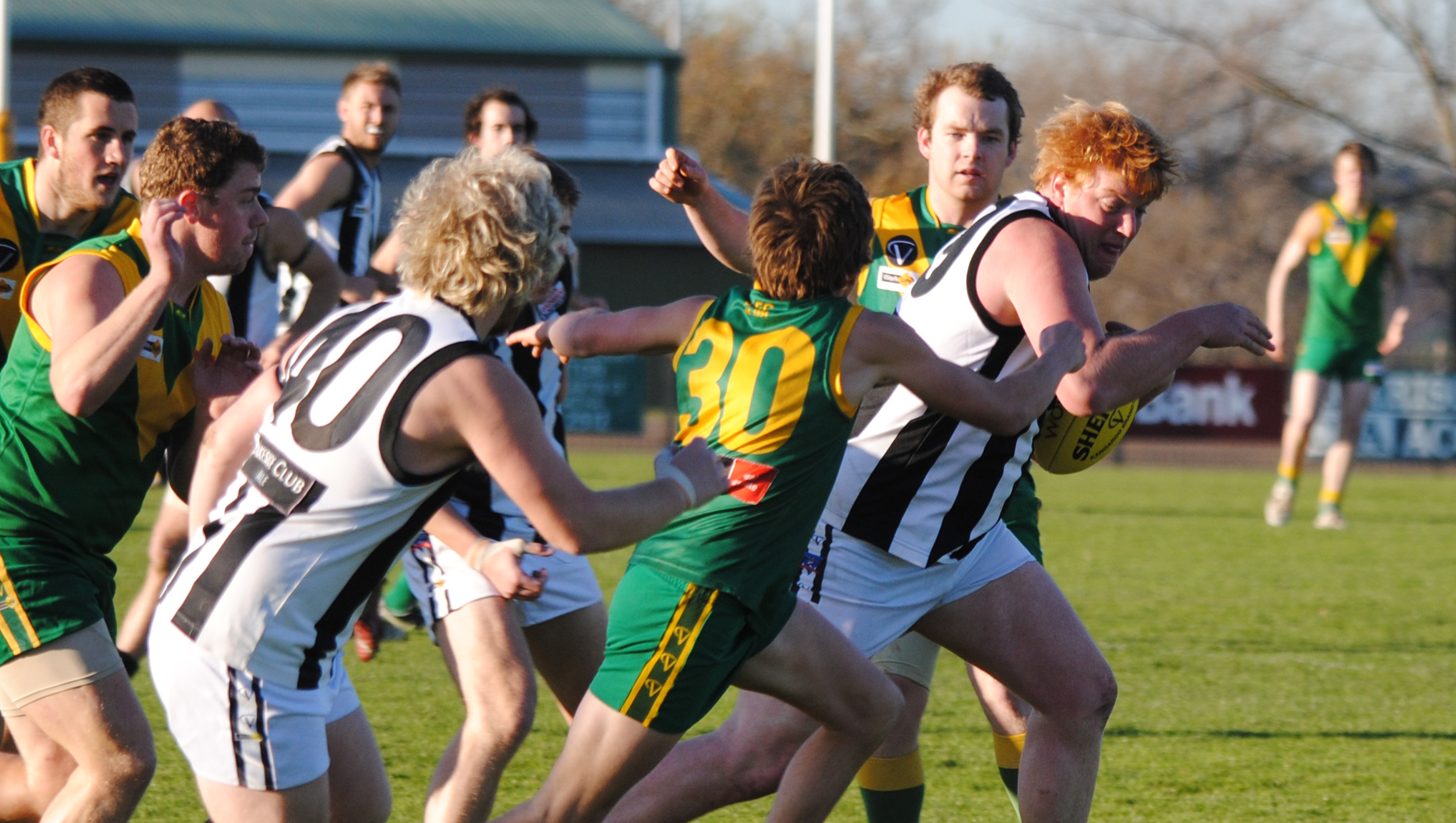 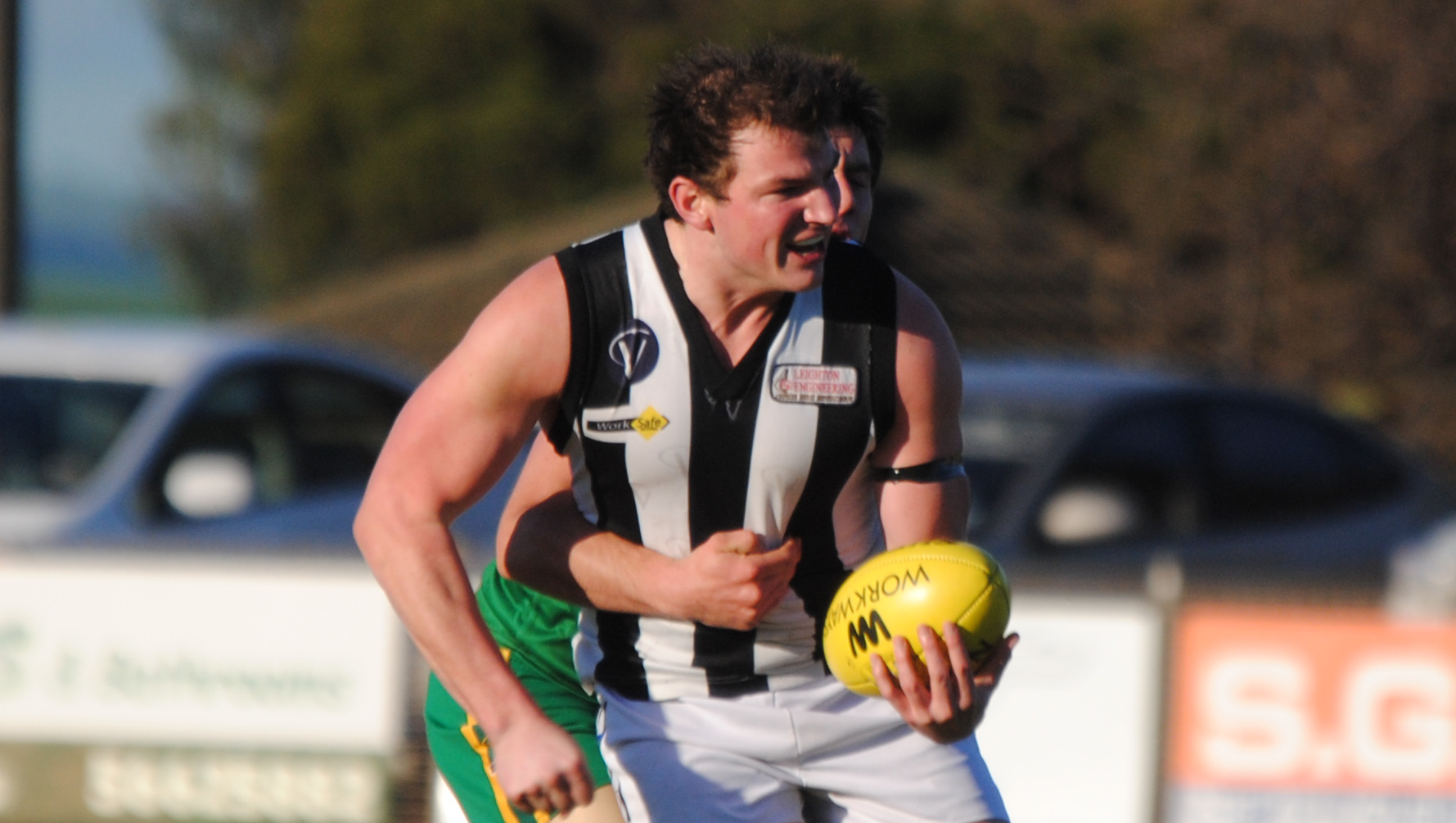 GIPPSLAND League minor premier Sale showed why it is the premiership favourite with an emphatic 77-point win over second-placed Leongatha.

The Parrots kicked their lowest ever score against Sale, beating the previous mark of 2.8 (20) set in 1991. It was only a point more than their lowest score in this league, set against Garfield in 2007.

The closest the embarrassed Parrots came to kicking a goal was in the final quarter when they twice hit the goal post.

In this night match the Magpies excelled in all departments of the game in a relentless exhibition of power football played in windy and wet conditions. Sale handled the ball with authority and their work rate was superior to that of Leongatha, who at no stage was able to have any influence on the game.

With first use of a strong breeze, Sale asserted its influence on the game with its midfielders on top using long kicks into their forward line, putting the Parrots’ defence under extreme pressure.

Against the wind in the second quarter the Magpie defence, led by Jordan Dessent and Lochie Todd, was impressive as the Parrots struggled to get a score on the board.

The signs were ominous for Leongatha at half-time as the Magpies held a 35-point lead in the low scoring affair.

Leongatha tried hard to lift its workrate in the third quarter, but its efforts became frustrated, resulting in a melee which did not help the Parrots’ cause.

Sale coach Matt Ferguson, who had been well-held by Parrots full back Rhett McLennan in the first half, broke free to kick three second half goals which helped put the result beyond doubt.

Sale was well-served by its on-ballers, especially Cory Scholtes, who picked up kicks all over the ground in his 100th game.

Defender Shane Fyfe notched up his 150th game for the Magpies, while a leg injury delayed Kane Fraser’s 250th match.

For the Parrots none tried harder than the reliable defender Tas Clingan, who got good support from Roy Mullens, Haden Browne, and Chris Verboon, however their chances further diminished when high profile players Dave Gourdis and Rhett Kelly left the ground during the third quarter with what appeared to be serious leg injuries.

The Parrots will now have some soul searching to do if they are to be serious contenders in the finals series. On the other hand, the Magpies who are playing full of confidence will have a full list to pick from.

The Sale reserves, with Mitch Davis outstanding, had an exciting seven-point win over ladder leader Leongatha to cement second place on the ladder, while both the Magpies’ under 18s and 16s had comfortable wins.

Under 18 player Alex Saunders was the Redlegs’ best with James Gibbs and Nick George kicking five goals each.

The Hawks led at each change before the Tigers, who were resting some players ahead of the finals, fought back in the final term, kicking three goals to one.

Shaun Phelan and Daniel Barrand for the Hawks’ best, while Joel Soutar led the Tigers’ charge.