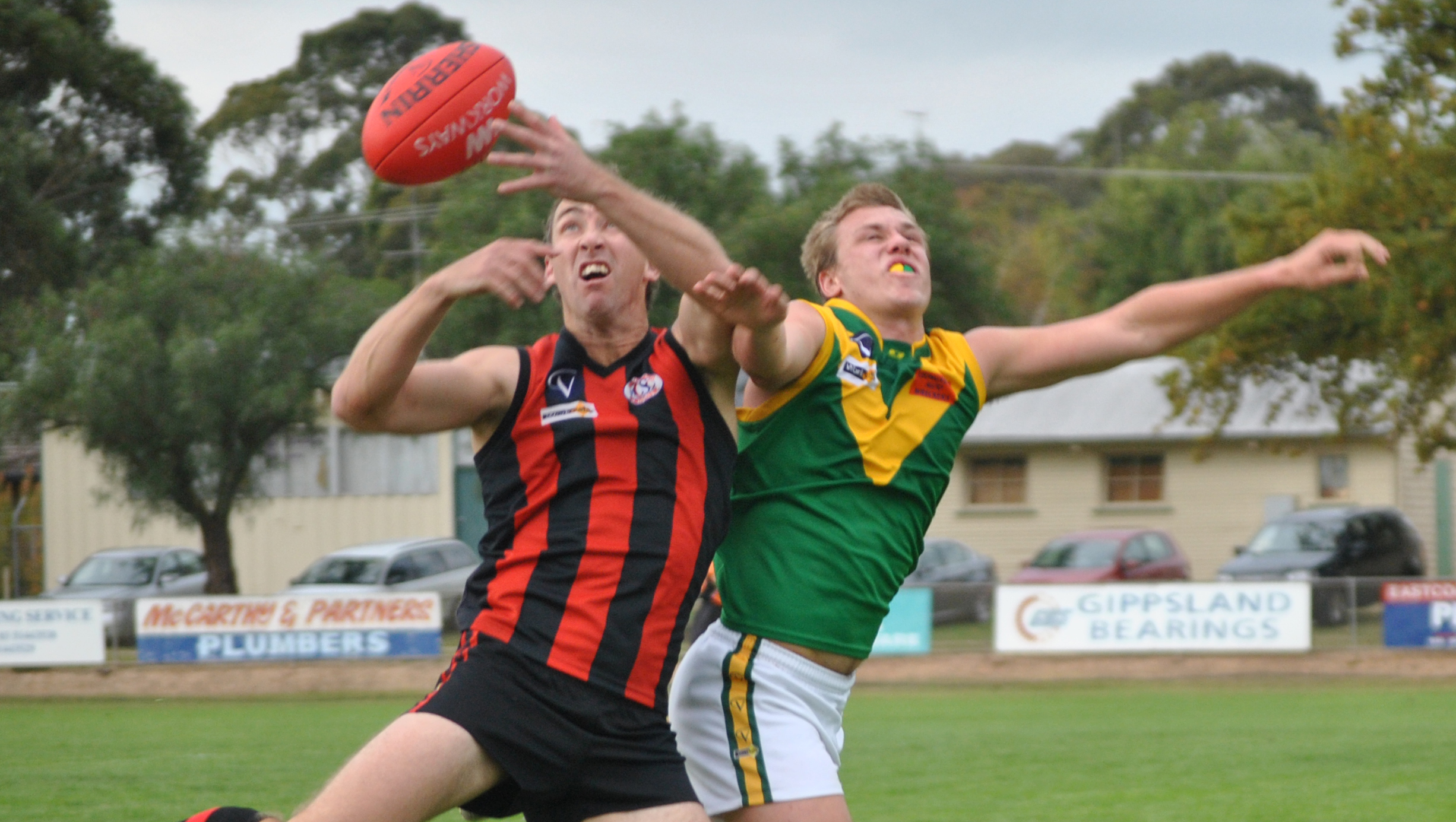 MAFFRA can set-up a third “Battle of the Birds” this season with victory over Leongatha in tomorrow’s Gippsland League football qualifying final.

Victory over Traralgon last weekend afforded the Eagles the luxury of the double chance during the finals. Defeat the Parrots tomorrow at Morwell and the Eagles will meet minor premier Sale in the second semi-final.

The Eagles were superb in the second half against Traralgon, showing superior skill, fitness and ability to adjust to the cross breeze at the Maffra Recreation Rerserve. The Eagles punished the Maroons’ early inaccuracy in front of goal to win by 41 points.

Maffra’s defence was a key to the victory, weathering the early storm against Traralgon’s potent forward line, which failed to fire. Tomorrow it will face Jake Best and Dwayne Holt, who will be keen to return to form after disappointing showings against Sale on Saturday night.

The Parrots put in a shocker against Sale, failing to kick a goal, with the evening conditions and a miserly Magpies’ defence not helping their cause.

The Parrots won both meetings against Maffra this year, ending a run of 22 losses to the Eagles. The Parrots were too strong at Maffra, but the Eagles pushed them at home in round 13.

Leongatha’s back line could be tested by the in-form Daniel Bedggood and Adrian Burgiel, who is finding touch after a long lay-off through injury.

The Parrots’ midfield will need to stop Hayden Burgiel, Ben Coleman, Gary Jones and Kel Porter from getting the ball forward.

LATROBE Valley rivals Traralgon and Morwell will meet in the elimination final at Traralgon on Sunday.

Both teams head into the clash off losses.

The Tigers were, with the exception of Sale, the competition’s form side during the middle of the year, winning seven matches, losing one and drawing another between rounds six and 14 to see it push for a top three spot, but since then have won just one of their past four games.

For three quarters against Drouin, the Tigers didn’t have any fit players on the bench with key position players Daniel Hutchinson (corked thigh) and Shane Ryan (back injury) not returning to the field to protect them for this weekend.

Players such as Adam Bailey and Mannon Johnston are likely to miss.

The Tigers perhaps should have won as they played possession football for the final minute with them ahead on the scoreboard, trouble was the scoreboard was incorrect with the Hawks winning by three points.

Traralgon was seemingly set for another top three finish, after winning five of six matches before its heavy loss at Maffra had the Maroons coaching staff heading back to the drawing board.

The Maroons wasted opportunities early to get away from the Eagles, before the home side found the right gear and overran the Maroons. Traralgon was missing the drive of Danny Campbell, whose season was ended by a four-match penalty arising from the Maroon’s win over Morwell.