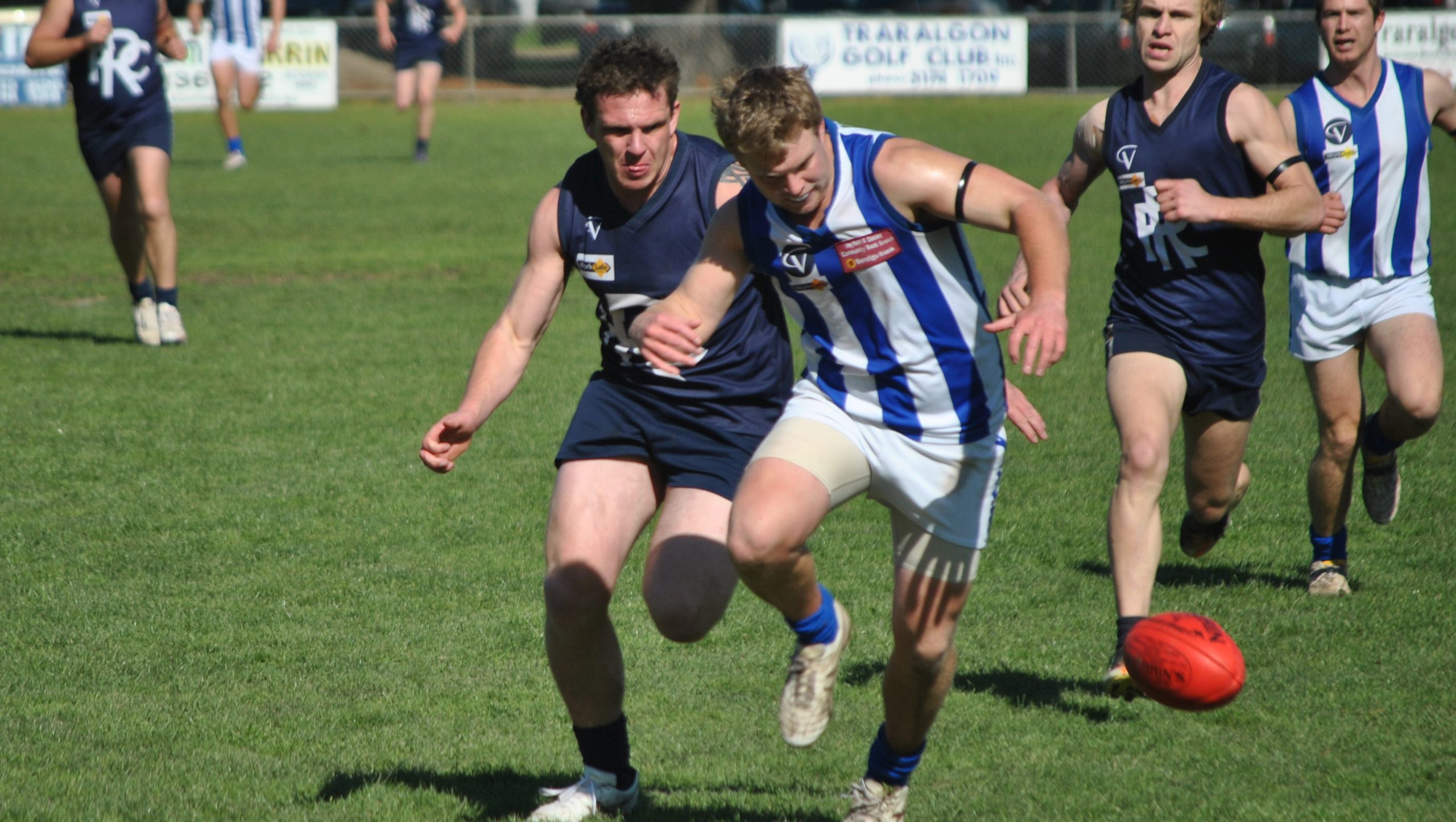 ROSEDALE, already in the North Gippsland football grand final, awaits the winner of the preliminary final between Heyfield and Sale City.

While the Blues and Bulldogs have both had the tag of premiership favourites for the majority of the season, early pre-season predictions suggested Heyfield would possibly languish outside the top five – how wrong they were to be.

Beginning their season on the wrong foot against Rosedale, the Kangaroos hit their straps to quickly become touted as a serious premiership contender after an impressive resurgence.

It is this resurgence and the fact that the Kangaroos’ are the only side to account for Sale City on three occasions they have met this season, including the qualifying final clash two weeks ago, that has City coach Nick Hider under no illusion about tomorrow’s challenge at Maffra.

“We will need a full 120-minute effort on Saturday if we are going to get over them. Heyfield don’t stop, they go all day,” Hider said.

“We didn’t start well on Sunday, or the week prior against Heyfield, we need to sharpen our starts up and play consistent competitive football.”

While the Bulldogs booked their preliminary final berth on the back of a one-point win, Heyfield last Saturday had a day it would rather forget, having gone down in a one-sided second semi-final against Rosedale.

Kangaroos assistant coach Jesse Leeds said the side needed to focus on its second chance against the Bulldogs.

“The result didn’t go the way that we wanted, but that’s why we worked hard to get the second chance so we now need to focus on the game at hand and hopefully come away with the goods,” he said.

“Like two weeks ago, again we are under no illusions as to the challenge that awaits, Sale City come good in finals we know that so we need to do whatever we can to stop that.”

Leeds said it was likely to be a few changes to the line-up with a few players under an injury cloud.

“We are hoping that we can get those guys back but we won’t know until later in the week,” he said.

“Every time that we play Sale City the guys get up and about. There is just something about the two sides, so we need to make sure that we have the best side out there that can put together a four quarter effort that’s required.”