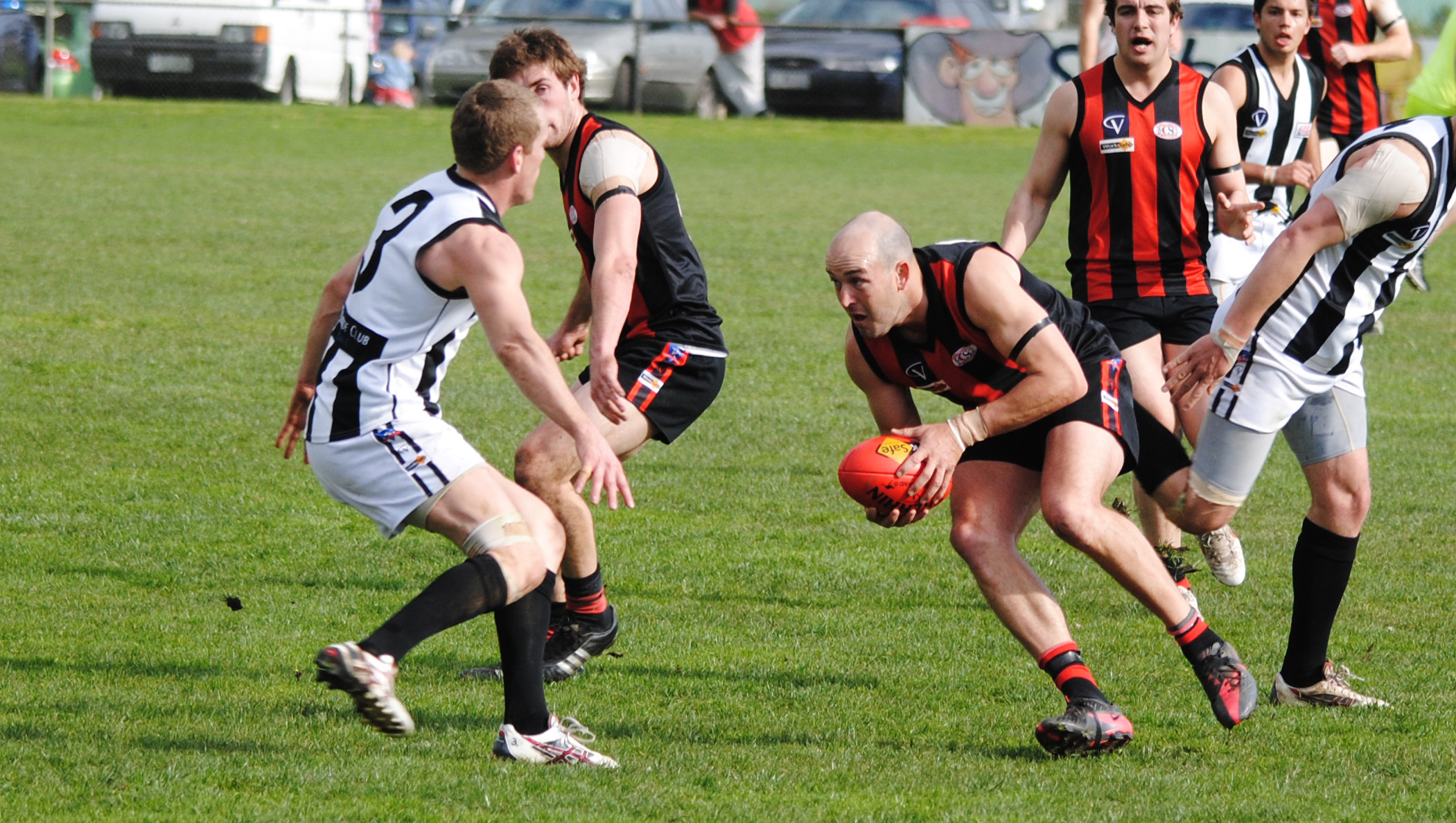 THE first place in the Gippsland League football grand final will be awarded to the winner of tomorrow’s second semi-final at Traralgon between local rivals Sale and Maffra.

Sale has been the competition yardstick this season, highlighted by a thumping victory over second-placed Leongatha in round 18 before its week off, but could be challenged by a Maffra side finding its stride at the right time.

In recent weeks, the Eagles have recorded comfortable wins over Traralgon and, in the qualifying final, Leongatha. This form has coincided with the return of Adrian Burgiel, with eight goals against the Parrots providing something for Sale’s tough defence to think about.

The Magpies’ back line, featuring Andrew Quirk, Jordan Dessent, Ryan Pendlebury, Chris Laverty and Shane Fyfe, will also have to contend with Daniel Bedggood, Alex Carr, Jack Tatterson and Brent Connelly, who were among the goals last Saturday.

At the other end, Magpie forwards such as league leading goal kicker and coach Matt Ferguson, John Gooch and veteran Kane Fraser, who is expected to come back into the side from injury for his 250th game, will try to gain an edge on Maffra’s Sam Bristow, Ryan Foat, Sam Walker and Sam Tudor.

But the midfield battle will have a major bearing on the overall result with Sale’s Kane Martin, Corey Scholtes and Luke Collins taking on the Eagles’ Ben Coleman, Kel Porter and coach Hayden Burgiel.

There is doubt over Kal Killoran, who again injured his shoulder against the Parrots, and Dan O’Brien, who received a facial injury after being struck by John Kilsby, who fronted the tribunal during the week over the incident.

Whoever gets first use of the ball from the centre will gain a distinct advantage.

The Magpies have enjoyed big wins in their two encounters against Maffra, by 60 points in muddy conditions at home and 79 points at Maffra. Since then the Eagles, who have a habit of lifting for big games, are beginning to resemble the dominant side of old.

The Magpies would have enjoyed the week’s break and the chance to rest ahead of their assault on the finals.

These clubs share a remarkable rivalry, with only two wins separating them, in Sale’s favour, over 269 meetings since 1901. In 20 finals, the Eagles hold an 11-9 edge.

LEONGATHA needs to arrest an alarming loss of form if it’s to stay in the finals when it plays Traralgon in the first semi-final on Sunday at Moe.