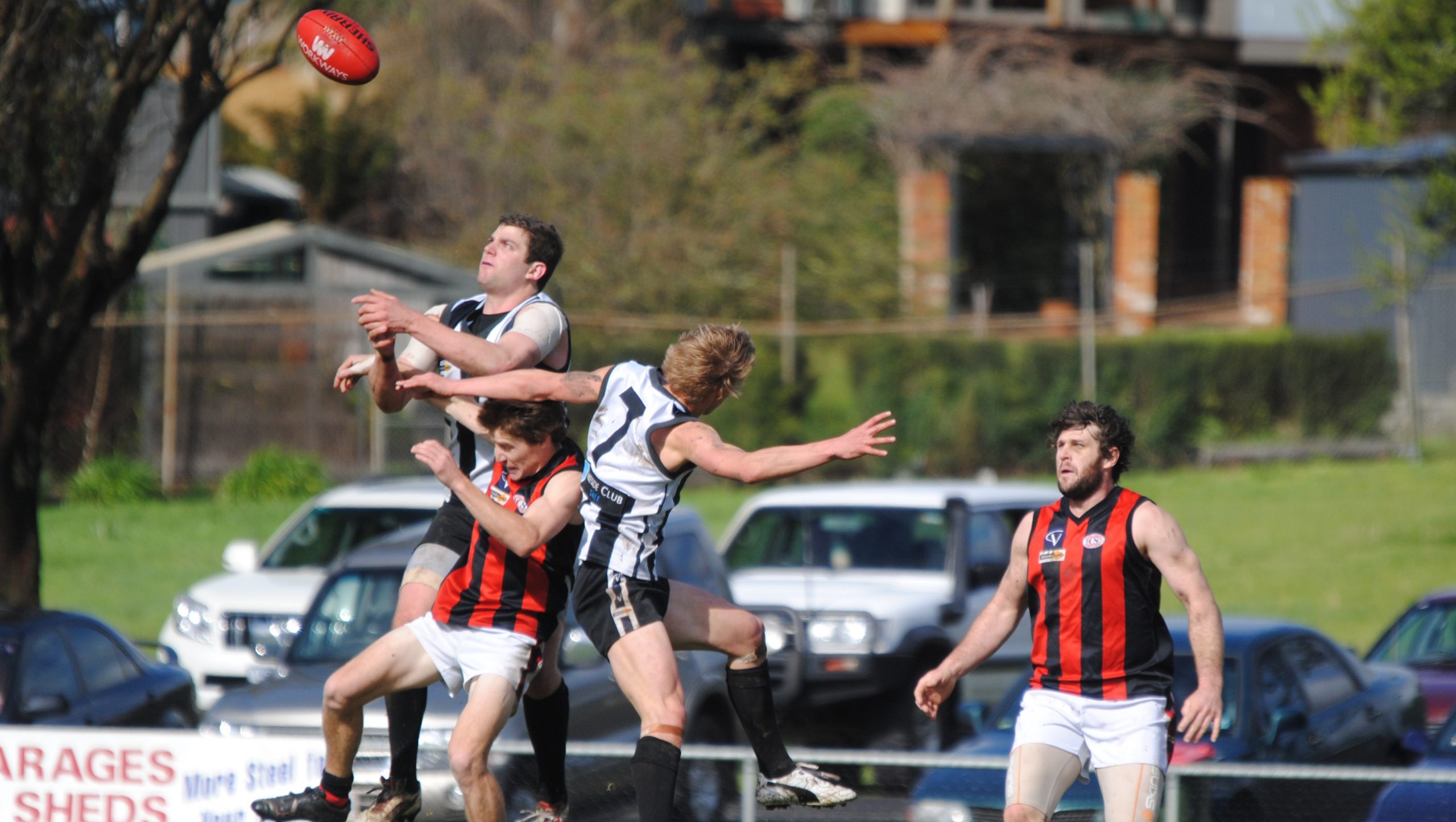 GIPPSLAND League football minor premier Sale stormed into the grand final with a compelling 38-point win over Maffra in the second semi-final.

Magpies captain-coach Matt Ferguson stood out at full forward, kicking six goals, the third time he has done this against Maffra this season. Two of his goals were kicked off the ground after brilliant efforts.

Ferguson has now kicked 90 goals in 19 games this season.

The first quarter was even with Sale kicking the first four goals before Maffra fought back with three majors to cut the deficit to seven points.

The Magpies increased their lead with a four-goal to one second quarter to lead by 26 points at the main break. After that, the further the game went, the further Sale increased its lead.

The well-drilled Magpies handled the greasy conditions much better than the Eagles as they produced a record 76 tackles for the match.

Dylan McLaren dominated the ruck duels all over the ground for Sale, giving on-ballers Kane Martin and Bodhi Walker, who kicked two goals each. The advantage of the clever McLaren tap-outs provided many Magpie scoring opportunities.

Magpie midfielders won most of the contested possessions with Jamie Sweeney, Chris Laverty and Kane Fraser, playing his 250th game, hardest at the ball, while John Gooch made another solid contribution at centre half-forward with three goals.

Maffra’s best were once again Ben Coleman and Alex Carr, while Eagles coach Hayden Burgiel and defender Winston Gieschen battled away under the Magpie pressure.

The Eagles’ three-pronged attack of Adrian Burgiel, Jack Tatterson, and Daniel Bedggood could only contribute two goals between them as they were well-blanketed by Sale defenders Andrew Quirk, Joel Wallace and Shane Fyfe.

Burgiel, who kicked eight goals the previous week, could only manage four behinds in this match.

The only downside for the Magpies was when utility player Lochie Todd went off during the third quarter with a shoulder AC joint injury.

For the grand final, Magpie selectors will have the luxury of including Luke Collins, Corey Scholtes, Brendan Rathnow, and Justin McLay all who missed the second semi-final, but will be available.

LEONGATHA bounced back from two disappointing efforts to elimate premier Traralgon in the first semi-final on Sunday.

The Maroons were kept scoreless in the first quarter at Moe as the Parrots went into the first break 16 points up. This proved the difference at the Parrots went on to win by 21 points, 13.14 (92) to 10.11 (71), to set-up a preliminary final against Maffra this weekend.

Zac Vernon led the midfield charge for the Parrots, building on the efforts of their half-backs, led by Hayden Browne.

Mark Collison and Dan McKenna, who initially had been ruled out of the match, were the Maroons’ best, with Lee Stockdale kicking four goals.

SALE progressed to the reserves grand final berth after holding on to a one-point lead during a thrilling final quarter of the second semi-final to defeat minor premier Leongatha.

In another low scoring game, the Eagles led by eight points at the final change, but were left goal-less for the final term as the Tigers kicked two.

SALE showed good teamwork and desperation to defeat Traralgon in the under 18 first semi-final.

Warragul handled the slippery conditions better than Bairnsdale to win the second semi-final by five points.

TRARALGON defeated Sale by 11 points in the under 16 second semi.

Maffra’s season was ended by Bairnsdale, who ran away in the second half to win the first semi-final.