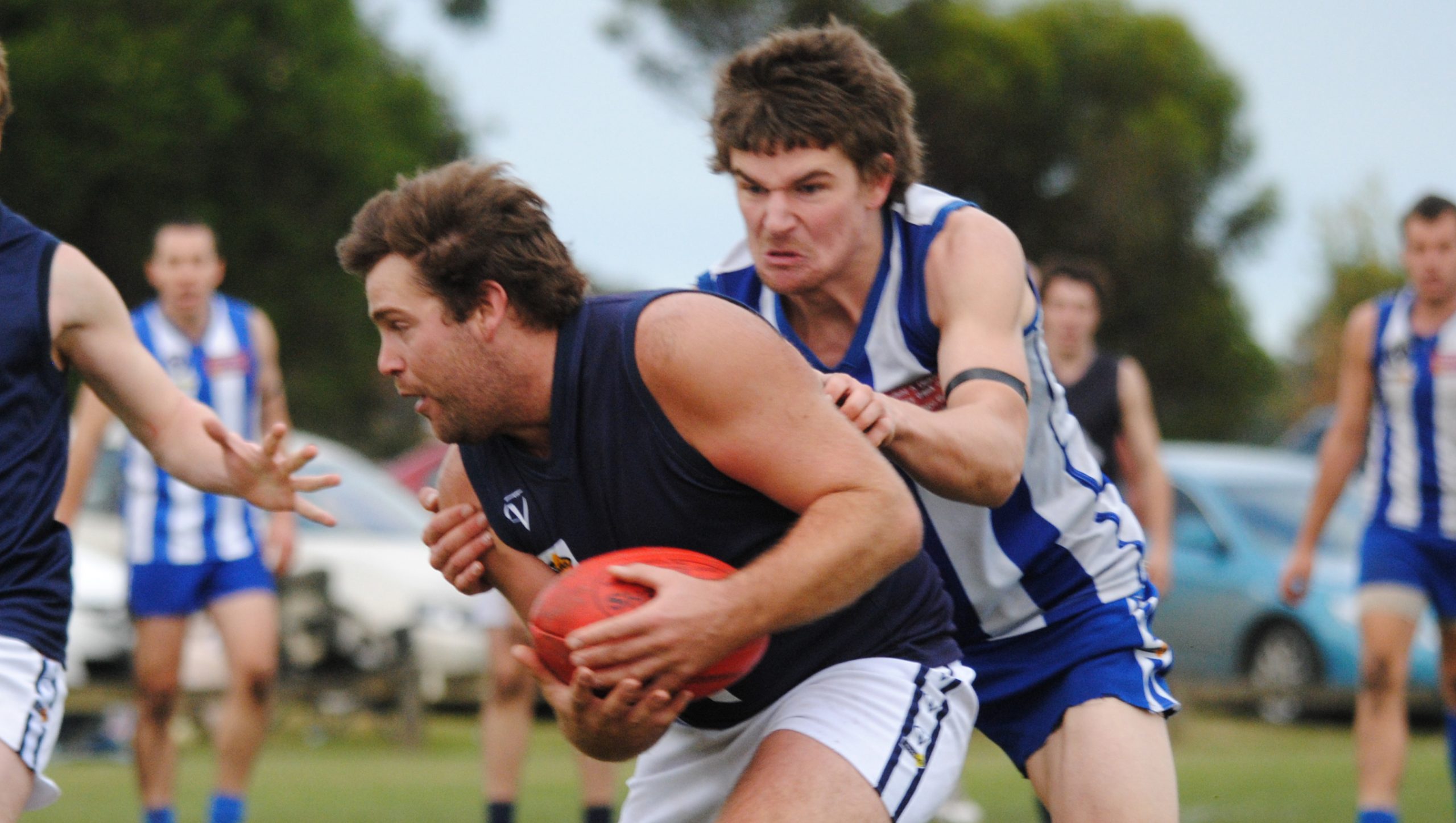 ROSEDALE and Heyfield will square off in a mighty North Gippsland football grand final at the Traralgon Recreation Reserve tomorrow.

The Blues’ challenge for the premiership began early, with eight wins from nine games.

Many thought Heyfield’s golden era had well and truly ended as the once September specialist had for the past two years sat on the sidelines during the finals. How wrong they would be.

The Kangaroos have had an impressive season, with one statistic more telling than others was their ability to defeat two-time reigning premier Sale City for the fourth time this year in the preliminary final.

The Kangaroos now have the unenviable task of halting the Blues if they are to claim their first flag in three seasons. Assistant coach Jesse Leeds wasn’t worried about his side going into the clash carrying the underdog tag, perhaps instead relishing the pressure being placed on the opposition.

“It has been a challenging season, many wrote us off early didn’t give us a chance of even finishing top five, so from a club and coaching perspective we are rapt to have made the grand final,” he said.

“We are in the fortunate position I guess that we go into the game with nothing to lose and everything to gain, where there is a fair bit of pressure on Rosedale to perform. It certainly is better to be the hunter thanthe hunted in this instance.”

Leeds knew his side would need to take its game to another level to claim the title.

“Our effort on Saturday was really good, we played well in the tough conditions. We were strengthened over the board with the inclusion of some players and it was a full team effort something that we will need to replicate,” he said.

“We’re under no illusions as to how good they are, we know that it is going to be tough. For some reason this year we haven’t been able to play our best footy against Rosedale and Glengarry this season, I’m not sure why it happens.

“When the sides met a fortnight ago we didn’t make the most of our opportunities, we missed easy goals and failed to capitalise on going into the first change a few goals up.

“We feel that this time around we will be more similar in team structure to them, the inclusion of Daniel Brown strengthens our back line provides us with extra height, we both have quick on-ballers and our forward structures are very similar with key tall targets.”

With Rosedale boasting one of the best midfields going around and a number of speedsters who have hurt Heyfield in the past, the Kangaroos will have to avoid a repeat of a 12-goal semi-final defeat.

In his second stint as Rosedale coach, Damien Birss has taken his side from middle of the pack to one of the marquee teams in the competition.

Scraping into finals in 2010, the Blues’ self belief and team cohesion saw them take the long road to the grand final where they fell short of Sale City.

Two years later, how different a path they would take. With Birss back at the helm, he has again primed the side for a tilt at claiming the club’s first senior premiership in 11 years.

While the Blues may have had it all their way against Heyfield throughout the season, chairman of selectors Cameron Mayne was only too aware how different finals were.

“The second semi against Heyfield was the first time that the side played together at full strength,” he said.

“Finals are a different game, we are not expecting an easy run or looking at past results, they aren’t factoring into it at all. We know that Heyfield will come out hard.”

While goals are required to win the contest, many of the opposition coaches know too well the damage both midfields can inflict, with the Blues’ engine room perhaps holding the edge over Heyfield.

League team of the year members Justin Emery, ruckman Jon Cantwell and captain Chris King can quickly turn a game and were instrumental in the side’s semi-final victory against Heyfield. Jeremy Reid stood tall in the second semi, kicking five goals, three of which came in a two-minute purple patch late during the second term.

While Rosedale’s engine room is impressive, it is set to meet classy opposition with Shaun Humphries, Josh Neille, Adrian Cox and Mat Goodwin the main instigators in Heyfield’s dominance of the centre clearances throughout the final series.

Coach Adrian Cox will no doubt draw the attention of Rosedale’s taggers in an effort to halt his impact, which was felt by Sale City’s back line as he moved forward, having a day out in front of goal.