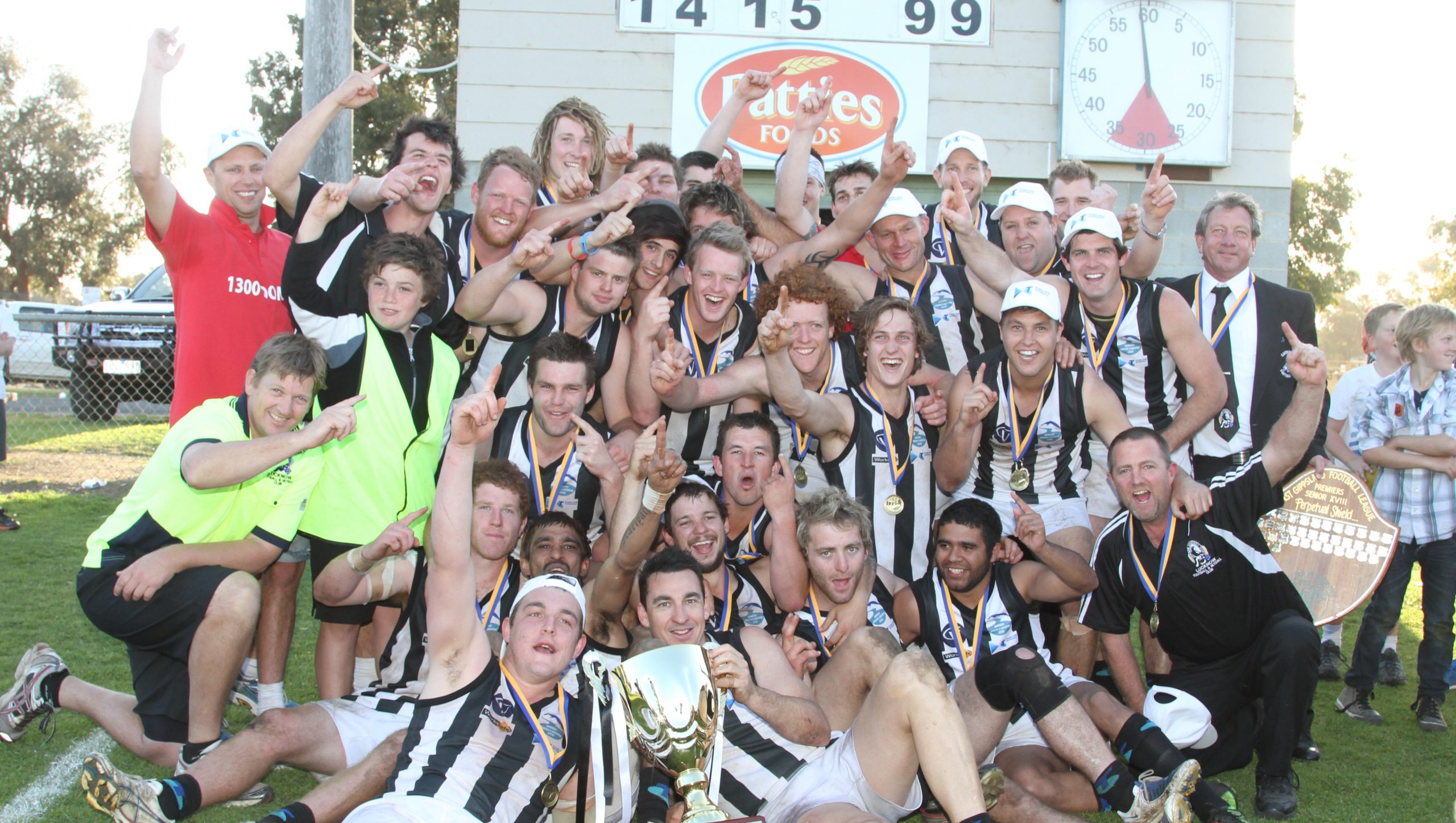 The Cats were left to rue missed opportunities in the second half, scoring two goals and seven behinds as the Magpies ran away to comfortably claim the premiership, 14.15 (99) to 5.12 (42).

Leading by 26 points at half-time, the Magpies extended the lead to 40 at the last change.

The Seagulls set up the win with an 11-goal to three first half. The Gulls would win the second half, but the 45-point half-time deficit proved to big a gap to close.

Stratford stayed in touch in a low scoring first half before the game opened up, with the Swans kicking six third quarter goals to take a nine point lead into the final change. But the Swans would score just two behinds in the final quarter, while the Seagulls piled on eight goals.

Jesse Beha and Riley White kicked 11 goals between them for the Seagulls.

The yellow carding of Liam Lemon did not help the Swans’ cause during the match.