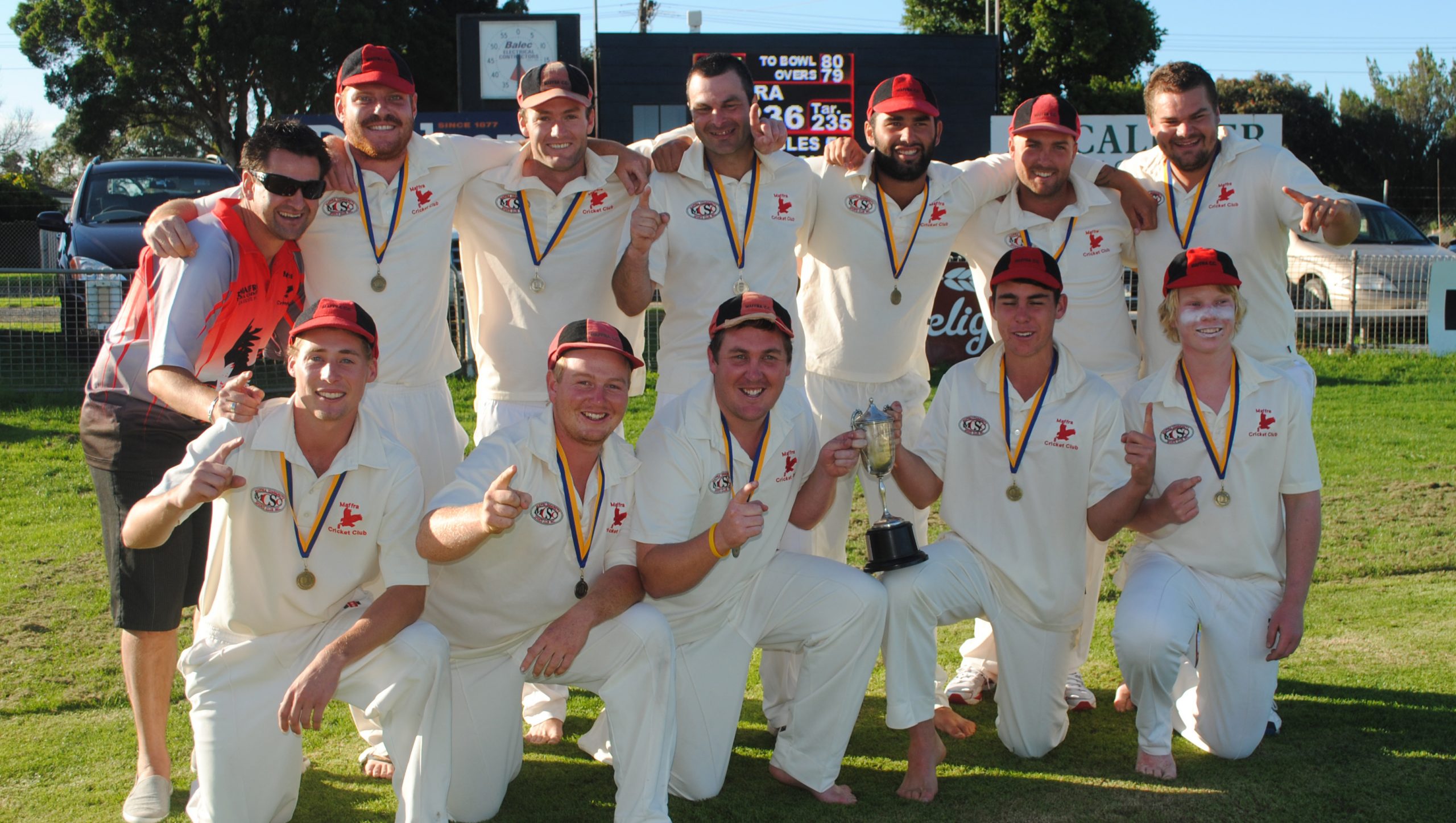 THEY were scenes which will long live in the memory of people who were there that March day.

The grand final ended an even season, now what is expected to be another exciting season begins on Saturday, somewhat appropriately with a rematch of that premiership decider.

All eight first grade sides have prospects for a good season with the race for the top four likely to be hotly contested as the teams look to dethrone premier Maffra.

REIGNING first grade premier Maffra will be hoping for another successful season with minimal changes to its first grade side for season 2012-13.

Secretary John McLaverty said while Englishman Pete Roberts was not returning, the Eagles were hoping to have another overseas player join the club before the start of the season.

“Our New Zealander, Josh Rurawhe has returned,” he said.

“Brett Lanigan will captain the first grade side, and is also captain of the Sale-Maffra representative team.

“We haven’t lost or gained too many and we are hoping for another successful season.”

Maffra will begin its premiership defence at home against Bundalaguah in a rematch of last year’s grand final.

FINISHING runner-up to Maffra last season after a heartbreaking loss in the grand final, Bundalaguah will be hoping for another strong season with Matt Dowsett set to take the first grade captaincy.

Set to claim the premiership, Bundalaguah was denied by a wagging Maffra trail. Eight wickets down, Maffra was able to score 76 more runs to take the title.

Apart from the absence of Tudor, there doesn’t appear to be many changes as Bundalaguah looks to remain strong across its senior sides.

COLLEGIANS will this season be led by Mark Nicholls, who returns to the club to be its captain and coach after two high-scoring seasons with Toongabbie.

After missing last season’s grand final for the first time in five years, Collegians’ side will consist of a young and exciting group, led by Jayden Allison, Jack Goodwin, Brenton Rees and Jessie Collins, who are under 18 years of age.

They will be joined by more senior members and Sam Morelli and Mitch Davis, who are returning from injury.

Collegians only just made the finals last year, with a final round wash-out getting it into the final four by less than two points from Rosedale-Kilmany.

Collegians’ first grade side will host Sale on Saturday.

LAST season’s wooden spooner Sale will continue to put its faith into a young line-up.

President Ross Coulthard said the club was entering the second year of a five-year plan to return to being a finals contender.

Coulthard said the club’s first and second grade teams would feature many teenagers.

“In four or five year’s time, we are going to have a group of kids, who won’t be kids anymore, but in the range of 20 to 23 years, and hopefully they will start to see rewards,” he said.

Sale’s first XI will again be led by former state player Ian Wrigglesworth, while Dean Benson, who has played for Australia Country, will captain Sale in its return to second grade after a season’s absence.

Adding to the wealth of experience, Lino Polo, who most recently played at Wurruk, will be club coach.

The first grade side will also have an English import, batsman Mikey Hill.

STRATFORD will be hoping for another strong season, with Jack Tatterson reappointed first grade captain.

While Michael Roberts has left to take a coaching position at Boisdale-Briagolong, the club has welcomed English import James Elder, from Ipswich, to its ranks.

President Neil Tatterson said the club was again looking for a strong showing from its first grade side after playing finals last season.

“The side should be strong,” he said.

“Our juniors have been strong and we also have some good juniors coming through such as Josh Kiss and Taylor Tatterson.”

On Saturday, Stratford will host Boisdale-Briagolong.

BOISDALE-Briagolong will be looking to push for a finals berth with the return of Dylan Bolton and the addition of an English import.

While the club will lose Kris Morrison, who has re-located to Queensland, president Daniel Murphy said the club was hopeful its first grade side could play finals with the inclusion of an English all-rounder.

Micheal Roberts has been appointed coach.

“Things are looking up; we have got Tommy Langshaw coming through, he is a good batsman and Dylan Bolton is back,” Murphy said.

“We’ve got Stephen Noble, Jason Phillips and Danny May so we are building a good team.

“We will be looking to play finals this year.”

SALE City will continue with youth in its second season back in first grade.

Vice-president Ray Floyd said numbers had been good at training, with the club to field sides in first, second and fourth grade.

The club will focus on local talent this season, with the two English imports not returning this season.

Mitch Floyd, who took out the bowling award at Country Week, could be one of several young guns to watch.

“Our numbers have been really good; we are hoping to get another side in,” Floyd said.

“We are much the same as last year, all young local talent.

The Lizards will begin their season at home against Rosedale-Kilmany.

HAVING just missed out on finals cricket last season, Rosedale-Kilmany will be looking to take the next step and secure a finals berth in season 2012-13.

Brad and Anthony Scott return to the club after a stint playing in England during the winter, and bring with them English batsman Alex Carrie.

President Rohan Mayne said the club would be aiming to play finals cricket in first grade.

“Alex is a top order bat looking to improve his cricket,” he said.

“We haven’t lost any players and having just missed finals last year, they have set themselves a goal to finish top four and play finals.”