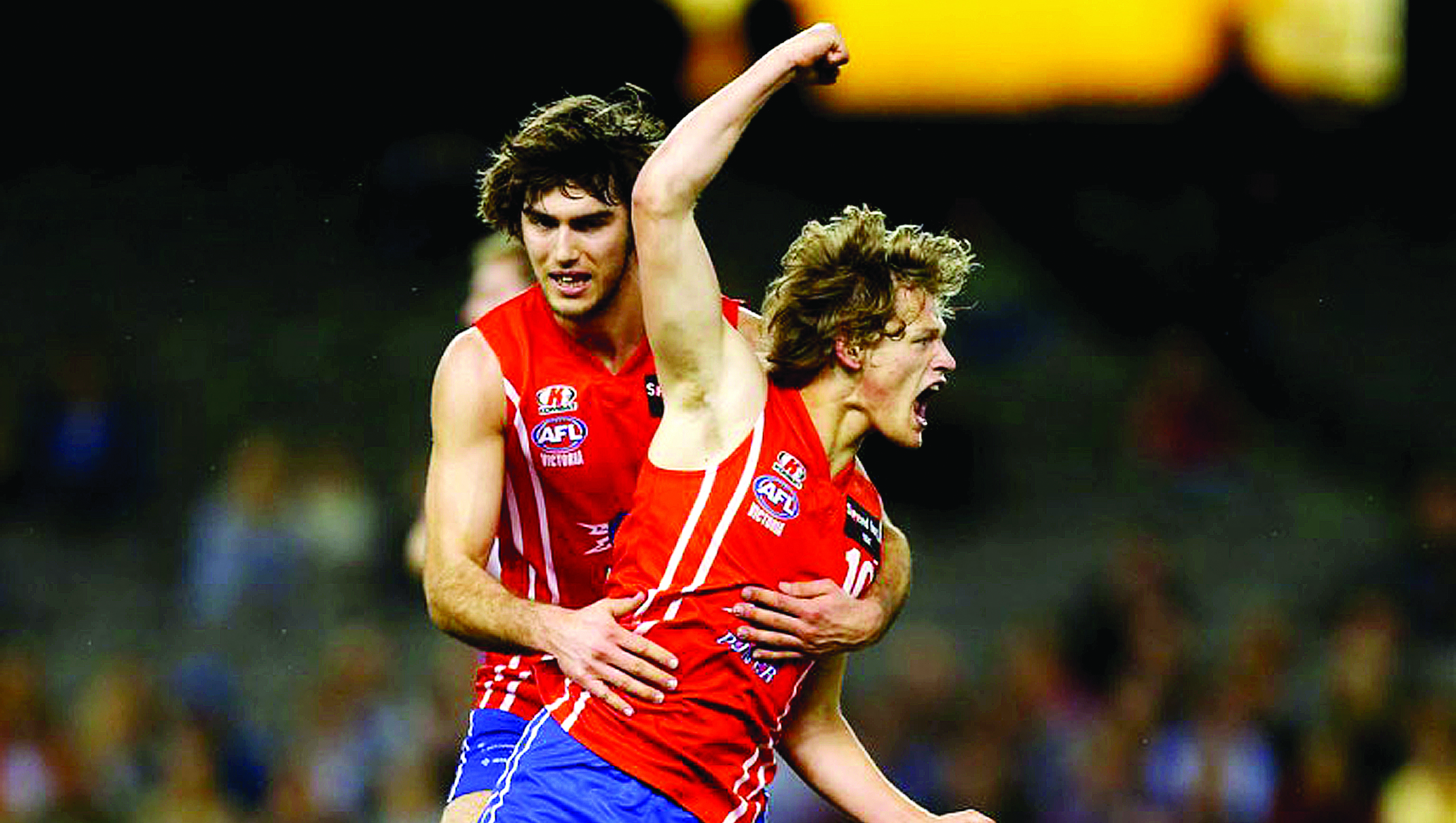 I STILL remember the first time I met Will Hams, I honestly thought he was someone’s little brother who had tagged along with the big kids.

It was at a Gippsland Power home game in 2011. Not very tall, with a slight frame Will had a helmet on to play.

When I realised he was actually going to run out on to the field I became genuinely concerned for his safety. This poor kid from Sale was going to get crunched.

But straight away my perceptions were proved wrong. Will may have been little in size but he wasn’t little in courage or ability.

I was amazed at his willingness to smash into packs and get among it. After working so hard to get the ball his disposal was then spot-on.

I left the ground that day thinking “gee, that kid Hams has got some go”. Needless to say I was instantly a fan.

Footy started as a family thing for Will. At age six he was the little bloke running around in the school under 10s team coached by his dad.

At home he would don his Richmond gear with Matty Knights’ number on the back to kick the footy with older brother Tom.

For Will, back then, footy was just about having fun with his mates.

It was evident from an early age that Will had the makings of a good footballer.

After winning best-and-fairest awards all the way through his juniors, the progression to the Gippsland Power program was the obvious next step.

While the willingness to put in the hard yards was there, Will’s first year in the TAC Cup was full of frustration. A stress fracture in his foot hampered his pre-season. While recovering from that injury he did a lot of boxing sessions and started to bulk up, only to come down with a debilitating case of glandular fever.

Will dropped about six kilograms but still managed to come back and play a number of games for Power late in the season.

To see Will now you certainly don’t think he’s someone’s little kid brother, you see a strong young man. His physical transformation has been astounding.

“I thought I better put a bit of muscle on this year so I’ve worked pretty hard in the gym and done a lot of conditioning,” he said.

That hard work has paid off with Will’s fitness levels going through the roof.

Add to that a growth spurt and he now has a body able to withstand the rigours of elite football.

“I think this is the biggest period I’ve had without anything wrong with me with sickness or injury.”

To start the 2012 season, Will’s TAC Cup coach Nick Stevens took his top age players to Mount Hotham for a pre-season camp that challenged the boys both physically and mentally.

“Stevo has been amazing. I wasn’t really sure if I could try and get to the AFL or really make it but this year Stevo has really helped me with that, he’s got me a lot of confidence,” Will said.

“Dealing with the confidence issue was the main thing and since then I think my football has just gone through from there.”

That confidence was the final piece in the puzzle to take Will from a good player to an elite player. While he was not part of the original Victoria Country squad named for the under 18 national carnival, Will’s stunning form for the Power meant that he couldn’t be overlooked.

Will went from being not even in the squad to one of Vic Country’s best players for the championships. After missing the first game he played the remaining four matches that included the final game at Etihad Stadium.

He found himself back in the middle of Etihad with his Gippsland Power teammates for the TAC Cup grand final. On that day, Will played a crucial role for his team in the midfield, kicking a goal and being named in the best players.

But in what has been touted as one of the best under 18 final ever played, the Oakleigh Chargers shattered the dream with a golden point victory.

The scene of so much heartbreak now becomes the scene of opportunity as Will attends the AFL Draft Combine at Etihad Stadium this week, where he is being put under the microscope by AFL club coaches and recruiters ahead of next month’s national draft.

Will may not be a household name like some of the other highly-touted attendees but that doesn’t mean he won’t be generating a lot of interest from AFL clubs.