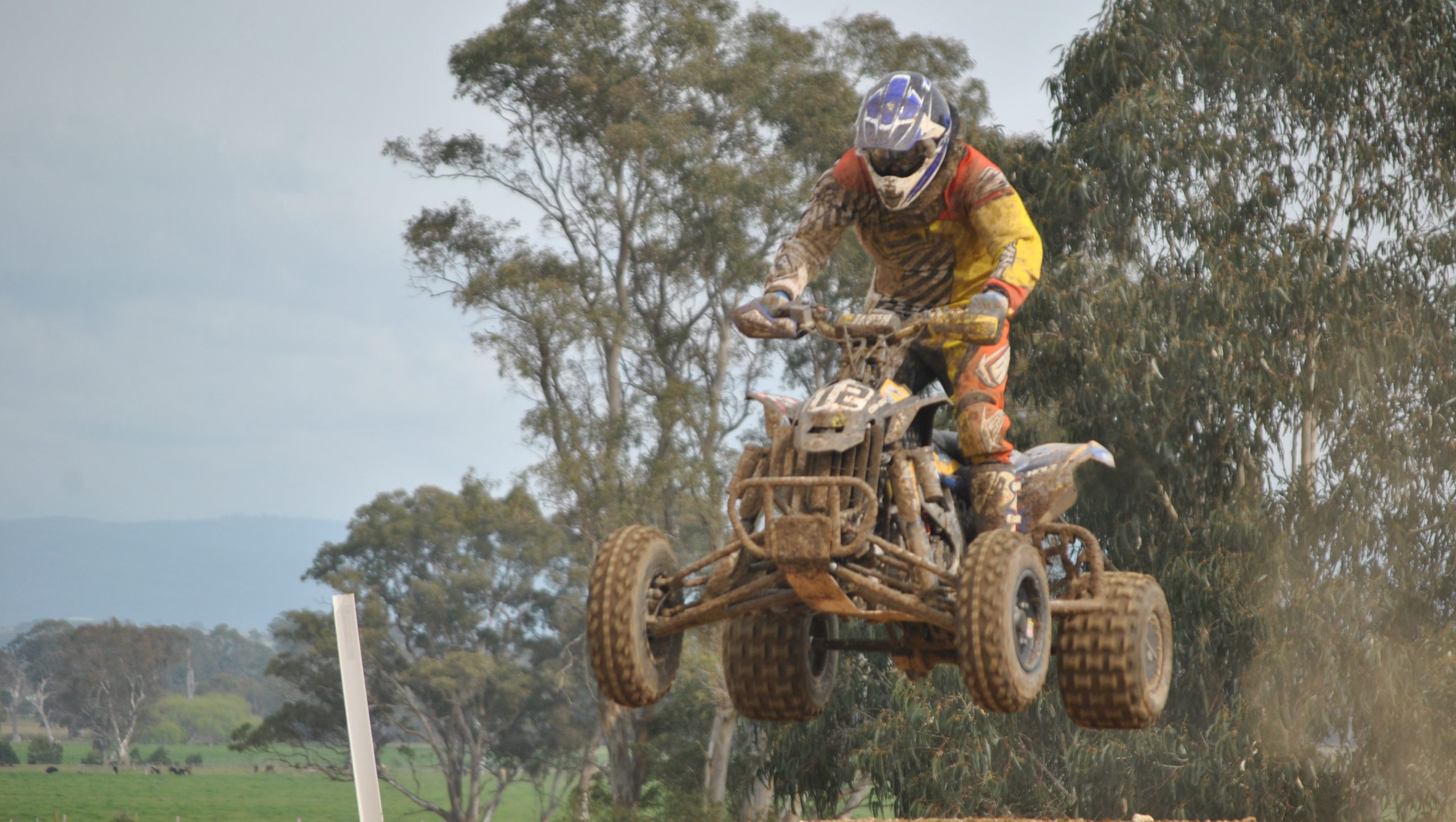 MORE than 150 riders from Australia and New Zealand will be heading to Newry this weekend to compete in the Australian quad bike championships.

The Maffra-Sale Motorcycle Club has had plenty of practice hosting big events, with the state quad championships held at Newry last month.

The championships will be a family affair for the Van Vliet brothers from Narre Warren, as Mitch, Jake, Harrison and Cooper battle each other during the two days of competition.

Eldest brother, Mitch, 20, who won an Australian junior quad title in 2007, is the highest-placed Victorian in the professional class at the event. He goes up against his younger brother Jake, 19, currently the 2012 Victorian and South Australian quad champion.

At the state titles in Newry, Jake won with Mitch third.

“We always try to outdo each other, but there’s no love lost out there,” Jake said.

Twelve-year-old Cooper Van Vliet is the current Victorian and South Australian Junior champion and will be riding in the 200cc-300cc class for under 16-year-olds.

Sixteen-year-old Harrison is yet another Van Vliet trying to outperform his brothers and enjoys the argy-bargy between them when they’re out on the track.

“We really enjoy racing against each other,” Harrison, who’ll be racing in the intermediate class at the nationals, said.

“During the week when we train we almost always give each other a little bit of stick, but it doesn’t get nasty.

“One of these days I’ll beat my older brothers (Mitch and Jake) and when that happens I’m going to make them cook me breakfast.”

The brothers’ affinity to the popular motorcycling sport came from their father Rob Van Vliet.

Rob, himself a gifted quad racer, now drives his family and wife Trudy to countless competitions around Victoria and the country chasing titles.

“It’s awesome to travel around the country racing with my family. It makes us a lot closer and the effort we put in pays off with each title our family claims,” Jake said.

“People think we’re just racing farm bikes around but when they first see it they begin to realise how fast and high a quad bike can actually go.”

Admission to the Maffra-Sale Motorcycle Club’s Newry complex on Slaughterhouse Lane is free. Gates are open to the public from 9am Saturday and Sunday.