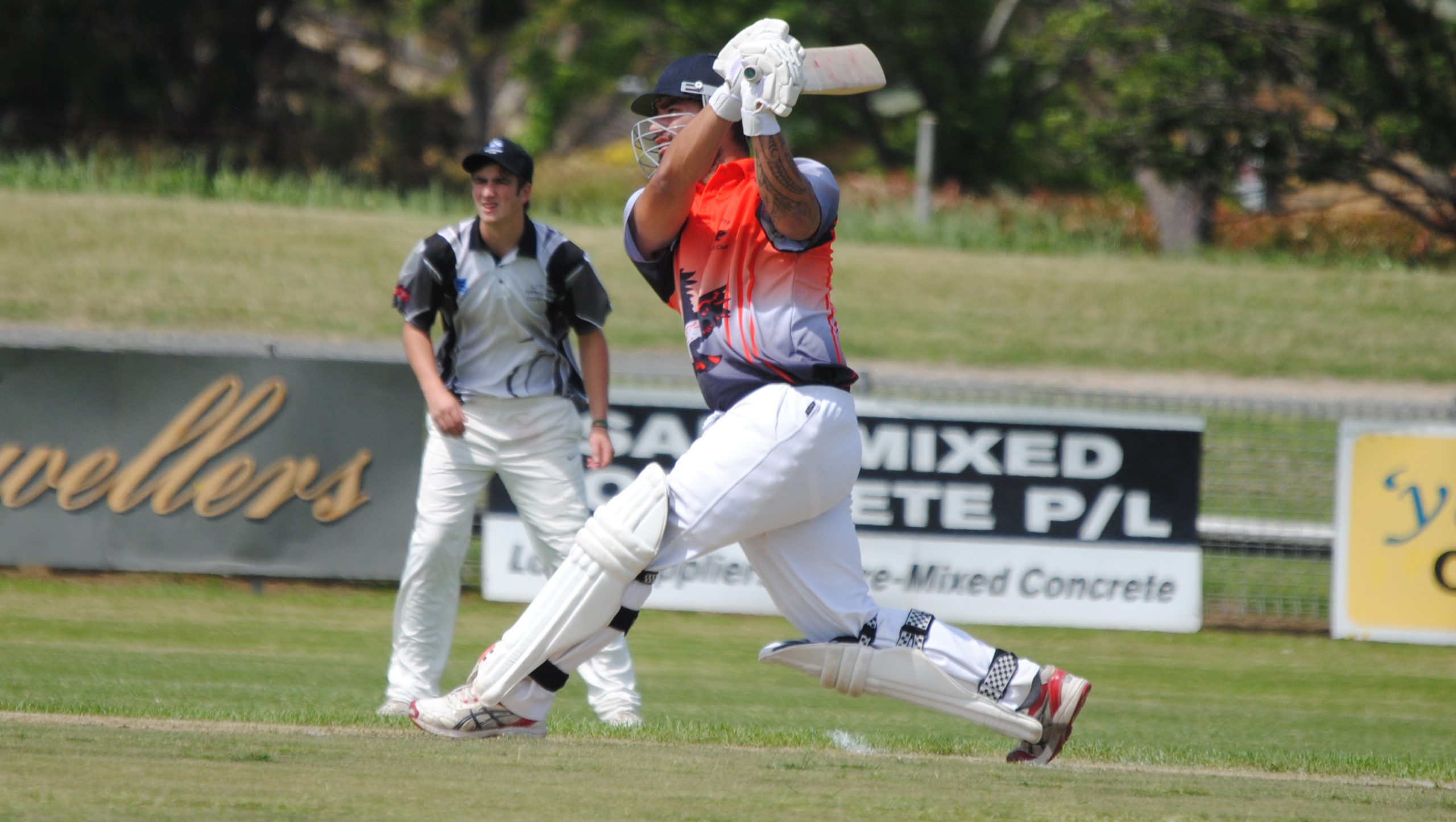 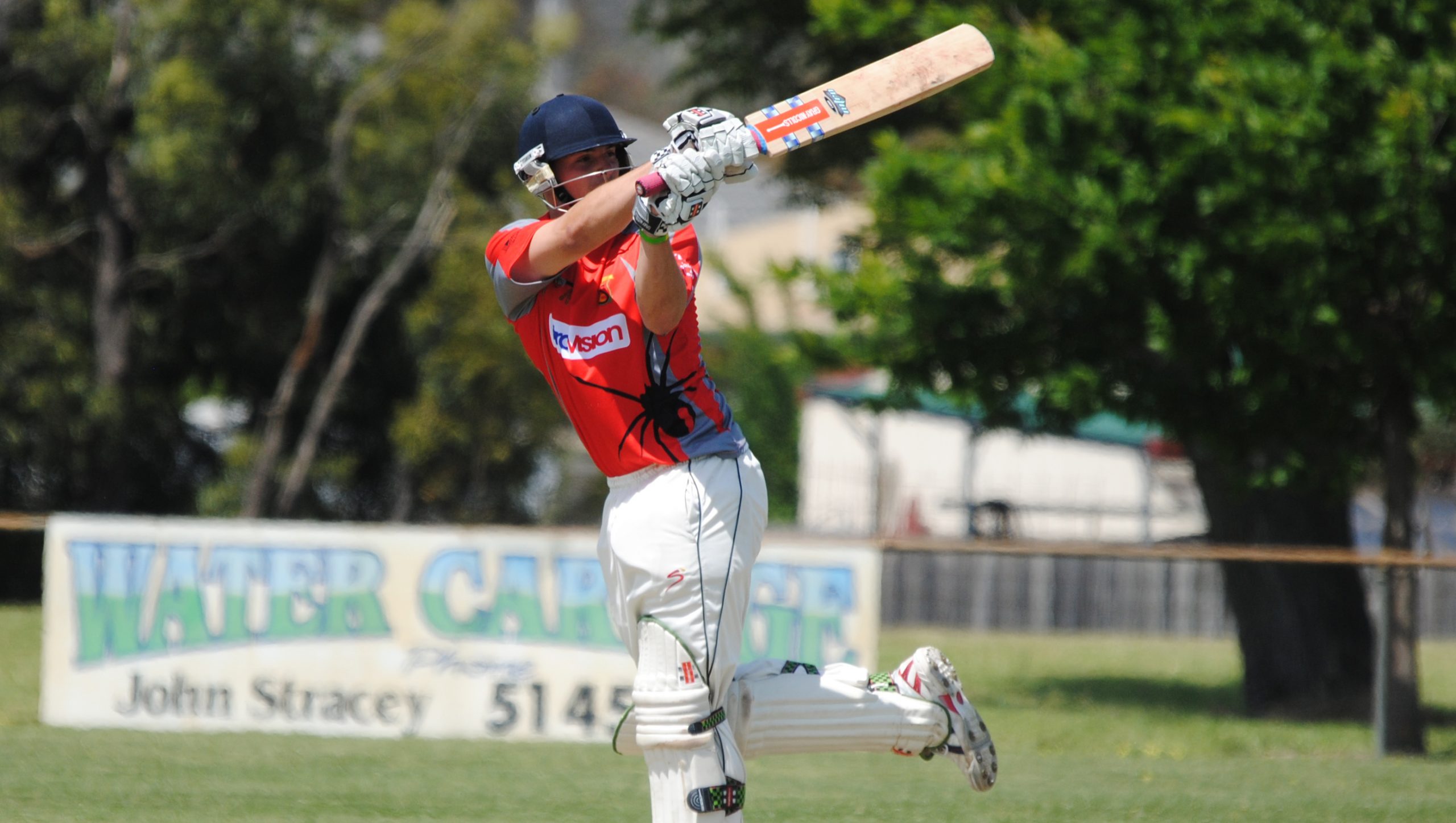 A CENTURY to Josh Rurawhe helped Maffra to a big total and subsequent victory over Sale in round three of Sale-Maffra cricket.

Glenn Semmens was the first wicket to go for Maffra, caught off the bowling of Ben Howes, before captain Brett Lanigan combined with Rurawhe for a partnership of 56.

Sale spinner Scott Wegener broke the partnership, with captain Ian Wrigglesworth taking a catch to dismiss Lanigan, and followed up with the wicket of Josh Davis soon after.

Lucas Mowat picked up three wickets to finish pick of the bowlers, but Rurawhe could not be stopped as he continued on to an unbeaten century, the first in first grade this season. He had good support from Nathan Magnuson in an unbroken seventh wicket partnership of 51, of which Magnuson contributed one run.

Rurawhe took a particular liking to the bowling of Ben Jones, who conceded 60 off his six overs, and Codey Kennedy with his unbeaten 115 helping set up Maffra’s 6-211.

Jones was the mainstay of the Sale innings, carrying his bat for 71 with good support from Will Hector in an opening partnership of 47 before combining with Mikey Hill in a second wicket stand of 63.

Davis, Ben Durrant and Harry Thackray all took one wicket each as Sale finished on 3-137 at the compulsory close.

HALF centuries to Jack Tatterson and Simon Williams helped Stratford to a big score against Collegians.

Williams and Tatterson were the major run scorers with 64 and 62 respectively.

Travis Millar and James Alder got the Stratford innings off to a good start, while Sam Anstee, Ben Channing, and Luke Maguire, who was unbeaten on 18, also helped contribute to the big score of 9-263.

Cooper Hall, Sam Morelli and Jack Goodwin picked up two wickets each for Collegians, while Brenton Rees was the most economical, conceding 26 runs off his six overs.

Maguire took the first four wickets to have the visitor on the back foot at 4-26 in reply. Jack Rietschel and Simon Waixel chipped in with two wickets each for the home side.

The visitor was missing Stuart Anderson, one of 15 unavailabilities across the club’s four senior sides for the weekend.

ROSEDALE-KILMANY had to work hard to defeat Boisdale-Briagolong at home.

After winning the toss and electing to bat first, the visiting Saints scored a competitive total of 9-144.

Anthony Scott was the pick of the Warrior bowlers with 2-26.

Andrew Nicholas took the first two wickets for the Saints before Warriors captain Leigh Freshwater combined with Adam Diamond to steady the ship with a partnership of 64.

Freshwater, who carried his bat for an unbeaten 54, and Anthony Scott, 34 not out, saw the home side to victory with the Warriors finishing on 3-172.

Mitch Bennett fell early, bowled by Nick French, before Jarryd Floyd and Sam Lucas-Laws steadied to see the Lizards to 1-40.

Jones was introduced into the attack with immediate results, the Lizards losing four wickets for three runs.

Mitch Floyd and Layton Armstrong combined for a partnership of 30, while Jason Slattery and Chris Camm were the unbeaten batsman as the home side managed 8-98 off its allotted overs.

Bundalaguah lost an early wicket, and when Sam Bedggood fell with the score on 35, the Lizards were still in the game.

Jason Langshaw combined with captain Matt Dowsett to get the visitor within striking distance before the former was run out for 37. Dowsett, unbeaten on 58, and Jones with 31 not out finished the job, Bundalaguah finishing with 3-155.

Brad Rogers and Mitch Floyd were the wicket takers for Sale City.