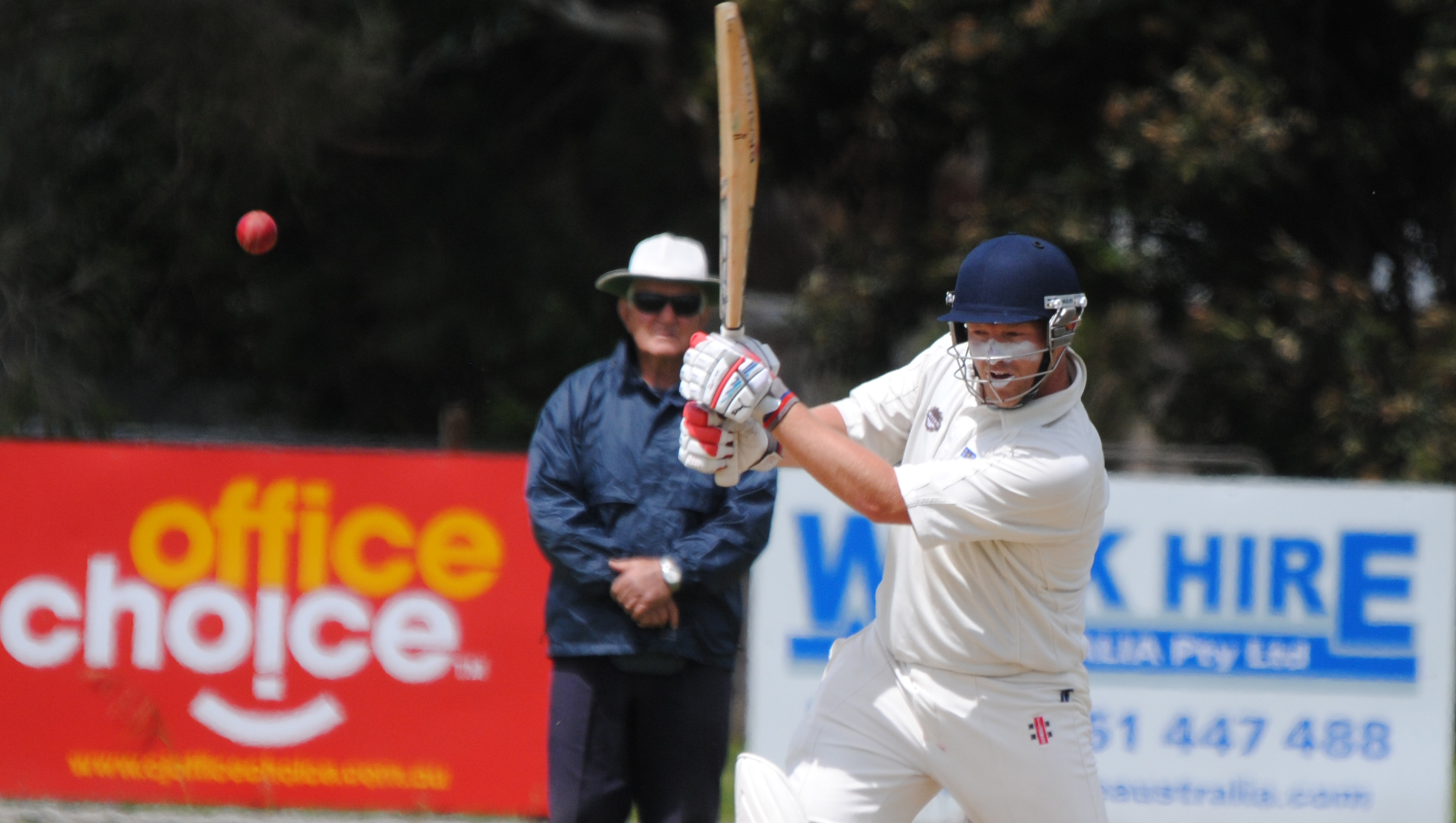 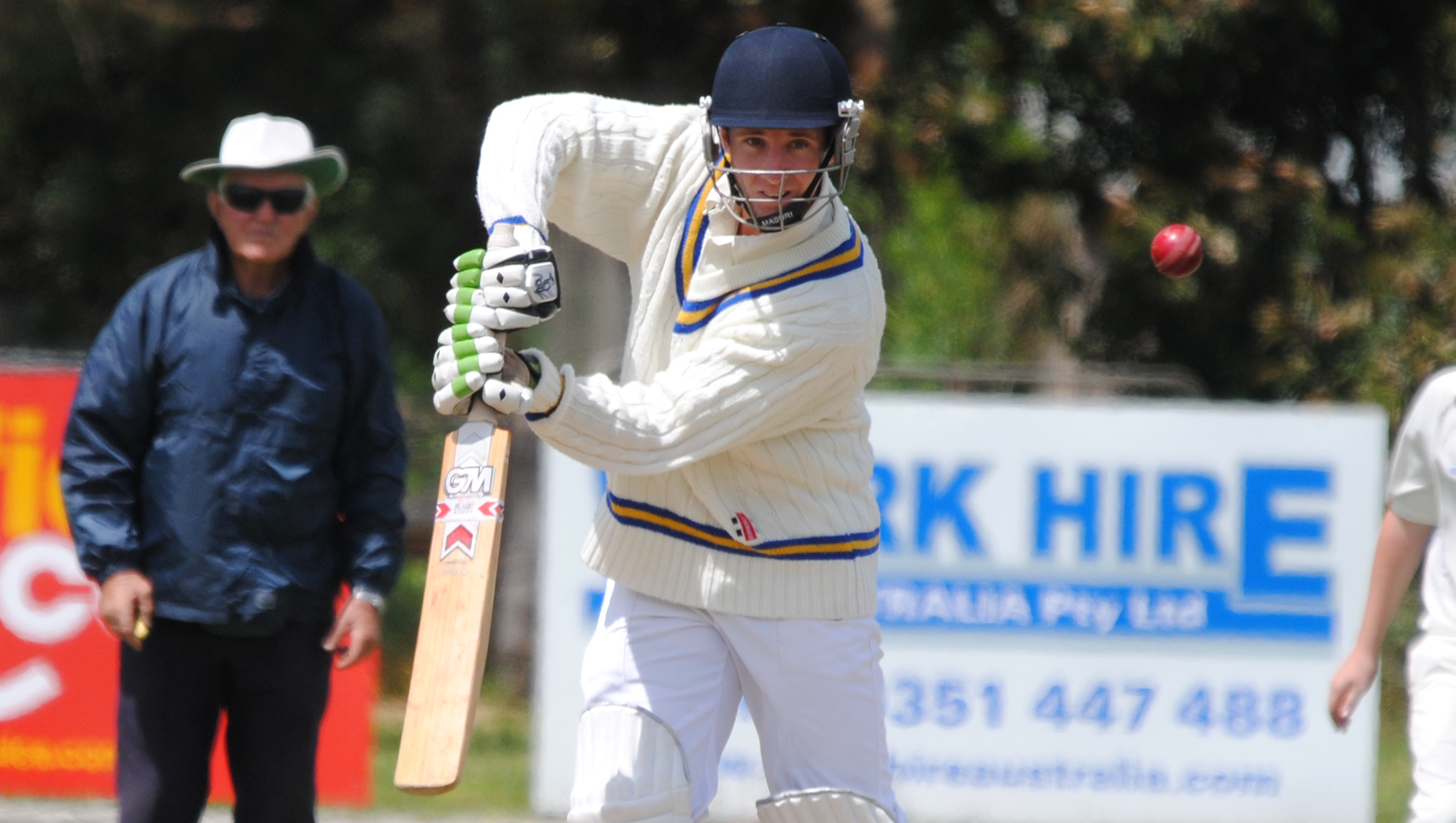 A BIG innings from Sale captain Ian Wrigglesworth set up a big total against Boisdale-Briagolong on day one of Sale-Maffra cricket.

Sale was on the back foot early with Andrew Nicholas and Matt Turnbull picking up early wickets before Wrigglesworth’s big innings of 163 helped the visitor post the big total of 311.

Wrigglesworth had good support from Codey Kennedy, 74, and Ben Jones, 34.

Nicholas led the way with four wickets, while Turnbull and Jason Phillips were the other multiple wicket takers for the Saints.

Chasing a big total, Mick Roberts didn’t waste any time, racing to 32 with the Saints to resume on 0-37. Steve Noble is the other unbeaten batsman on three.

The Lizards won the toss and elected to bat, but the Eagles were able to make regular breakthroughs.

Nathan Magnuson picked up the first wicket before Jacob Weatherley was introduced into the attack with immediate results, picking up four wickets to see the Lizards slump to 5-38.

Brad Rogers and Layton Armstrong did their best to fight back with a partnership of 25, but both were dismissed by Glenn Semmens within a run of each other.

Ben Durrant finished the innings with the final two wickets, with Bohdi Walker, back from touring India with the Cricket Australia Indigenous Development Squad, the unbeaten batsman for the Lizards on seven.

The Lizards had six wicket takers, with Lachlan Floyd getting a breakthrough just before stumps, trapping Tim Bourke in front to return the figures of 1-1 off his only over.

Harry Thackray is unbeaten on 28 while Magnuson is 10 not out with Maffra 6-143 at stumps on day one.

Early wickets to Stratford captain Jack Tatterson and a run-out which saw Sam Bedggood returning to the pavilion without scoring, had Bundalaguah on the back foot early.

Michael Jones and Joel Powell then steadied from 4-35 with a partnership of 54 before the former was trapped in front by Travis Millar for 36.

Simon Williams was the pick of the bowlers for Stratford with 4-39, while Taylor Tatterson returned the figures of 1-12 off five overs.

James Alder saw off the final over of the day from Donald, with Stratford to resume on 0-0.

BRAD Scott led the way for Rosedale-Kilmany with the Warriors in a good position against Collegians.

After early wickets from Michael Tidmans, 4-45, Scott’s 79 helped the Warriors post a total of 188. He had good support from the Diamond brothers, Adam and Rohan, who made 31 and 27 respectively.

Mark and Luke Nicholls were the other wicket takers for Collegians with three each.

Andew Davidson got the early breakthrough for the Warriors with Geoff Wells caught behind before Brad Scott capped his day with the wicket of Chris Hall, trapped in front for three.

Sam Morelli, unbeaten on 12 and Ben Hurley, not out on three, will resume this week with Collegians 2-20.