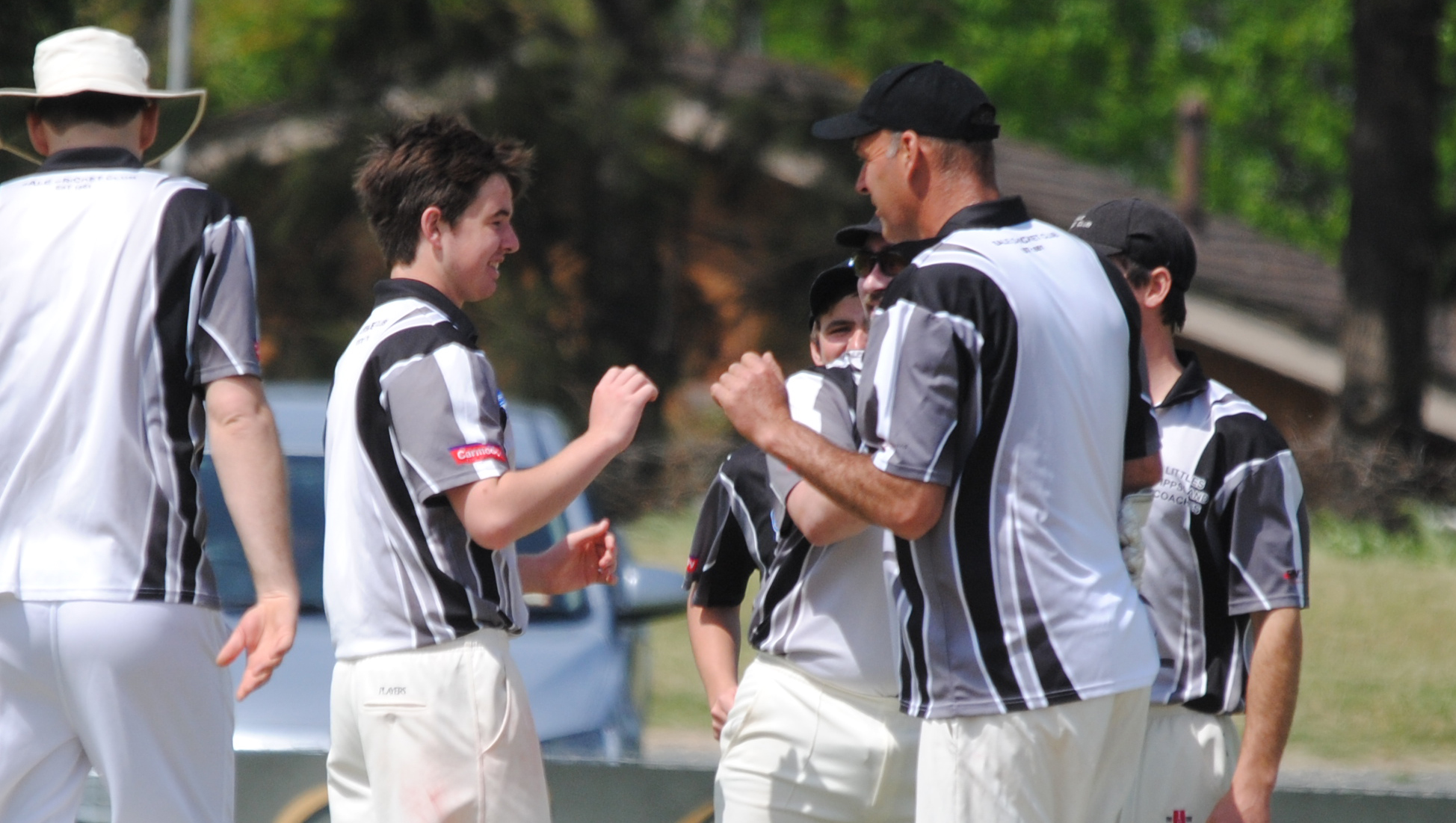 WITH a big total on the board, Sale will enter the second day of its Sale-Maffra cricket clash with Boisdale-Briagolong confident of claiming the points.

After setting up his side’s total with 163, Sale captain Ian Wrigglesworth will put faith in his young bowling attack to defend 311.

Sale has shown improvement in the early stages of the season, scoring competitive totals and will enter the second day favoured to defend the big total.

Sale’s young bowling attack has also shown some improvement, but has been let down by allowing a top opposition batsman get away for a big score with Bundalaguah’s Tom Tudor and Maffra’s Josh Rurawhe, who blasted an unbeaten century, taking the game away from Sale in recent weeks.

Mick Roberts wasted no time for Boisdale-Briagolong last week, racing to 32 with the Saints to resume on 0-37, and will be a key player this week.

The Sale attack will have to work hard, with Roberts, his opening partner Steve Noble and Dylan Bolton all capable of going on to get a big score, while youngster Tom Langshaw boasts plenty of talent and the lower order capable of making handy contributions.

HAVING already claimed first innings points, Maffra could make a play for an outright result against Sale City.

One of three teams on 14 points at the top of the table, an outright victory would see the Eagles move clear on top.

With a lead of 71 runs after bowling out Sale City for 72, it remains to be seen whether the Eagles will bat on or elect to have another go at the Lizards from the outset. Harry Thackray, unbeaten on 28, may be given an opportunity to post a half century.

Despite the low first innings total, the Lizards were at the crease for 47.5 overs and could soak up enough overs to deny Maffra an outright result.

IN other matches, while Bundalaguah will take slight favouritism into the second day, Stratford is capable of chasing down a total of 240. Another side with an in-form bowling attack, Rosedale-Kilmany will be confident of snaring the eight wickets it requires for victory over Collegians, who will resume at 2-20 in reply to the Warriors’ 188.