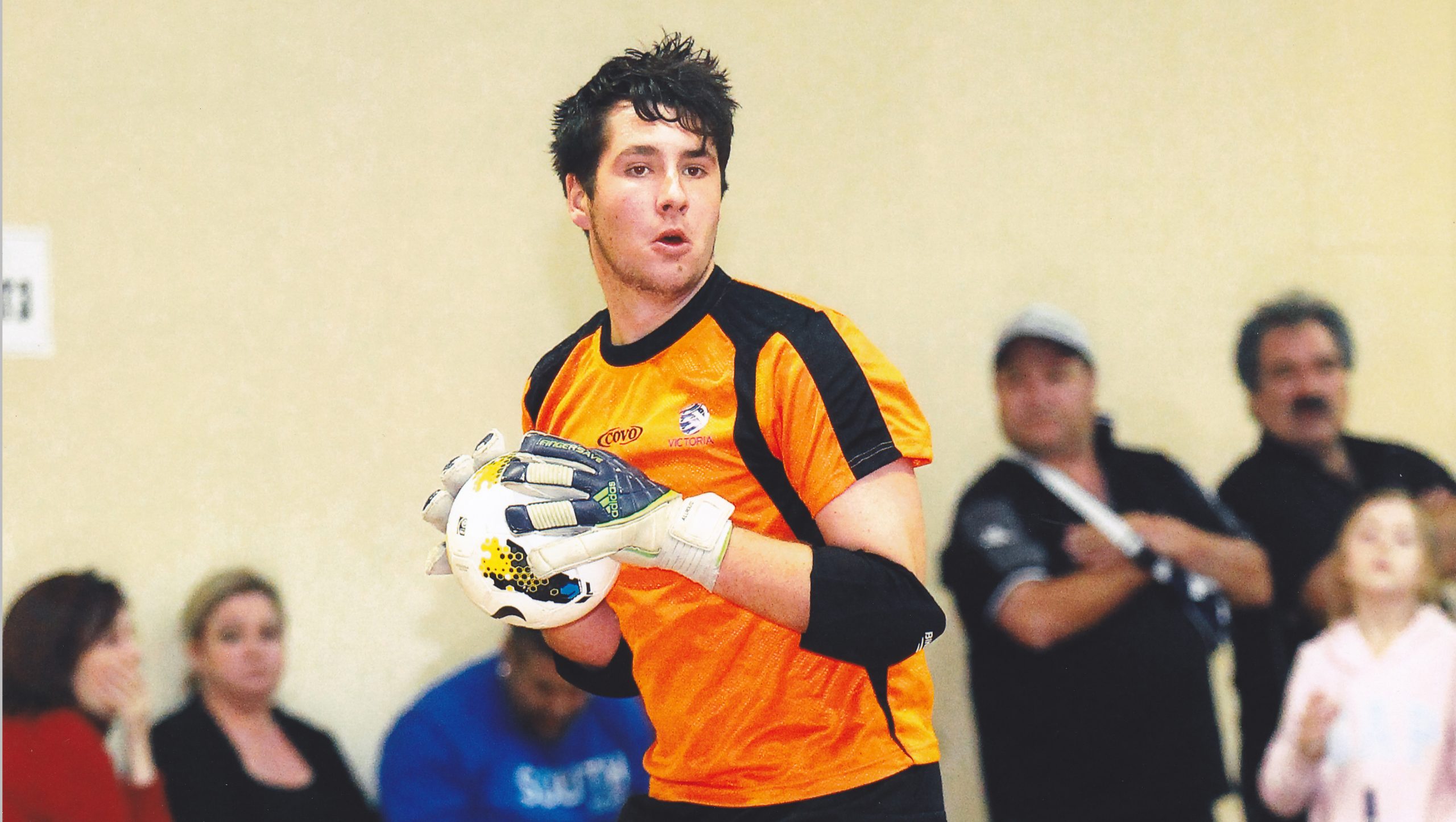 SIXTEEN-year-old Jacob Richardson will represent Victoria for the third consecutive year at the national futsal championships.

After trialling recently, Richardson put in a solid effort to be identified as the team’s goalkeeper again, this time by head coach Garry Liakoureas and assistant coach Andrew Burgess.

Two years ago he was in the state under 14 team which went through the nationals undefeated before losing to New South Wales in a very fast moving final.

Last year as under 15s the team had a tougher time but Richardson was selected as one of the captains.

This year the Victorians are looking to get back to where they were more of a strong force in 2011.

This will be Jacob’s fifth state representative side after also representing Victoria in outdoor at the under 14 and under 15 national youth championships. There are no outdoor state teams for his age anymore, so players are urged to get identified through other avenues.

Richardson continues to improve and impress. He was invited to trial at Victorian Premier League side Dandenong Thunder by coach Lou Kastner. Richardson trialled well and Kastner wanted him to sign him up, but as it was late in the season he will now go down for pre-season training.

As a goalkeeper, competing in both indoor and outdoor competitions helps him become a sharper, more agile and a better tactical player that is able to read the game more effectively.

During the winter season he played for Sale United Football Club where he played in the under 21 team and also had a stint in the first division team. Although he only played half the season for the under 21 side, he still came in third place for the best-and-fairest player award.

The 34th Football Federation Australia Futsal National Championships will be held at the Australian Institute of Sport in Canberra from January 7 to 11.