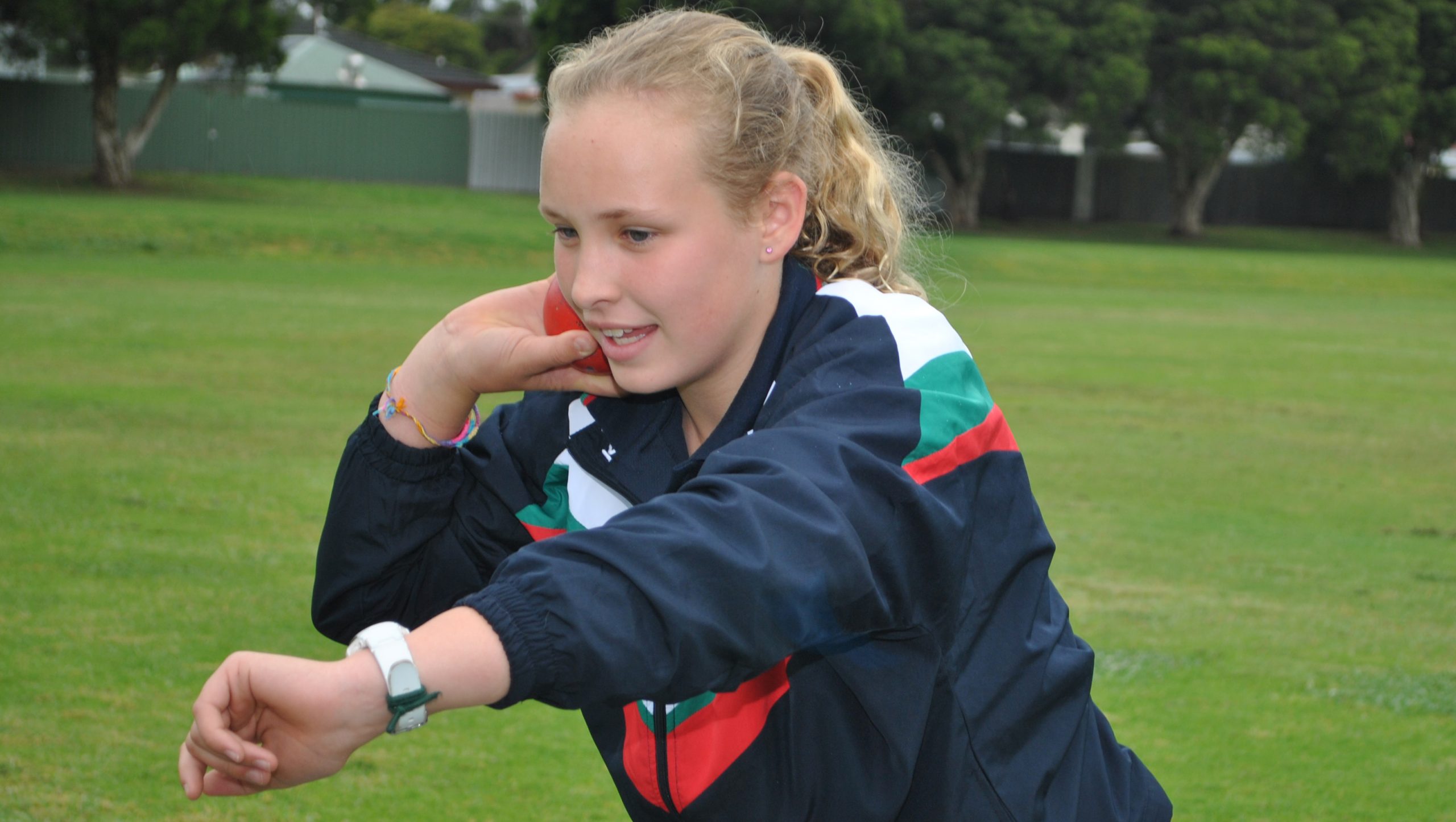 ELEVEN-year-old Amber Ross will head to Adelaide on November 23 to compete as a member of the School Sport Victoria team at the national primary school athletics championships.

A student at St Patrick’s Primary School, Stratford, Amber was also selected in the state team last year, travelling to Darwin where she was the only Victorian to finish in the top eight in shot put and discus.

Amber will again compete in shot put and discus in Darwin, with her selection in the state team involving winning her way through several levels of competition – her school athletics carnival, district, Wellington zone and Gippsland region events before competing at the state championships on October 29 at Albert Park.

Coach Simon Cooper congratulated Amber on her selection, saying it was fantastic to see her hard work and continued efforts being rewarded.

“Amber is an active member of the Sale Little Athletics Centre and works hard towards continued improvement,” he said.

At the Gippsland region event earlier this year, Amber won gold medals in all three events she entered, and set new region records in both shot put and javelin, before going on to compete in state championships in Bendigo in late March where she won a medal in the discus.

Through her performances at region and state events, she met qualifying standards for, and is now participating in Little Athletics Victoria’s junior development squad.

The current season of Little Athletics began on October 6, and Amber has already set new records at the Sale centre for the under 12 in discus, javelin and shot put (the latter two of which she broke her own new records last Saturday) to begin her sixth season.