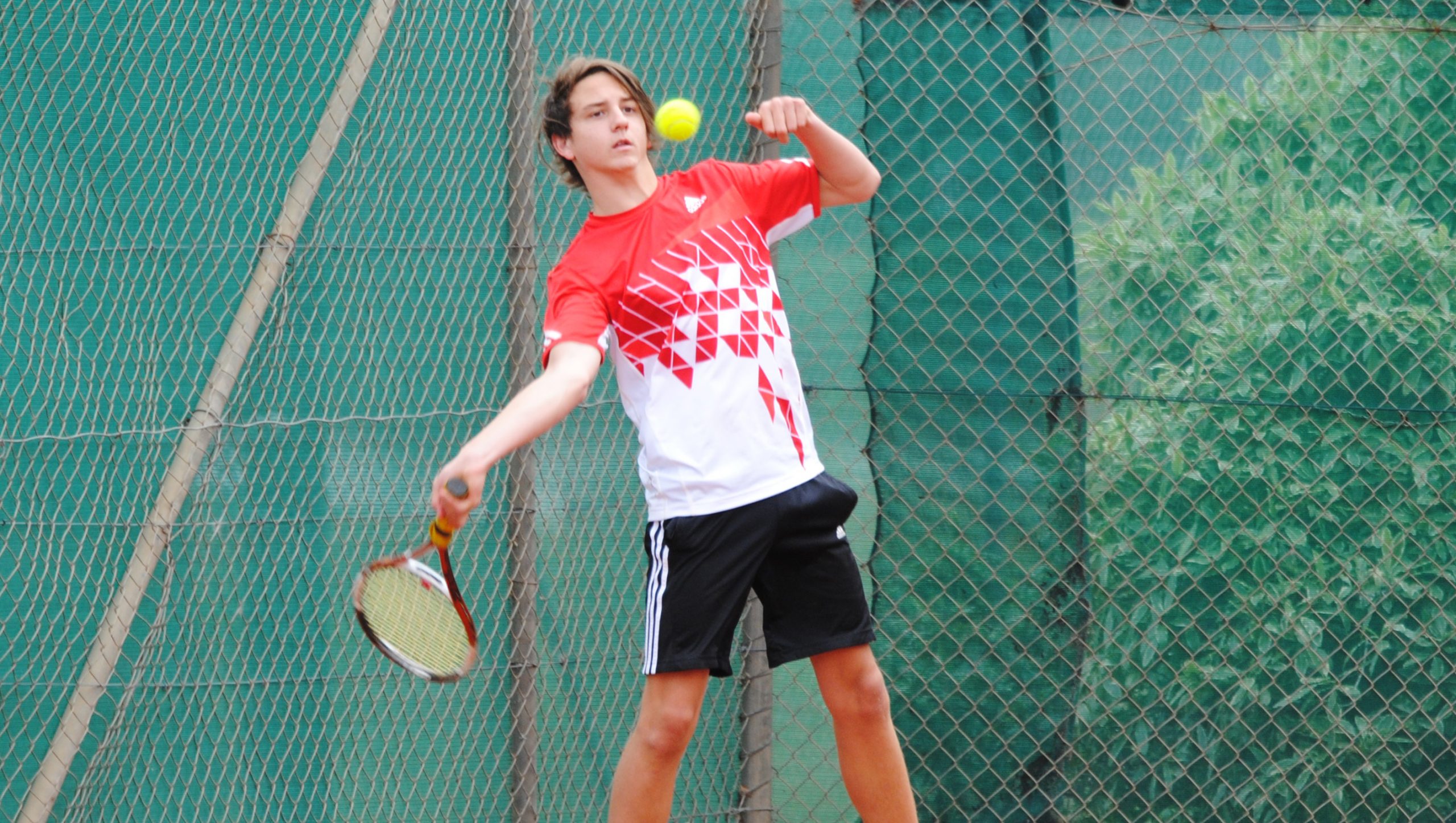 The visiting Bairnsdale team was strengthened with the first time inclusion of Stephanie Barnett, now ranked in the 200s in Australia. Barnett dropped one game in her opener against Star’s Karen Brown.

The skilful Aidan Fitzgerald paired with James Cooper to edge out Abe Schuback and Nick Board 8-6 to give Bairnsdale a 2-0 lead.

Nick McConville and Amy Downie put Bairnsdale up 3-0 after a tense 7-6 6-3 victory over Cohan Schuback and Lexie Joyce.

The experienced Nick Board outlasted the fast improving Cooper in a third set super tiebreaker to bring up Star’s only win of the day.

Fitzgerald and Barnett were pushed 8-6 by Abe Schuback and Brown in another outstanding rubber and Amy Downie continued Bairnsdale’s run with a solid 6-3 6-4 win over Joyce, before Fitzgerald survived an equally skilful performance by Abe Schuback in a thrilling super tiebreaker third set.

Cooper and Barnett proved too strong for Board and Brown, 8-2, and McConville rounded off the day with another tight win over Cohan Schuback, 7-6 6-3.

SECOND-placed Maffra survived a scare from Traralgon Loy Yang Power, winning five rubbers to four in a match which went down to the wire.

Hailey Shanahan continued her good form and got Maffra off to a good start, defeating Natasha Tile 6-0 6-4 before David Hough and Josh Hanrahan evened the score with a 8-4 win over Mitchell Allman and Darcy Cook, an emergency provided by the home team.

Maffra’s Jamie Kemp and Natalie Allman won the important junior mixed doubles 6-2 6-3 over Tile and Alex Kirkbright before LYP’s Hanrahan delivered dominant form to win 6-2 6-0 over Cook to even the match.

Mitchell Allman and Shanahan won 8-4 over Hough and Tile to put Maffra back in front, and then Natalie Allman gave the visitor breathing space with her win over Kirkbright, 6-4 6-1.

Hough produced a memorable win over the in-form Mitch Allman, 6-3 6-4, and when Hanrahan and Tile got home 8-3 over Cook and Shanahan, things were all tied up again, but Maffra’s Jamie Kemp held an unbeatable lead at this point before going on to post the match winning rubber, 6-1 6-1 over Tile.

Jon Burge stopped the Win TV surge with a fine victory in a third set tiebreaker over quality player Josh Charlton, then Salerno and Grumley steadied the ship with their strong 8-5 win over Deschepper and Kaandorp.

Amelia Charlton added a victory for LYP over Wilson, 6-0 6-3, and Salerno returned to the singles winning list with a third set super tiebreaker over Deschepper.

Josh Charlton and Grumley extended their team’s lead by defeating Burge and Kaandorp 8-5, as Olsson chalked up HTW’s second rubber on the day, 6-4 6-4 over Stoddart in a match which could have gone the other way except for a few vital points.

IN round eight, Sale Heron Todd White will host Bairnsdale, Sale Star Hotel will travel to Maffra and Win TV will play Loy Yang Power in the Traralgon derby.

Play-offs for the inaugural GPL season will be held at Sale on December 15.

Plans for the post-Christmas summer season are being finalised with nomination forms available at the end of the week.